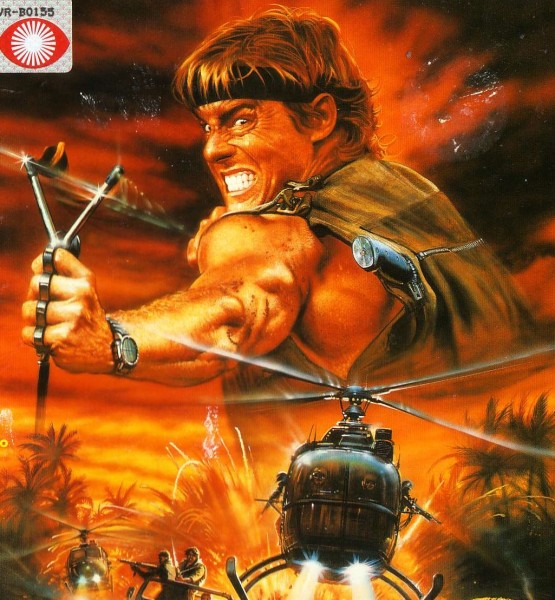 Striker is well paced with tons of action and it’s certainly enjoyable but it’s cheap look and wooden acting let it down.

Plot: John Slade is hired to rescue a journalist named Frank Morris from a Sandanista prison in Nicaragua. He teams with Marta, a local woman, to carry out this mission, but then he’s captured, tortured, and forced to deal with the fact that he’s been betrayed.

Review: The 80’s were such an awesome era for action and there was a new First Blood: Part II knock off every 15 minutes; I say Part II because it was arguably even more influential than the first Rambo.

Striker was an Italian produced rip-off starring Frank Zagarino as John Slade; a Rambo wannabe who is as wooden as Pinocchio. To be fair, it’s not the worst acted movie I’ve ever seen and I will always watch a One Man Army with a smile on my face.

There is plenty of jungle flavoured action as Slade takes out countless goons that just need killing. The villainous Houtman (Werner Pchath) was hilariously over the top and made the film even more entertaining.

That’s not a mistake on the poster with Slade holding a slingshot; that’s his weapon of choice and it fires explodey things to take out even more bad guys. It’s nearly up there with Rambo’s exploding arrows… but not quite.

Melonee Rodgers was a refreshing addition to the cast as she isn’t the damsel in distress; she’s tough as nails and feels like a more believable character.

I also liked that the story took place in Nicaragua so the plot was a little different form the Rambo movies.

Sadly, the movie is only available on VHS and hasn’t been released on DVD or Blu-ray so if you’re listening Blue Underground, please make it happen.

Overall, Striker is well paced with tons of action and it’s certainly enjoyable but it’s cheap look and wooden acting let it down. If you like Rambo knock offs then maybe check it out, otherwise go watch First Blood: Part II again.