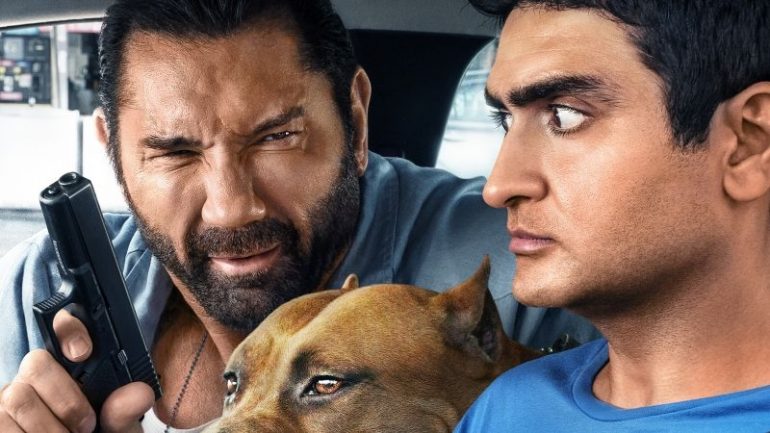 After an impressive opening sequence Stuber rapidly decelerates into a cliched and unfunny buddy movie. Iko Uwais is wasted in a small and pointless role and the lead Stu is basically Jar Jar Binks. I think I’ll start using Lyft from now on…

Plot: When a mild-mannered Uber driver named Stu (Kumail Nanjiani) picks up a passenger (Dave Bautista) who turns out to be a cop hot on the trail of a brutal killer, he’s thrust into a harrowing ordeal where he desperately tries to hold onto his wits, his life and his five-star rating.

Review: I didn’t really have particularly high expectations for Stuber; the only reason I was interested in watching it was having Iko Uwais as the villain. Sadly as with most mainstream Hollywood blockbusters they don’t know what to do with him and he is wasted in a small role as a one note bad guy with little to no dialogue and he only appears at the beginning and the end. So if you want to see Iko giving audiences what we want to see then watch Triple Threat or go back to The Night Comes for Us instead.

The opening scene of Stuber was admittedly quite impressive and fast paced giving us the impression that we were in for a good time. After that however, the movie fell apart and used every buddy movie cliché in the book.

I think I smiled twice during the entire runtime but most of it was just painfully unfunny and the main character of Stu (Kumail Nanjiani) was just a fucking pussy that screamed and cried all the time but we are meant to root for him because he is weak. I’ve seen 11 year old girls with more backbone so I was rooting for the villains in this movie.

Stuber is basically a celebration of the beta male where any guy who actually acts like a man (Dave Bautista) is told he needs to “talk about his feelings” otherwise it’s called “toxic masculinity”. Of course I see Forbes and other rags are singing its praises because of that but that’s the way society has gone now where we rarely actually see men portrayed as strong in mainstream cinema. I long for the days of classic Bronson…

Anyway, back to the movie… there are a few funny moments and the audience I saw it with seemed to be laughing really loudly which baffled me but I think it will do decent if not spectacular business at the box office.

Dave Bautista was believable in the action scenes and has already proven he’s adept at comedy; it has plenty of R-rated moments too but I just couldn’t stand the character of Stu who was so irritating.

The movie is really just product placement for Uber which is the only entertaining idea in it; gags referencing things like shooting the tires out of cars and walking away from explosions have all been done in other better buddy films. I would take Hot Fuzz over this any day.

Overall, I won’t waste any more time talking about this movie other than saying Stuber is painfully unfunny and frankly annoying with a weak and pathetic lead who I hated more than any of the villains. Dave Bautista deserves better as I like watching him in action pictures as he’s a believable star but this is one of his worst films to date and arguably one of the worst films I’ve seen this year.