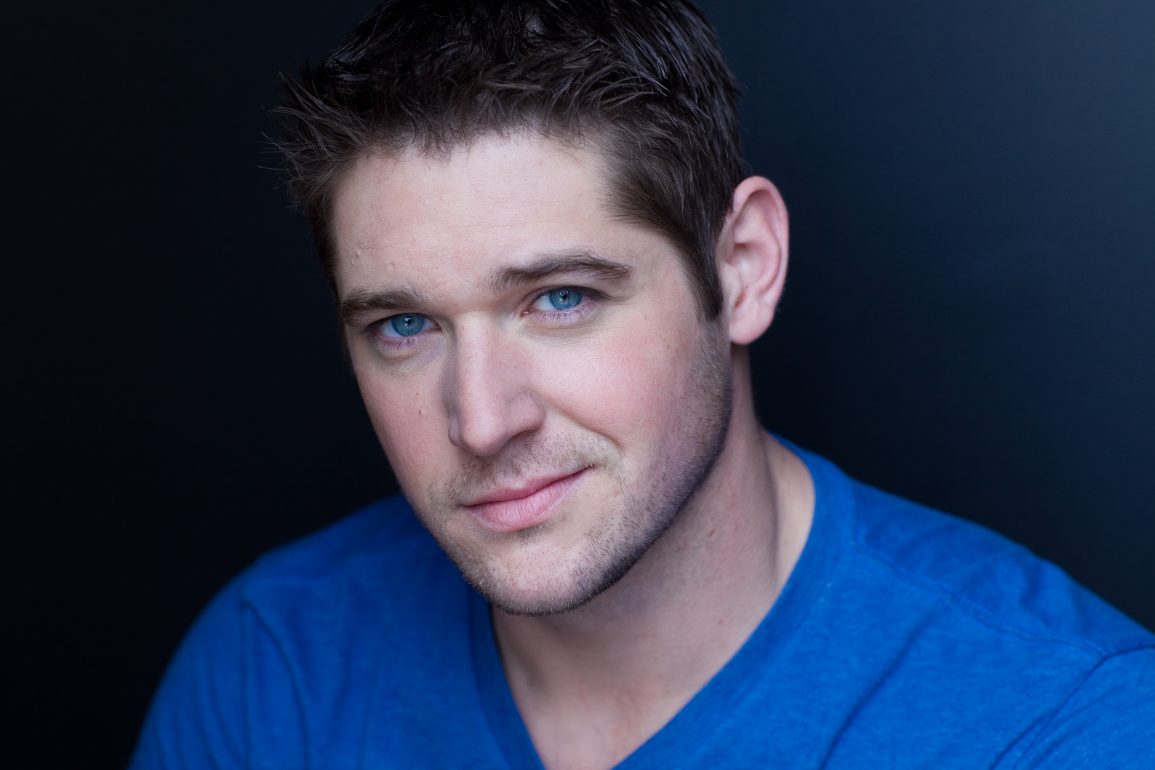 Matt LeFevour has had an incredible career in the stunt industry having doubled for Chris Hemsworth on Thor and working on the stunts for Christopher Nolan’s Dark Knight trilogy. He stunt coordinated Aaron Sorkin’s six-time Oscar-nominated feature The Trial of the Chicago 7 which earned Matt a SAG Award nomination for Outstanding Action Performance by a Stunt Ensemble. He has recently coordinated the stunts for the television series Shining Girls starring Elizabeth Moss and Jamie Bell and he also assisted in coordinating the action for Matt Reeves’ The Batman.

Matthew stopped by to chat about them with us.

Hi Matthew, thanks for talking with me today.

So today we’re going to talk about your work on Shining Girls and The Batman.

You worked closely with several directors including Michelle MacLaren, Daina Reid, Elisabeth Moss. How is it working with different directors to create a singular vision for the show?

It’s really cool because as well as those three directors you’d have to throw Silka Luisa in there as well who was kind of the creative writer and producer, but they all brought something different. Especially with the success when you’re talking about Michelle Mac Laren and Elisabeth Moss and Dana too with the horror genre and getting to see their takes on whether it’s the cinematography or the beats and how they translate that into that genre is awesome, because I’m a fan of that genre. It’s usually only October for my wife and I, but when it comes to October, we immerse ourselves and they dominate those films. Episode six features a major World War One sequence, which was shot all in one day. Can you talk about the logistics of putting all of that together?

It was extremely challenging. We were originally supposed to have three days and we were going to have trenches and potentially flame-throwers and all sorts of stuff that would have been awesome. In what we accomplished in blocking it with that one really long travelling piece and all the guys getting taken out leading up with the turnaround, Daina and I were able to create really cool shots that segway to the turnaround. This allowed us to put two massive cranes up and rig three high lines to have in the piece where Jamie Bell’s character Harper gets blown up. It’s three guys on a high line and a self-motivated stunt man going into the Harper character. It really was awesome. It was fantastic. It worked out great. The funny thing is, if you turned around, there’s a warehouse park behind that (laughs). Putting the set together so that we could shoot those shots and then be able to rig the big stunt at the end and accomplish it in one massive like 16-hour day, was rewarding when you got to see the results; at the time it was extremely challenging to get through.

Yeah, well, your work paid off so you can’t even tell there was a warehouse nearby.

It was just amazing, right? What we were able to do with what we had, turned out fantastic. It was something that we loved.

Over the years special effects have changed but do you still prefer to do a lot of things in-camera as much as possible?

Yes, there’s a huge risk/reward and there’s still beautiful things to do practical like impact shots and some free fall stuff and the car work. There’s a lot of elements. Yes. I’ve been a big fan of limiting any kind of live ammunition for a long time because it’s a pretty easy effect to make go a long way. So some things have really elevated the awesome action and elements that you can create and still maintain really that authentic feel, in my opinion.

Now, episode six also features that car crash scene, which you just mentioned there. How were you able to safely execute the stunt while achieving the desired look?

It’s a really cool process. It started with the reading and then the concept meeting and starting to break it down. I got to do that one with Daina as well. She got a kick out of it because we read it and I’m like, “I’ve done car hits in like five different ways probably”, and talked her through whether it was practical or whether it was cut together with different elements that were practical. Doing it with VFX, green screen or green pads that could be replaced or doing it in plates with the lock off, which was ultimately what we did on it, which creates a very unique feel to it. It still adds all the elements, but it creates a very safe environment to do it. The reality is Daina and I probably both would have liked to have done it practically, but I gave her the guidelines for what we need for the car to make sure that it would be safe to do it practically. The thing we got was a tank, so it was like an absolute no (laughs). Then we went through what the benefits and the feel of the different ways to approach it would be. I mean, you can do cuts with hitting a dummy and inside the car and then outside with a stunt person practically coming off the hood. There’re really cool ways to shoot it but what she wanted with Harper’s reaction and the overall feel of it, and then that element of surprise going with that moving lock off and shooting it in pieces was I mean, that’s the movie magic. We made it look pretty cool.

Do the cast like Jamie Bell and Elisabeth Moss do a lot of their own stunts?

Absolutely. I mean, both of them were fantastic. Outside of the elements that really pose a risk to the cast member they did do everything like a lot of the knife work and the hand-to-hand combat and all those action sequences where there is no huge element of risk. They did all of it, so it looked amazing.

What would you say was the toughest challenge of the series to work on?

It really goes more to the production side of it. We block shot it and it’s not like a feature where you have a lot of prep and a pretty linear schedule. Things constantly changed and on the flip side, with those changes, a lot of really cool things evolve to getting to work with those three directors. They were all very, very much involved with the action and the stunt elements and it allowed us to really add some cool elements that added a lot to the series which is awesome.

Did the pandemic change the way you have to do your job?

Depending on who could potentially test positive, it could change the schedule a little bit or change it a lot. We definitely had personnel that put through approval processes and everybody would be expecting to work with and then they’d unfortunately test positive and you’d have to go back into alternate options or scramble mode.

Yeah particularly if you’re doing close up fight scenes and everything, then you’ve just got that constant battle against being too close to others so it must just be so frustrating.

It puts a unique twist to things. In general, everybody just kind of adapts and goes with it; I think after coming out of not working for a period of time I think we’re all kind of willing to do what we need to do to keep the process going. 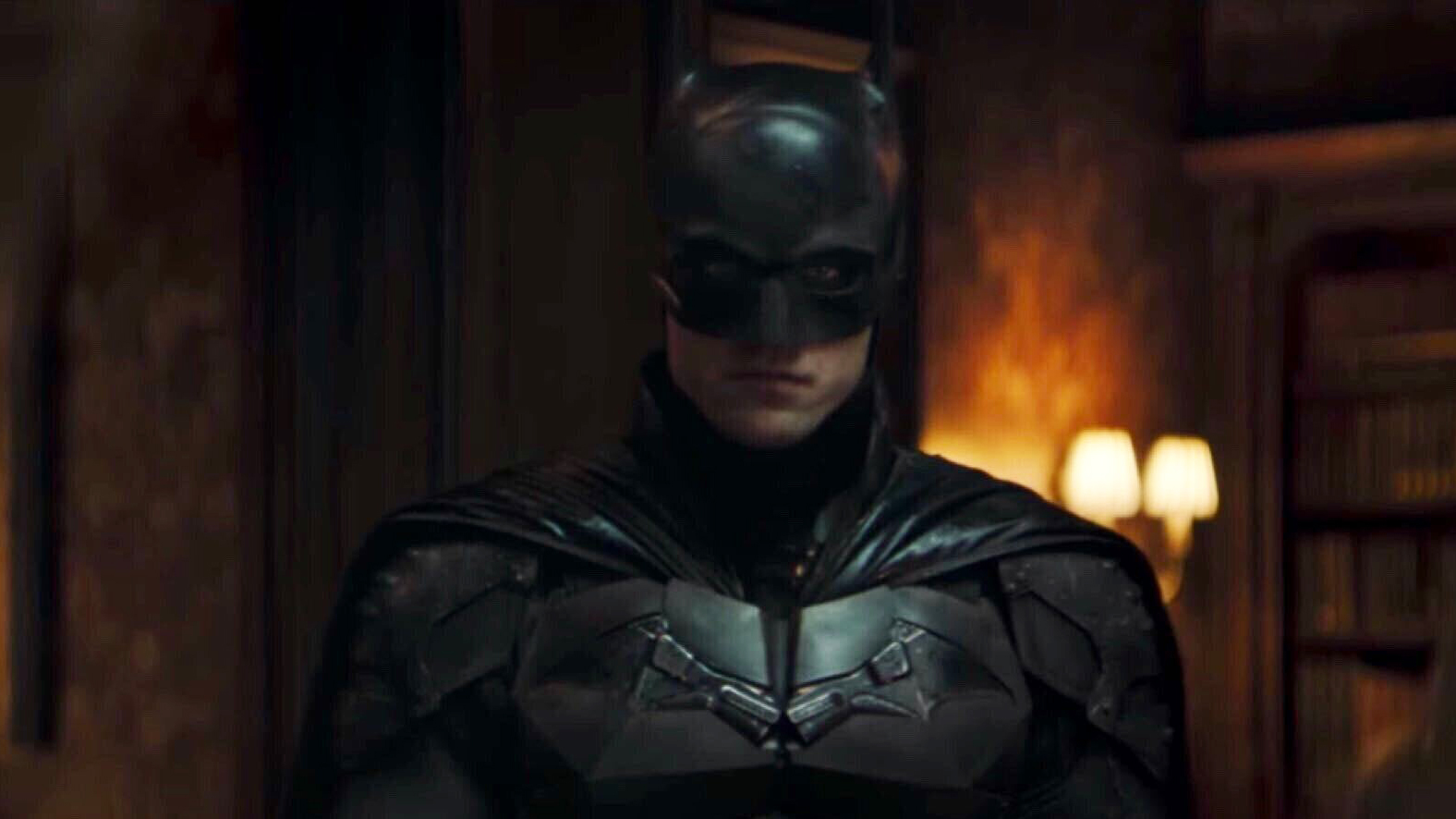 Yeah. Now, you also worked on the stunts for this year’s The Batman didn’t you?

Yeah, I got to do the Chicago elements, which is great. We coordinated a lot of it with the U.K. stunt team, too. They had put some of the ideas and elements together for a lot of the driving sequences and then we got to do a lot of the testing and then all the shooting, which was a lot of fun. I’ve been blessed and got to have the opportunity to work on most of the Batman movies; not any of the Michael Keaton ones, but all of the Christopher Nolan ones. I’ve been a little lucky. I got to work with a little bit of the DC and a little bit of the Marvel Universe and every time it’s been a fantastic experience just to see how different coordinators and different directors and people approach the action genre. That’s all kind of combined to create my own style, which reflects on a lot of that experience.

Were you involved in putting the wingsuit sequence together?

No, I did not have anything to do with the wingsuit stuff. I was aware of it, but I was not there on the day or involved in any of it. Just amazing. I mean, the last time I saw a Batman fly like that was in my living room when I was a kid and what they did was awesome. The work I got to do was mostly the driving and then the motorcycle stuff that was shot in Chicago.

Have you ever done a wingsuit in real life?

No, I’ve only skydived twice and it was a rush. I could see how people would want to keep going, but nope, never put a wing suit on as that’s next level. I really respect those guys that push those limits. But I have got three kids I’m pretty good with not doing that (laughs).

How is the process different for stunts working on TV compared to films? Do you find one has less time? I imagine with TV you would have less time…

Yes, on TV you don’t have a ton of prep. It’s like there’s a lot of overlap with shooting and prepping your next episode. Depending on which show you’re working on, you can have months of prep to get sequences and bits ironed out with your director and your DP and everybody else that would have input. So on the day, you’re a well-oiled machine. In TV, on the day there’s literally like, “okay, this character’s going to have a different influence on this”, or “we’re going to shoot it this way instead”. Literally last night we were doing a car hit and we had a storm, so we had a two-hour delay. Our lighting was gone so now we’re re-blocking and doing different lenses and frames to accomplish it with what we were working with to still make the day.

What’s next for you that you’re working on?

I’m on PowerBook for season two and it’s on Starz and It’s fantastic in terms of what I get to do with the action side of the storytelling. It’s very much in the storytelling world; you have your buy in and this is an all action buy in. We’re shooting episode two and I’m prepping three and it’s a fun opportunity to constantly be giving creative input to a story.. It’s been exciting so far.

Awesome. Well, all the best with your future projects. Thanks so much for taking time out to chat with me tonight.

No, I really appreciate you. Thank you so much for your time.