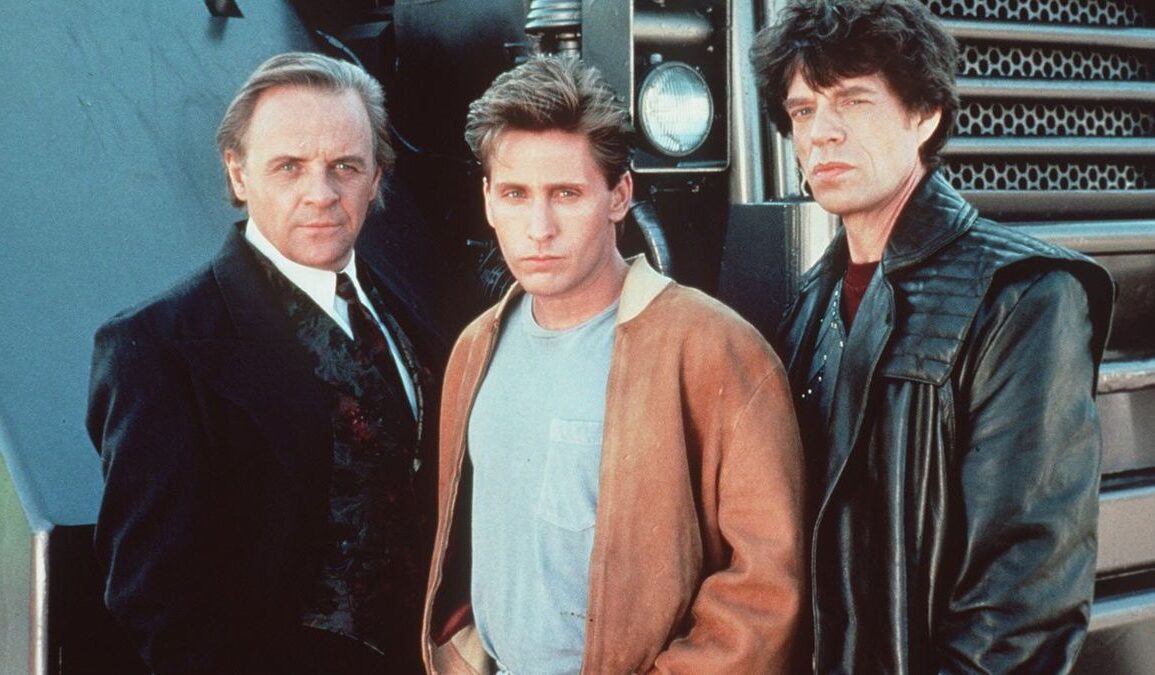 Plot: Auto racer Alex Furlong (Emilio Estevez) is snatched by time travel, a split second before a fatal explosion, by Vasendak’s (Mick Jagger’s) twenty-first century team of techies, who plan to sell his healthy body to an ailing rich man at McCandless Corporation, for a mind transfer. He escapes, but has no rights in this nightmare future of violence and sleaze. The story concerns his survival, and his attempt to revive his relationship with his fiancée Julie (Rene Russo), now fifteen years older and an executive at McCandless.

I remember when Freejack first came out it was generally met with derision from critics and even now it’s sitting at 26% on Rotten Tomatoes. As silly as the movie is I’ve always had a soft spot for it mostly due to Mick Jagger’s campy villain Victor Vacendak who chews every inch of the scenery where I’m surprised there’s any left.

I also miss seeing Emilio Estevez led blockbusters too as he was always an appealing lead who had that everyman charm. We’ve also got an impressive supporting cast including Anthony Hopkins, Jonathan Banks, Jerry Hall, John Shea and Rene Russo so it’s basically a B movie in A list clothing. I particularly enjoyed Amanda Plummer as the Nun who kicks Jonathan Banks in the nuts after he slaps her as it’s one of the most satisfying scenes in the film.

Freejack has near constant action with awesome car chases, regular explosions and just a genuine sense of fun. There are some dodgy visual effects which weren’t even good at the time but that’s all part of the entertainment value.

I’m still waiting for them to create the technology so I can put my consciousness into a younger body as this current vessel has certainly seen better days.

Overall, Freejack is hardly cerebral sci-fi but it doesn’t have to be and is just some fun escapist nonsense with a show stopping turn from Mick Jagger who has to be seen to be believed. So Sue Me! I like Freejack and if you don’t then you probably have better taste than me.