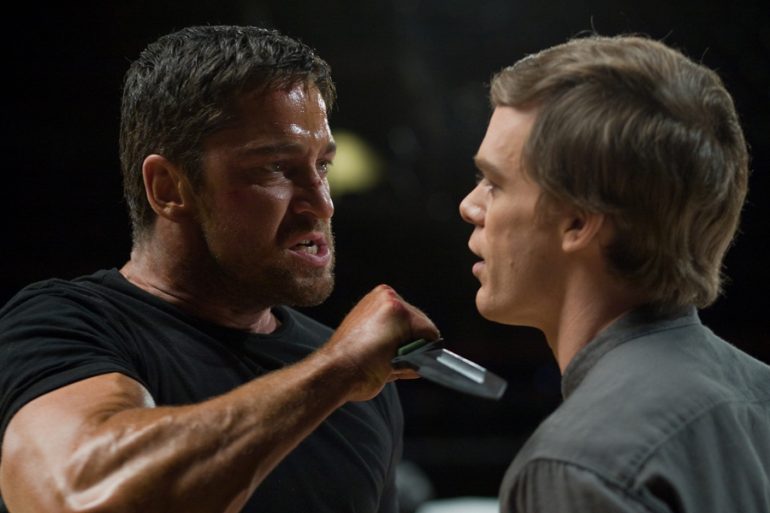 Plot: Each week Kable (Gerard Butler), a death-row inmate, battles his fellow prisoners in a violent online game called “Slayers,” his every move controlled by a young gamer’s remote device. To the players, Kable and the other inmates are just simulated characters. But, to a resistance group that opposes the game’s inventor, Kable is a critical component of their plan to end the inventor’s form of high-tech slavery.

This Gerard Butler actioner kind of disappeared without trace, despite the fact it’s actually a pretty entertaining Hard R actioner. Not only does Butler get to kick some ass with some serious firepower, but he also gets to fight Dexter himself, Michael C. Hall.

Terry Crews is clearly having a blast as a villain who has one of the quickest bad guy deaths ever; I find the action to be innovative and crazy but as it’s from the directors of Crank what do you expect?

There is something genuinely unsettling about it which stuck with me after watching; with such characters as Rick Rape and a fat computer nerd/perv it’s certainly not for the faint of heart.

I can understand why people wouldn’t like it as it’s definitely an acquired taste; you may feel like you need a bath after watching as the fat naked perv guy is just way too creepy and nearly kills the movie but it rockets along at a good pace though and Butler has already cemented himself as a kick-ass action hero too.

So there you go, I like Gamer and if you don’t like it then I’ll see your ass in court.