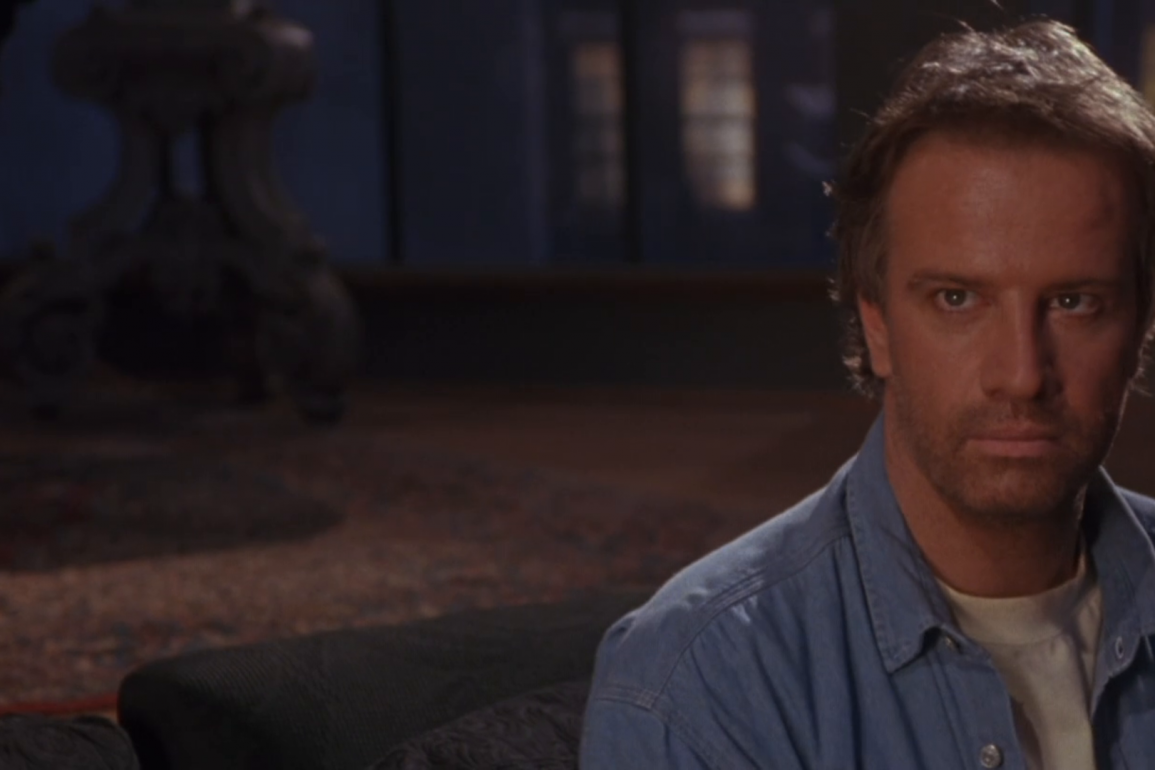 Plot: Deceived that he had won the Prize, Connor MacLeod awakens from a peaceful life when an entombed immortal magician comes seeking the Highlander.

Sitting at a pathetic 5% on Rotten Tomatoes Highlander III: The Sorcerer (or The Final Dimension depending on where you live) is widely reviled but for me this is the perfect movie for a Sue Me article as it’s just wonderfully escapist nonsense. I have it (as well as Highlander 2) on VHS so I dusted it off the other night and revisited it and it’s every bit as bonkers as I remember.

It doesn’t break any new ground but feels more like a proper sequel to the first movie more than the ambitious (but once again widely criticized) second movie. I can find something to enjoy in all the Highlander movies as I just love the mythology of it especially considering I’m from Scotland. We get some nice training montages of Connor in Scotland with some wistful music which makes me homesick every time I watch it.

Highlander III is essentially a retread of the first movie with no surprises in the story but it’s Mario Van Peebles chewing the scenery and hamming it up at his growly best as the villain Kane that makes this such a fun time. Kane was a popular name for antagonists in the 90s as the villain in RoboCop 2 was also named that.

The bad guys in the Highlander movies are just fun to watch and although Kane is a little too similar to The Kurgan he’s still entertaining; the scene where he is driving the car after he has kidnapped Connor’s son is practically the same as The Kurgan’s New York rampage from the first but it gives Mario Van Peebles an excuse to go totally over the top.

I also find it hard to dislike any movie with Christopher Lambert who brings that easygoing charm and a few one-liners too as the appealing Connor MacLeod.

The music score is a little intrusive at times and I do miss Michael Kamen’s score and Queen’s songs but there are few epic choral moments which elevate the action.

It’s a fast paced 98 minutes with several swordfights but also keeping the style of the original alive. We get flashes back to the past where Connor met one of his many loves Sarah (Deborah Ungar); he is reminded of her when he meets Alex Johnson (also Deborah Unger) who has uncovered a cave in Japan where Connor’s old nemesis Kane has been lying in wait for 400 years. Connor thought that he had won the Prize but when he discovers Kane still lives the battle begins again as we all know there can be only one…

This version is apparently quite different from the original script where MacLeod had an Immortal friend named Cavanagh and the main villain was named Kilvera. According to IMDb “The script started depicting what happened with Connor after he buried Heather as well as a scene that revealed that he kills Jack the Ripper who was an Immortal as well”. Jack the Ripper would have been an interesting antagonist…

Overall, Highlander III may be a little too similar to the first movie and it’s all very silly but I like silly and I still think it’s a blast mostly due to Mario Van Peebles going over the top as the villainous Kane. So Sue Me! I like Highlander III and if you don’t then I’ll see your ass in court!