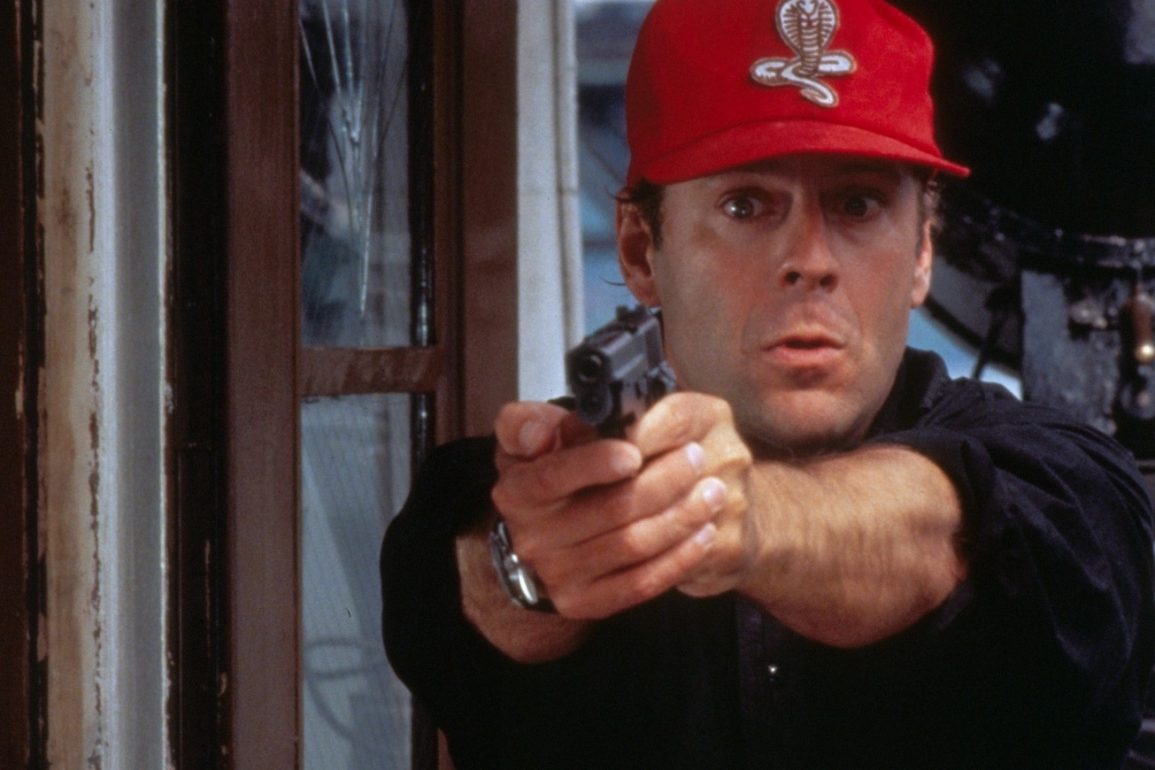 Plot: Sgt. Tom Hardy (Bruce Willis) denounces his partner, Jimmy Detillo (Robert Pastorelli), for brutally interrogating a suspect. After Jimmy falls to his death from a bridge, Tom is transferred from homicide to the river rescue team. Two years later, the bodies of murdered young women begin turning up in the water — all of whom were previously romantically linked to Tom. With the help of his new partner, Jo Christman (Sarah Jessica Parker), Tom sets out to find the killer.

I go into spoilers so if you have never seen this movie the you’re best not to read on.

Sitting at 14% on Rotten Tomatoes Striking Distance was seen as a bit of a stinker when it first came out and although not one of Bruce Willis’ best movies, it is still pretty entertaining and I found the story rather interesting too. I thought the river cop aspect was something that hadn’t been done much before and it had enough twists and turns to keep things engaging.

Brion James is arguably the biggest asshole on the planet in this movie and you so want to punch him in the face. Man, I miss him from movies, he was so good at those kinds of roles.

Bruce Willis was still cool at this point and although his character is haunted by the past he still manages to be sympathetic and make the river cop uniform slightly less lame. Sarah Jessica Parker almost looks attractive in this movie too and this was before the days of CGI; not sure how they managed that but she was alright in it.

Any movie with Denis Farina gets a thumbs up from me too as no one can shout quite like him, although he doesn’t do enough of it in this movie. He’s another actor who was taken too soon from us. RIP.

Tom Sizemore’s character Danny is interesting because you are convinced that he is going to be the real villain and it’s a nice red herring how it plays out.

The late, great Robert Pastorelli is suitably crazy as the “best cop” Jimmy, the real villain of the show and his final fight with Bruce is pretty tense too.

Brad Fiedel provides an electric guitar fuelled score which as you all know ticks all of my boxes. It works best during the rather impressive car chase at the beginning and the main tune during the end credits. It has moments that also sound like his scores to the first two Terminator movies.

It doesn’t have that much in terms of spectacular action and the script is pretty forgettable too with only the “Who’s the best cop now?” being the only memorable piece of dialogue.

Interesting sidenote: this is also directed by Rowdy Herrington who directed the Swayze classic Roadhouse which incidentally is at 38% on Rotten Tomatoes. I hate real critics.

So Sue Me! I like Striking Distance and if you don’t then I’ll send Sarah Jessica Parker after you.