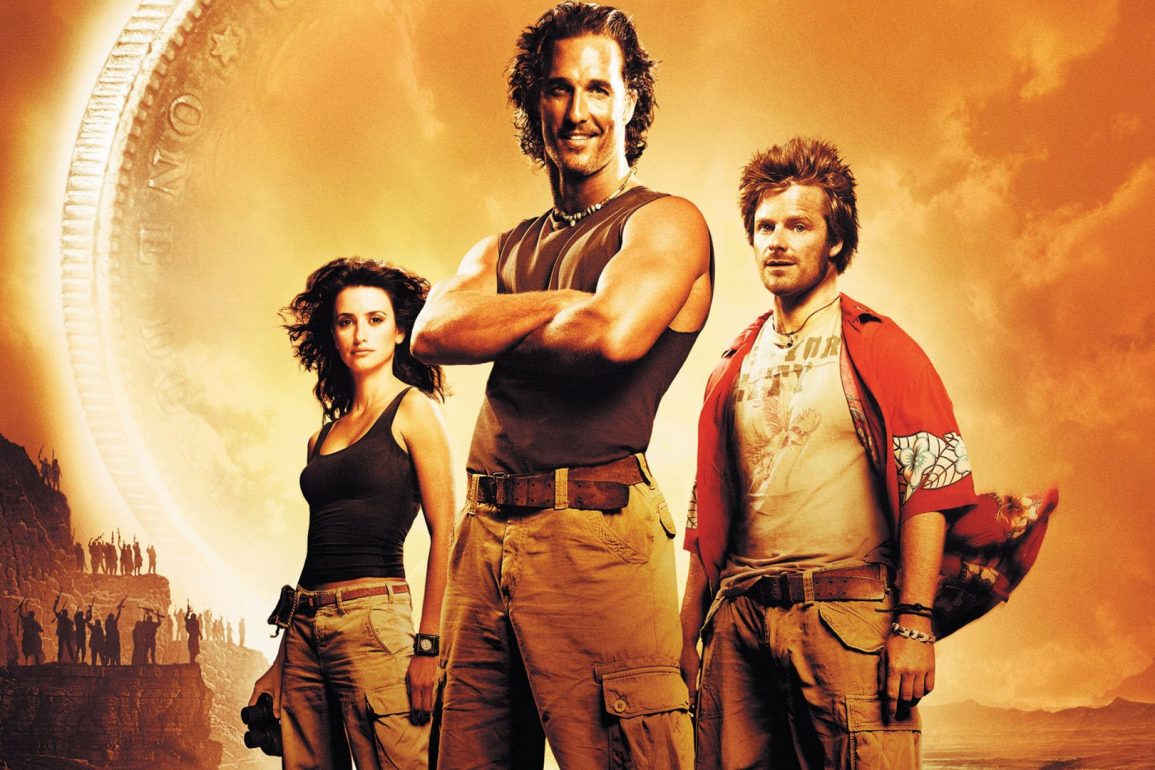 I think the main thing people really remember about the movie Sahara is the legal battle between author Clive Cussler and the filmmakers.

Cussler apparently said he was not happy with the movie adaptation and it all escalated from there.

When released in 2005, the movie starring Matthew McConaughey and Penelope Cruz was all set to become the next big action/adventure franchise but didn’t exactly set the box office alight.

I think most people’s reactions were along the lines of “meh” but personally I’ve always loved it. Why? it’s quite simple; the adventure genre is one of my personal favourites and Sahara was essentially a blend of Indiana Jones and James Bond.

It had plenty of action with a rather spectacular speedboat chase as well as a classic music score from Clint Mansell. It had a great theme tune and for me remains one of the best action movie scores of recent times.

Matthew McConaughey played our hero Dirk Pitt and personally I thought I thought he did a great job.He also showed real dedication while promoting the film; I remember he crossed the country in his Ford pickup, hauling an Airstream trailer advertising the movie. He apparently stayed at trailer campsites and visited baseball stadiums during spring training.

In the movie I liked Dirk’s relationship with Cruz’s WHO character Eva Rojas as they raced to stop the villainous General Zateb Kazim (Lennie James) from poisoning the local water supply. Rojas is actually useful and not a damsel in distress.

The film was surprisingly violent as well considering its PG-13 rating and the action was pretty much all done practically.

Was the movie flawed? Yes, the script wasn’t all that exciting, it went on for far too long and Steve Zahn’s character was rather pointless. It never dulled the sense of adventure for me though and I would have enjoyed seeing Matt and Co. return for further missions. Sadly, it will always be remembered more for the lawsuits and poor box office but I will keep coming back to it over the years.

So Sue Me! I love Sahara and if you don’t then I guess I’ll see your ass in court… and probably Clive Cussler too.