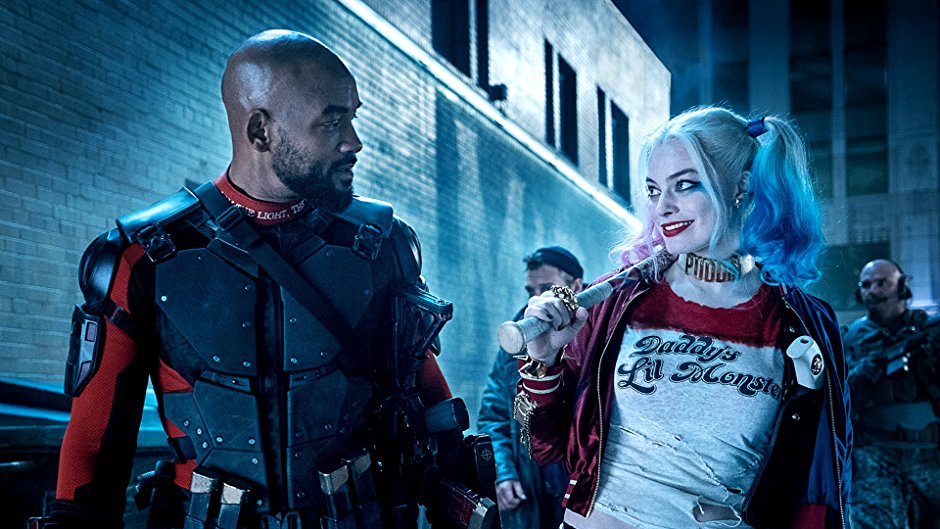 Suicide Squad is nearly as bad as the critics say but despite its flaws it still manages to dazzle with some spectacular set-pieces and first rate performances from Will Smith and Margot Robbie.

Plot: It feels good to be bad… Assemble a team of the world’s most dangerous, incarcerated Super Villains, provide them with the most powerful arsenal at the government’s disposal, and send them off on a mission to defeat an enigmatic, insuperable entity. U.S. intelligence officer Amanda Waller has determined only a secretly convened group of disparate, despicable individuals with next to nothing to lose will do. However, once they realize they weren’t picked to succeed but chosen for their patent culpability when they inevitably fail, will the Suicide Squad resolve to die trying, or decide it’s every man for himself?

Review: I’ve been looking forward to Suicide Squad for so long that there was no way it could possibly live up to my expectations. Early critical reaction has once again been mixed; with BvS I disagreed with critics (and most people in the entire world) and loved it but with Suicide Squad for once the critics aren’t a million miles off.

It is entertaining and (obviously) the scenes featuring The Dark Knight were my favourites; Jared Leto’s Joker was something different and I thought he was interesting but underused. There was apparently more footage of The Joker but some moron thought it was a good idea to remove it so hopefully we get an extended cut on Blu-ray. I think one of the problems with having The Joker in a film is that he eats up the screen and you just want to see him and Batsy facing off against each other. Leto brings a new kind of menace to The Clown Prince of Crime and as soon as we see him in the straight jacket talking to Harleen he is immediately deranged and quite terrifying.

One of the most memorable lines from the trailer “I can’t wait to show you my toys!” wasn’t even in the movie and (thankfully) Will Smith’s “Let’s go save the world” was cut which I think we can all be happy about.

Speaking of Smith, I have to say I was impressed with him in this as he was the one aspect I wasn’t all that excited about but he nailed it, making Deadshot likeably badass. His action scene on the cars where he takes on an army of faceless goons is arguably the action highlight of the entire movie.

As expected though this is Margot Robbie’s show who steals every scene as the lovably bonkers Harley Quinn; she’s sexy and crazy which is just my kind of girl. I really hope in The Batman we get to see more of her and The Joker who are easily the best romantic couple of 2016. Their abusive relationship is right out of the comics and there are some fantastic visual moments which will make you not even want to blink in case you miss something.

The first hour is almost an onslaught of noise and wastes no time in getting going; it has a kinetic energy but I did find that there were a few too many fast edits so I couldn’t see what was going on. I also couldn’t hear what was being said at times which is a bit of a problem.

The biggest flaw with the movie is the crappy villain in The Enchantress who feels like an unwelcome intrusion to The Joker and Harley party; she’s just a bland comic book monster who wants to destroy the world and (although she has a cool voice) her bizarre dancing causes a few too many moments of unintentional humour. We all wanted The Joker to be the big bad and if we’d had him with a dirty bomb or something like that then that would have been so much better than the CG filled finale.

The rest of the cast are all spot on and I was surprised how much I loved El Diablo and *sharp intake of breath* Jai Courtney as Captain Boomerang; this is the role he was born for and he is clearly loving every moment. You can tell the entire cast are just having a blast and it’s hard not to get swept up in it all.

You can tell a lot has been cut so the film is disjointed and perhaps a better film is in a vault somewhere but for now this is easily the weakest DCEU movie to date.

Overall, Suicide Squad is nearly as bad as the critics say but despite its flaws it still manages to dazzle with some spectacular set-pieces and first rate performances from Will Smith and Margot Robbie.