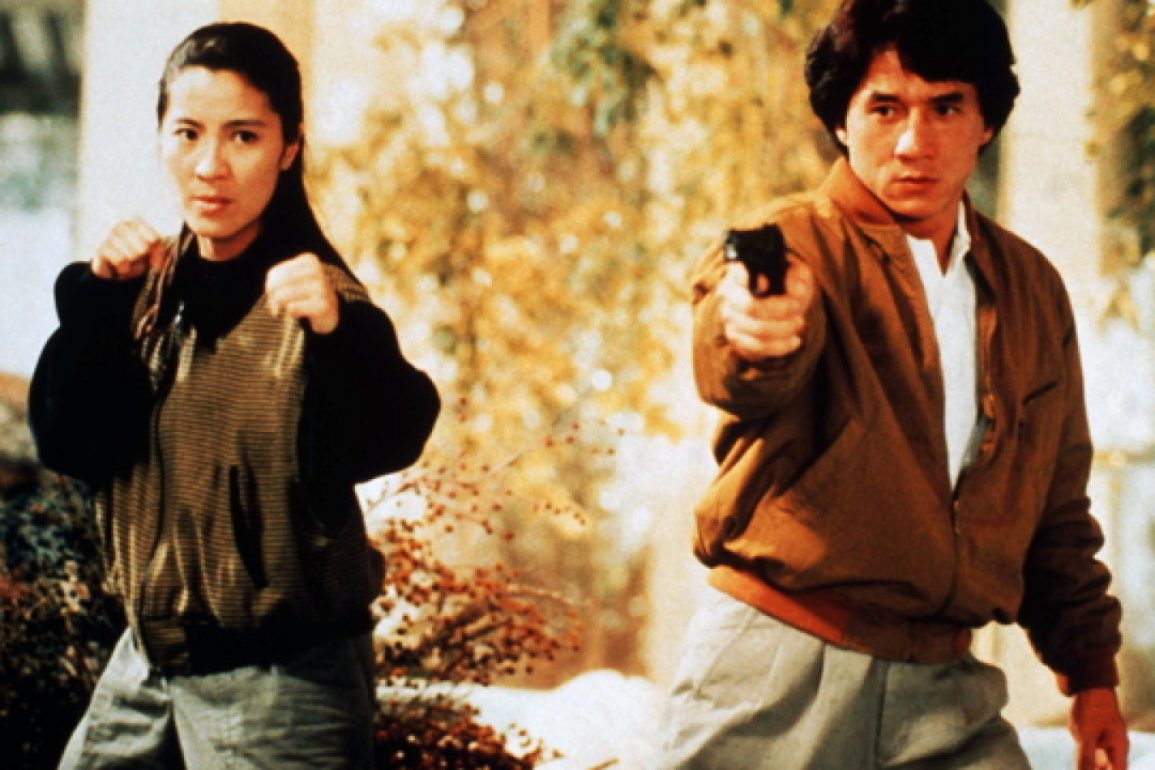 Supercop is classic Chan and arguably my favourite of the Police Story series; the action is spectacular, the villains are memorable and it’s just a blast from beginning to end.

Plot: To infiltrate a drug cartel, police Inspector Chan Ka Kui (Jackie Chan) goes undercover in a Chinese prison. There, he earns the trust of Panther (Yuen Wah), a cartel member, by breaking him out of prison. With the help of another undercover agent (Michelle Yeaoh), they travel to Hong Kong and join up with Panther’s gang. Ka Kui is accepted by the gang’s leader (Ken Tsang), but his operation is jeopardized when Ka Kui’s girlfriend (Maggie Cheung) accidentally reveals his true identity.

Review: I have a confession to make; I only watched this film for the first time recently and I have to say that it’s officially one of my favourite Jackie Chan films. The action scenes are just incredible with jaw dropping stunts and Chan at the top of his game. He continues to do his own stunts and it’s proof that there really is no substitute for the real thing.

The story is pretty straightforward with Chan Ka Kui (Jackie Chan) going undercover as it says above but it still manages to remain tense and exciting. One of the best additions to the film is Michelle Yeoh who is pretty much Chan’s equal during the action sequences. I kind of wished that they would get together and that Chan would finally get rid of his annoying girlfriend May (Maggie Cheung) but sadly she survives another film and was pretty much the only flaw of this movie.

There is some fun banter between Chan and Yeoh which really are the highlights of the script.

Kenneth Tsang  and Yuen Pan are entertaining villains and I thought Panther (Yuen Pan) was interesting because he wasn’t completely evil; he repays loyalty and when he is rescued by Chan while undercover Pan takes him under his wing and you’re almost rooting for him. Obviously as the story progresses we find out that he has ulterior motives and a grander scheme is afoot.

It’s very well paced with one break neck action sequence after another and the highlight is a battle in the jungle about half way through which is truly spectacular. Real explosions, gunfire galore and a massive bodycount, this is what every action movie should strive to be like.

The finale with Chan hanging from the helicopter and then having the battle on the moving train is a template for how to do an action movie. The recent Vengeance of an Assassin had a similar sequence using CG and it looked like shit, totally ruining what should have been a classic action sequence.

Overall, Supercop is classic Chan and arguably my favourite of the Police Story series; the action is spectacular, the villains are memorable and it’s just a blast from beginning to end.