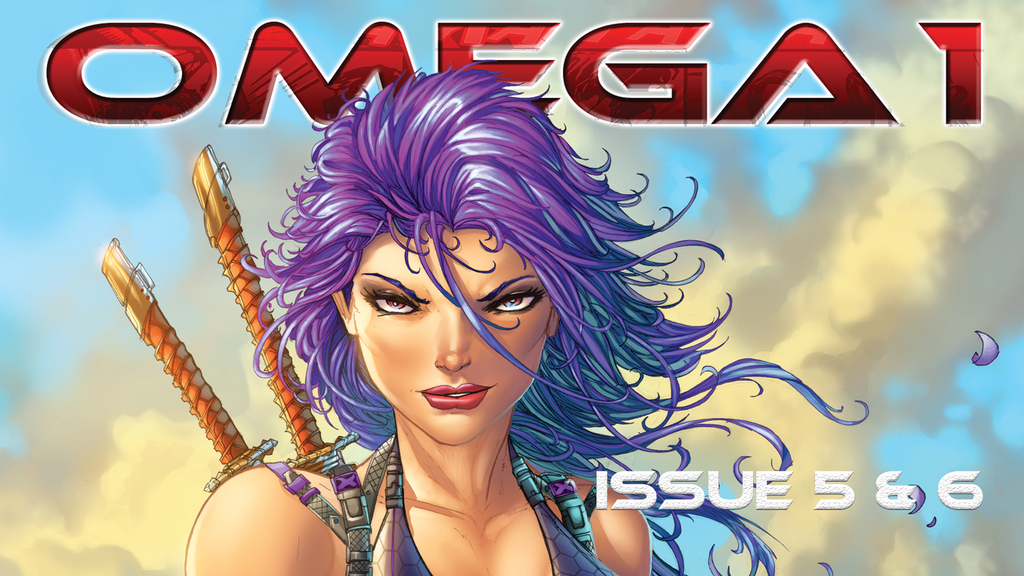 Like the recent restoration of The X-Files, Twin Peaks, Roseanne, Pizza Hut’s All-You-Can-Eat deal and Fangoria magazine, popular superhero comic book series OMEGA 1 is eyeing a relaunch in print– and with it, a new-live action series!

OMEGA 1 is an action/adventure comic book series featuring female superhero “Meg Vasalie” aka “Omega 1”, a genetically modified she-weapon that protects and delivers information in these new times.
Launching today on Kickstarter (at www.fundomega1.com), a crowdfunding campaign that will ideally result in the long-awaited fifth and sixth issues of OMEGA 1 and an overdue catch-up with the hero we need right now, Meg Vasalie. If that comics crowdfunder is successful, it’ll help pave the way for a new live-action series!

The OMEGA 1 franchise, which was developed in 2007 by Mark Edward Lewis and Alina Andrei, was a bonafide sensation – with those early comics selling out at various conventions around the globe.

Says co-creator Lewis, “We were at a Denny’s restaurant bemoaning the state of affairs we found ourselves in back in 2006. We knew the hacking of our private and banking information was only going to get worse – and at the same time – we hated how female superheroes and role model television shows were being scoffed at and cancelled after a few episodes. The two issues didn’t really have anything to do with the other until we decided to make a series that addressed both. And so Omega 1 was born. We created a world which exists post World War III – a war of information theft and manipulation instead of bombs and bullets. In this world, women have to fight like men to live and work, and femininity is something which has been lost. Our lead characters discover both the secrets of the hackers and of how to be powerfully female in a world that demands male results. We’re very proud of how this story brings awareness of the hacker situation which is now, here in 2018, far worse than we ever imagined back in 2006, and how the time for female empowerment in media has finally arrived. The time for Omega 1 is now.”

Synopsis :  2023 saw the advent of World War III, but it was a war of information: the Hacker War. Now, the only way to securely transmit data is hand-delivery via highly skilled couriers. Working for the premiere courier company is OMEGA 1, a genetically enhanced she-weapon who is deadly with a sword, fist fights with firearms and can draw metal to herself. She searches for her lost identity while trying to keep herself and her clients’ data in tact. Along with her extraordinarily gifted friends in the company, she must piece together her past to uncover a conspiracy for global control and Aryan genocide. But when she discovers the people responsible for the Hacker War are family, Omega quickly finds herself in ongoing dilemma that juxtaposes her incredible ability to kill and destroy against her heart for love and care.

Donate to the Kickstarter today! www.fundomega1.com