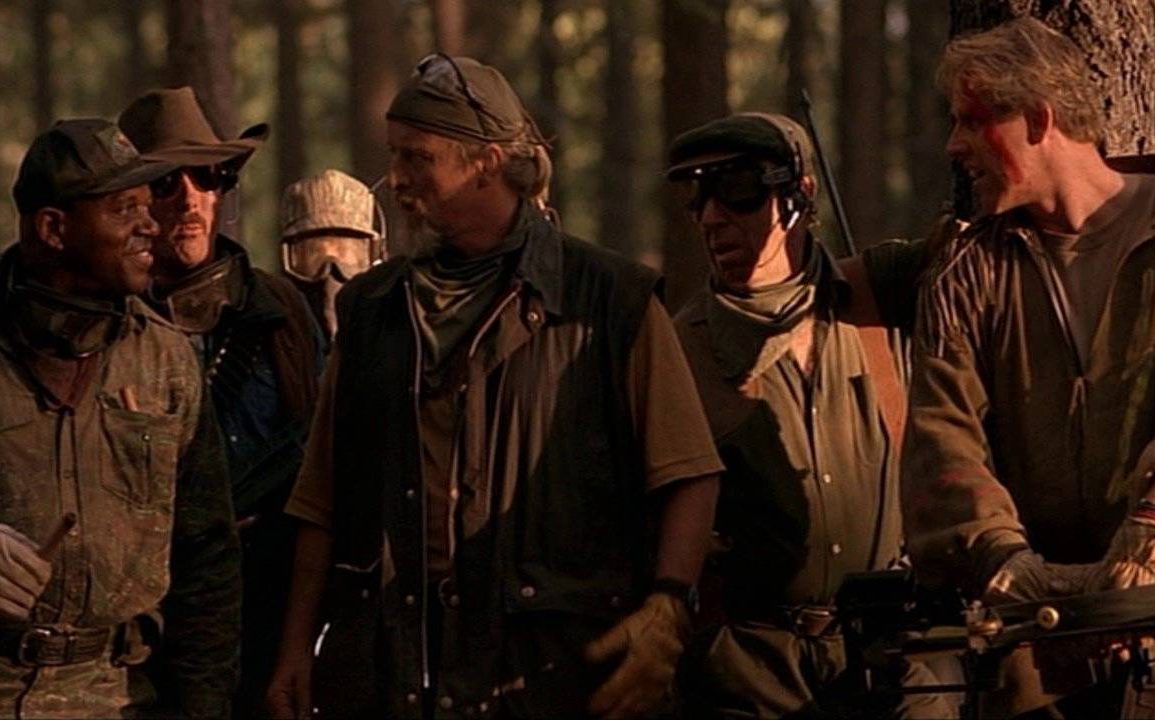 Surviving the Game isn’t as awesome as Hard Target but it’s nicely shot and has a great cast, so there are definitely worse action movies you could watch.

Plot: When Mason (Ice-T), homeless and living on the streets of Seattle, hears about a job as a hunting guide for a group of wealthy clients, he gladly signs on and is taken to a cabin in the middle of a Pacific Northwest forest. There he meets psychiatrist Doc Hawkins (Gary Busey), oil baron John Griffin (John C. McGinley) and Wall Street investor Derek Wolfe (F. Murray Abraham). The next morning, however, Mason is awakened to learn that he’s the prey the men will be hunting.

Despite the unoriginal storyline, Surviving the Game is pretty awesome and the cast all seem to be relishing their roles. Ice-T’s character Mason is sympathetic and goes through a personal Hell in the opening 10 minutes and it surprisingly gives you a real look into how awful it would be to be homeless. Sadly for Mason, things don’t improve when he’s hired by Charles S. Dutton to “assist” with some hunts in the wilderness. That’s when the real games begin and Mason finds out that he is the sport.

The film is well paced and beautifully shot; you can almost smell the pine trees and the landscapes look fantastic. There is no special effect more impressive than nature itself and it really adds to the film’s authenticity.

Gary Busey is the usual psycho he played in every 90’s film but he’s so entertaining that you enjoy every moment of him being on screen. Rutger Hauer is the main villain and really isn’t a nice guy at all. John C. McGinley is the most interesting of the villains as he’s a man dealing with grief and when he finds out why Mason is homeless, he decides this life isn’t what he’s looking for… Rutger Hauer doesn’t agree and things go wrong very fast. Charles S. Dutton was a great bad guy and he was arguably the most evil as he came to Mason in the guise of a friend. That takes a world class villain to do that.

The action is pretty decent although not all that memorable, but it clearly doesn’t have the same budget (or director) as the superior Hard Target.

The music score does the job but once again, there isn’t a theme tune that sticks in your head.

There is some entertaining violence and bad guy deaths with the odd one-liner thrown in for good measure (“Try well done, bitch!”).

Overall, Surviving the Game isn’t as awesome as Hard Target but it’s nicely shot and has a great cast, so there are definitely worse action movies you could watch.