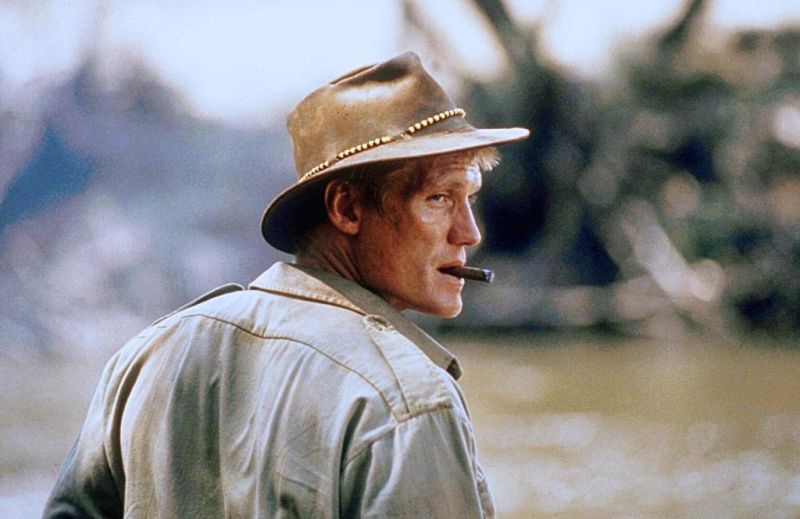 Plot: A humanitarian mine-sweeping operation in Angola uncovers a covert operation that is planting new and deadly mines.

I only saw this for the first time recently and I have to say I thought it was pretty damn awesome.

Sweepers is centered around the real life subject of landmines and manages to raise awareness of the subject without ever being overly preachy.

I’ve always been a big fan of Dolph Lundgren because his movie roles can be unconventional but never dull. In this he plays a broken man whose son was killed by a landmine so he goes off the rails in grief but is brought back when Michelle Flynn (Claire Stansfield) turns up asking for his help investigating a new, deadlier mine. Stansfield makes Flynn very sympathetic and she has a nobility and ballsiness to her which is refreshing but the best thing about the movie is Dolph’s hat which deserves its own spin-off.

Sweepers has some top quality action scenes and a genuinely impressive (and explosive) finale which involves a train blowing up on a bridge.

I love movies set in Africa and Sweepers is a cross between Indiana Jones, Blood Diamond and an old-school action flick which all blends together nicely.

I’d say in terms of flaws that the plot is quite predictable with the most obvious bad guy reveal ever; I mean has Bruce Payne ever actually played a good guy? His accent is weird too but he’s a fun villain who also has a particularly satisfying death scene so it didn’t bother me.

Overall, Sweepers was a far better movie than I was expecting with some great action scenes, Dolph rocking an awesome hat and a story which brings to light the awfulness of landmines without ever feeling like a tedious agenda movie.