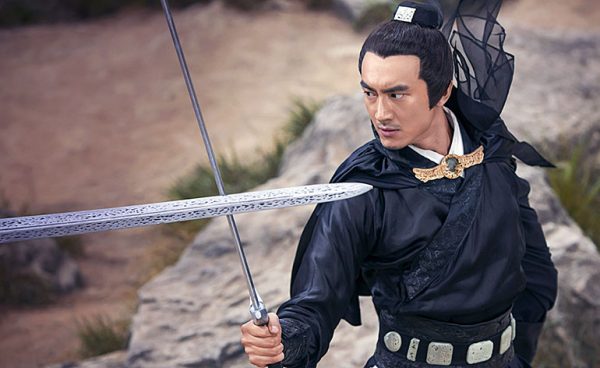 Sword Master is beautifully shot with plenty of action and soulfulness to the characters. The story kept me engaged to the very end and despite only running for an hour and 45 minutes it felt like a genuine epic.

Plot: Hong Kong cinema giants Derek Yee and Tsui Hark join forces in this 3D martial arts epic, about an elite swordsman who is haunted by his skill, and a challenger who aims to take his place at all costs.

Review: It’s no secret that I’m not a big fan of the Wu-xia genre; wirework has never been my thing and with the introduction of CG it was even less appealing. Sword Master (a remake of Death Duel)  is another one of these movies however, despite an overuse of wirework and some unconvincing CGI I really enjoyed it.

I found the story compelling and genuinely moving with Lin Gengxin and Peter Ho proving interesting leads although admittedly Lin isn’t anywhere near as charismatic as Ho but that’s more how the character was written.

I thought Ho’s Yen Shih-San was unbelievably cool looking with his war paint which he used to stave off bullies when he was younger but grew to become one of the finest swordsmen in all the land. Haunted by his past deeds his mission in life is to defeat the greatest sword master in the martial world known as Third Young Master; all he essentially wants is to be remembered and to know that he has made his mark on the world.

When he finds out that the legendary swordsman is dead he loses his purpose and decides to do good and help others; after he meets a man called Ah Chi the story takes a different turn and he takes him on as his disciple not knowing the real truth.

Ah Chi is tired of the warrior’s life and just wants to disappear into anonymity but fate has other plans as his former bride-to-be refuses to let him live in peace.

Sword Master has genuine soul to it and I thought the visuals were stunning which helped to create what is essentially a fantasy world. The action is nicely shot and despite the overly balletic wirework you can see everything that is going on.

There is a sad atmosphere to the story taking us back to a time of warriors and honour where is no one is truly good or evil. My favourite aspect of the film is the score by Peter Kam which uses guitars to wonderful effect creating this melancholy and almost wistful ambiance.

Overall, Sword Master is beautifully shot with plenty of action and soulfulness to the characters. The story kept me engaged to the very end and despite only running for an hour and 45 minutes it felt like a genuine epic.