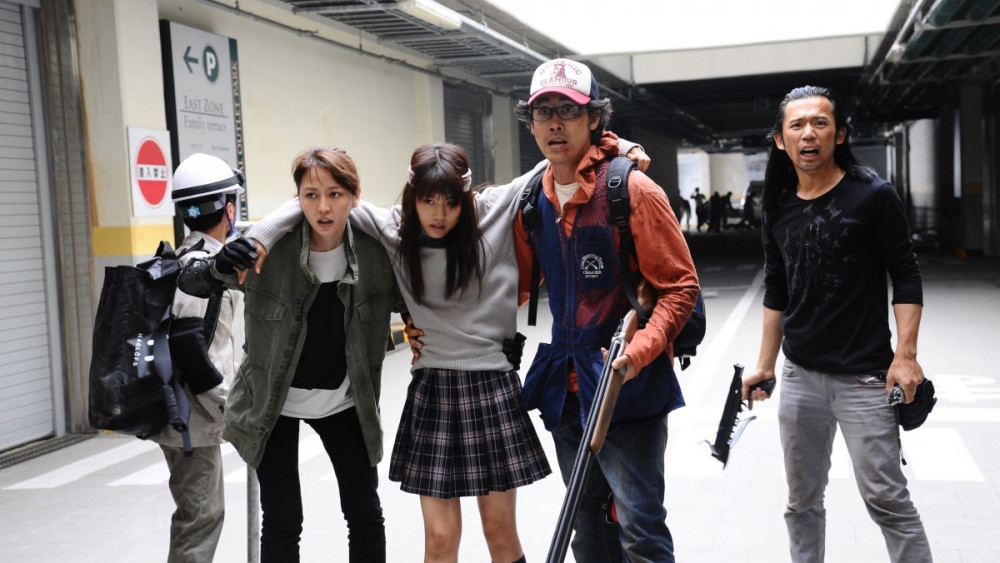 I am a Hero is a little too long but it has enough zombie killing action scenes and over the top gore to be worth checking out.

My second movie of the Toronto After Dark Film Festival is the manga adaptation I am a Hero but before that we got a 60 second short film called The Windmill Man from Quang Ngo-Trong which had the audience in hysterics for several minutes. It was made entirely by Quang with no other cast or crew; it was a wonderful slice of silliness that was more comedy than horror.

Plot: Based on the critically acclaimed manga, Suzuki Hideo is a shy, unsuccessful comic book artist. But when Japan gets hit by the ravaging ZQN virus, it’s time for the zero to become a hero, arming up with weapons and teaming up with other survivors in an epic battle against the undead horde.

Review: The zombie genre has (literally) been done to death so it’s hard to come up with something we haven’t all seen a million times before. I am a Hero is a Japanese movie adapted from the Manga of the same name and for the most part successfully injects the genre with new life.

Said hero of the tale is a struggling manga artist called Hideo Suzuki (Yô Ôizumi) who finds himself fighting for survival during a zombie outbreak. The word zombie is never actually used in this movie and the undead are known as ZQN’s (after the virus that has infected them).

Hideo is a very appealing an amiable character we immediately take to as he’s someone we can very much relate to. He’s an average guy with an average life but isn’t doing anything all that special. Who would have thought the zombie apocalypse would make him discover the hero inside himself and find out what we is truly made of?

Early on he teams up with a girl called Hiromi (Kasumi Arimura) who ends up being infected but doesn’t turn the way others have so Hideo takes it upon himself to protect her as he struggles to find a safe haven. They meet up with another group of survivors and seek refuge in an abandoned mall (as a nice nod to Dawn of the Dead) and it is here where Hideo will find out what he is made of battling not only ZQN’s but a very human threat.

I saw this as part of the Toronto After Dark Film Festival last night and the audience really seemed to love it. There are some entertaining zombie/ZQN kills with impressive gore and mostly decent special effects. At various points we cheered and clapped as Hideo took out the ZQN’s with hilarious results. I am a Hero is a classic splatterfest but it never loses its heart or sense of humour. It is very much a black comedy but we never stop caring about Hideo or Hiromi and want them to escape this nightmarish new reality.

I really loved the music score which sounded huge giving the action a grander sense of scale; early on when the outbreak first hits the city we get a genuine sense of chaos and the visuals were very impressive. There is an awesome highway scene with Hideo and Hiromi trying to escape in a car but one of the other passengers turns into a ZQN and it runs into an intense stunt filled sequence.

I found the second half wasn’t quite as interesting as the mall scenes felt all too familiar and dragged the pacing a little. It’s also a little too long but the last 30 minutes when Hideo rises up to his destiny and goes into full on gore mode makes it worth the price of entry alone.

Overall, I am a Hero has enough action and gore to keep fans happy with some entertaining kills and impressive set-pieces to keep a rather stale genre exciting.

If you’re based in the Toronto area check out http://www.torontoafterdark.com as the Festival is on now.