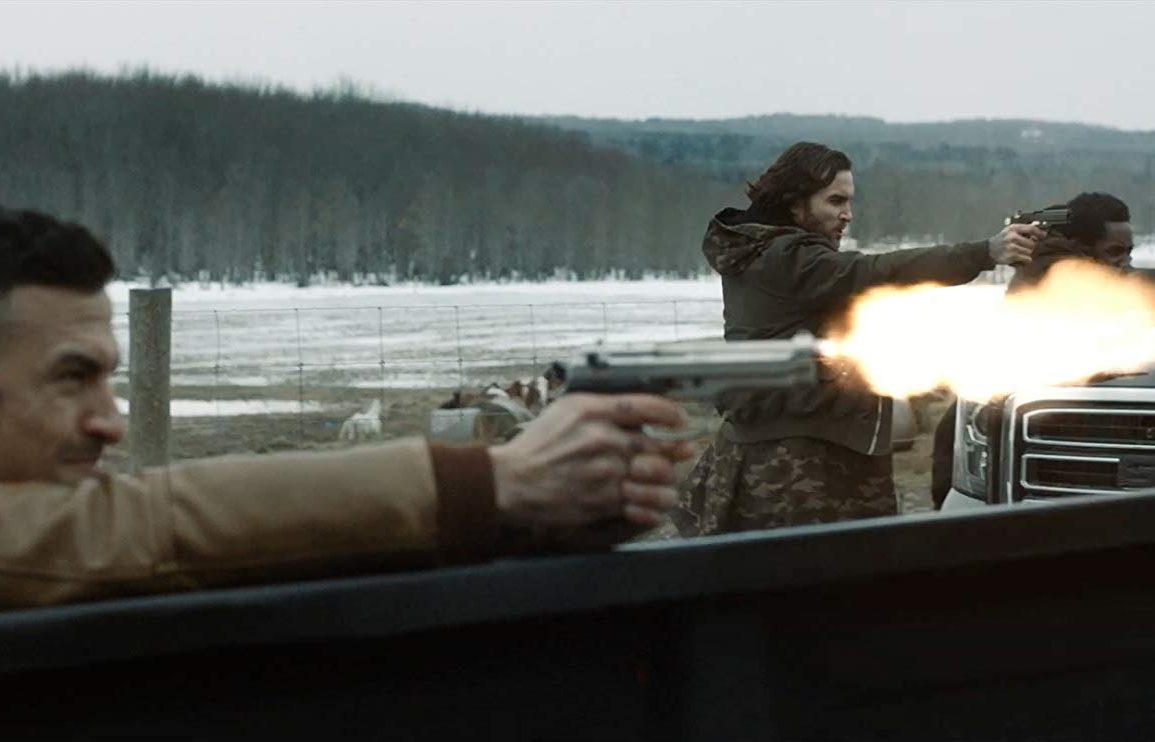 I’ll Take Your Dead has plenty of scares mixed in with bloody action scenes culminating in a hugely entertaining action/horror flick.

My second last feature review for the Toronto After Dark Film Festival is this hugely entertaining horror/action flick I’ll Take Your Dead.

Review: I’ll Take Your Dead is an action/horror hybrid and may not only be my favourite film of the Festival (alongside Lifechanger) but it just might be one of my favourite movies of the year.

Starting off as a horror movie I’ll Take Your Dead is packed with atmosphere as William (known as The Candy Butcher) makes dead bodies disappear. This isn’t something he likes to or even wants to do, but through circumstances out of his control, his little farm house in the country has become a dumping ground for the casualties of the gang related murders in the nearby city. His daughter Gloria has become used to rough looking men dropping off corpses and is even convinced that some of them are haunting their house. After a woman’s body, is dumped at the house, William begins his meticulous process when he realizes, she’s not actually dead. As the gang activity increases, William patches the woman up and holds her against her will until he can figure out what to do with her. As they begin to develop a very unusual respect for each other, the woman’s murderers get word that she’s still alive and make plan to go finish what they started.

So that’s the basic synopsis (thanks IMDB) but what of the film itself?

Well, it starts off as a horror movie with plenty of suspenseful moments and jump scares but by the final half hour it transforms into a badass action movie.

The house is wonderfully lit so even if the lights are on the rooms still look dark and moody with ghostly shadows appearing at various points. Gloria can apparently see dead people and when they suddenly appear we are almost as scared as she is. When Jackie suddenly wakes up from (not) being dead William and Gloria’s lives will be changed forever.

It wastes no time getting going with plenty of tension and the second half is when the action kicks in with the final 20 minutes becoming a surreal shoot-out featuring fights with ghostly entities. It isn’t short on weirdness and the cast are all great. Ava Preston played Gloria to perfection making her quite odd and quirky but likable at the same time. William is world weary and desperately wants a better life for his daughter but when Jackie’s people come looking for her happiness looks a long way off.

It is a moving tale which never loses its heart even when all hell is breaking loose; the script and story are tight making it thoroughly entertaining.

Overall, I’ll Take Your Dead is an engaging action/horror hybrid with amiable leads, plenty of scares and most importantly some kick ass action during the finale.