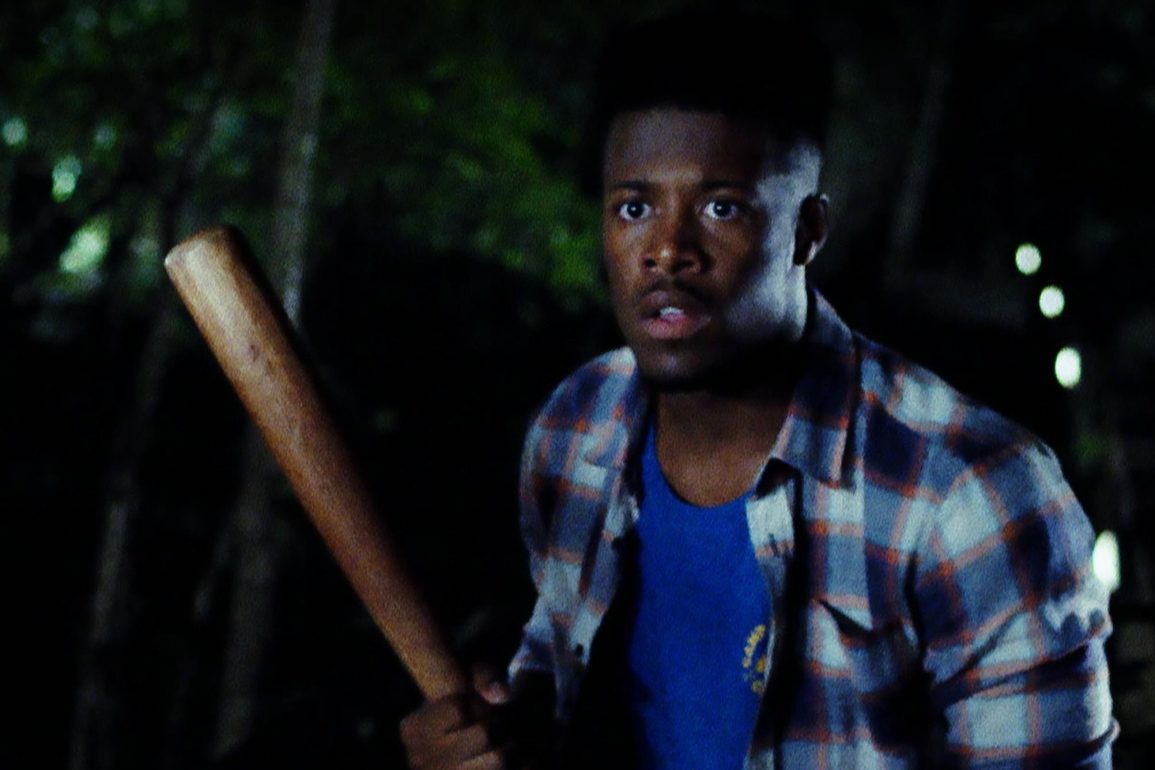 You Might Be the Killer is a fun meta slasher with plenty of entertaining kills and sparkling dialogue. It is a little one note after a while but it’s never less than a good time.

And so we come to the final feature film of The Toronto After Dark Film Festival which again isn’t really an action movie but I’m covering it anyway as it was a lot of fun.

Plot: In the middle of the night, a remote summer camp counselor Sam (CABIN IN THE WOODS’ Fran Kranz) calls up Chuck (BUFFY’s Alyson Hannigan), his best friend back home, in a blind panic! Sam’s surrounded by brutally killed fellow counselors and worried there’s an axe-wielding psycho on the loose! Luckily Chuck’s well-versed in slasher movie tropes and she leads Sam through all the necessary steps to survive the night. At the same time they try to identify the actual killer.

Review: You Might Be the Killer is a Meta horror comedy about a camp counselor suffering from memory loss who finds himself in the middle of a horror movie massacre. It’s essentially Friday the 13th meets The Mask and is a love letter to the slasher pictures of old. I grew up with Jason, Michael and Freddy so this was an absolute blast.

Fran Kranz is our lead camp counsellor Sam who is super nice and friendly to everyone but is he hiding a darker side?

You Might Be the Killer takes all the classic horror tropes of old and the film came about through a series of viral Tweets which deconstructed the genre.

A movie inspired by social media shouldn’t work as well as this does but it never stops being good old escapist fun with plenty of nods and winks to the slasher greats. Buffy’s  Alyson Hannigan co-stars as Sam’s friend Chuck who seems to be an expert on all things horror related so when he calls her saying a killer is on the loose she makes the suggestion that he just might be him. She has some choice lines and is arguably the best thing about the film.

There are some decent kills too though with heads being lopped off and cut in half as well as people being sliced and diced so that’s always awesome.

It is a bit one note and you get the idea pretty quick as to what is going on but it’s still never less than entertaining. It’s also open for a potential sequel but I’m not sure the idea could stretch that far.

Overall, You Might Be the Killer is a fun throwback to classic slasher films with a modern Meta twist that won’t be for everyone but it’s harmless entertainment and would be a great Saturday night watch with a few beers.