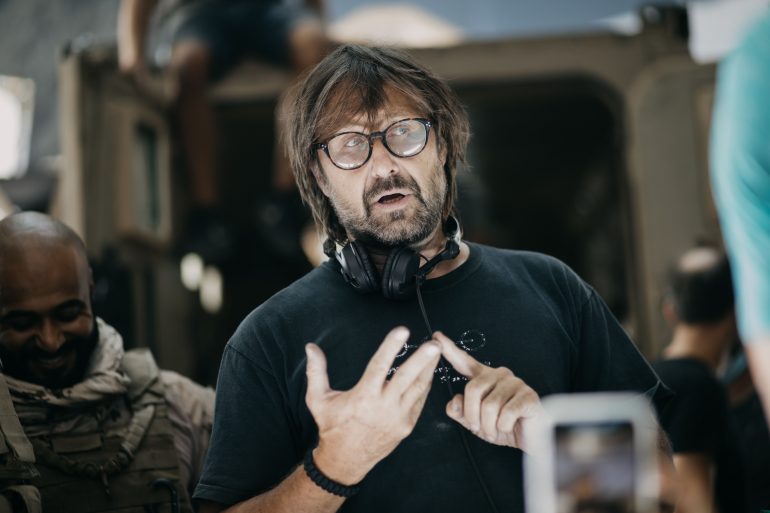 Pierre Morel is known for directing hard-hitting action pictures like Taken starring Liam Neeson, From Paris with Love starring John Travolta and many more. His latest movie entitled The Ambush is based on the harrowing true story of three Emirati soldiers who are ambushed in a hostile territory.

Today we’re going to be talking about your new film, The Ambush, how did you get involved with the project?

As with every project you get a script from agents and productions and they just sent that one to me and because they knew I was looking for a war movie, because I haven’t tackled that genre until that moment. I was really looking actively for something that would be in that vein and that one came up. I immediately was interested because, well, two reasons. One is it’s a conflict that we don’t hear about. We’ve seen a few American movies about Iraq, about Afghanistan and all the Middle East stuff. But Yemen, because the Americans were not involved was never really covered, which was kind of an ongoing war. That was something I wanted to learn about originally and also because beyond the war story was a very humanly interesting story. It was all about the emotional connection with three guys stranded in the middle of something with their families outside. It’s about loss, about brotherhood. It’s about friendship. It’s about beyond just the war. These two reasons drove me to go a little bit deeper and then I had calls with the local production there and after speaking with them I said, “okay, great”. They asked, “how do you feel about directing guys in Arabic?” I don’t speak Arabic, but I will find a way (laughs).

I was actually going to ask how do you go about directing people in a foreign language?

I thought it would be challenging. Of course, you are afraid of not getting it because you don’t know the language. You know what the lines are supposed to mean, but you don’t know exactly the words. But I found that after a few takes, which was very interesting that wherever and whatever the language, even if you don’t hear the words you get the music and immediately if the delivery is right or wrong because the emotion transcends the language. I got the sense and the emotional connection and how much was in the delivery, even though I didn’t get the language itself. We had interpreters giving directions to the actors and translating and again, I can’t speak Arabic, but I could tell right away if the delivery was like emotionally exactly there or not. It’s actually pretty amazing because it could be anywhere worldwide.

Yeah. It could almost work as a silent film just with the music and the visuals.

I agree. I agree completely. 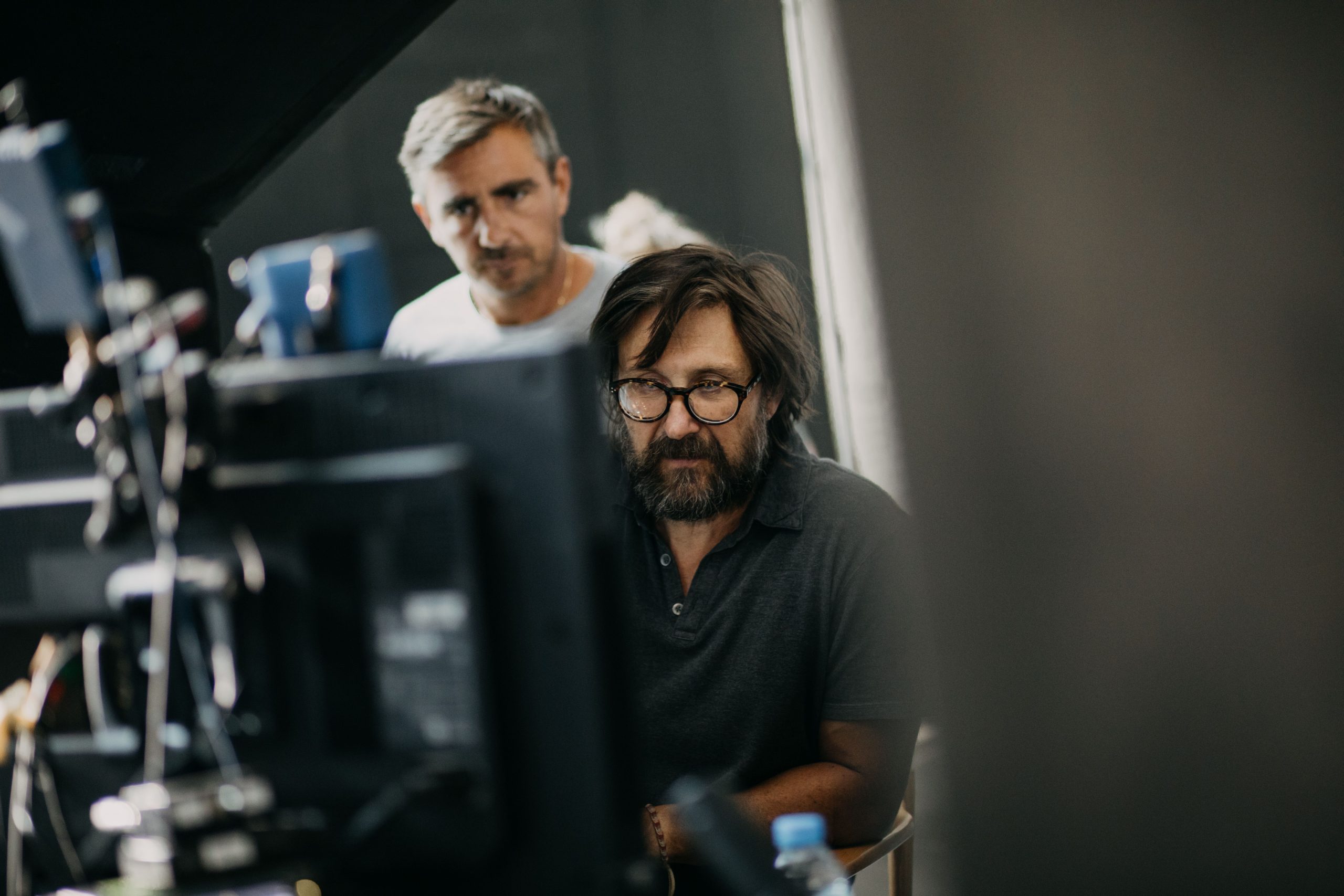 Speaking of the music, how do you go about creating the right sound for the movie?

Oh most movies are made when you are in the editing room; you temp with existing movies soundtracks and then you give it to a composer, make his interpretation of that. On this particular one, we went to Harry Gregson-Williams, who is a fantastic composer; he’s worked with Ridley Scott, Tony Scott, all those guys. We just made it very dark and we needed a contrast between the pace, the action mix, what you expect from action and what you emotionally expect from the ending of it all. It was all about finding references, knowing movies to temp it, to give the temporary music to cue him. Then he gave us some fantastic thing. I think the emotional music was the hardest moment to get right. Because in the very end, I don’t want to spoil it for the viewers, but someone dies and they have to bring back the body. This moment actually was the moment where we worked on most because you need to again hit that emotional chord there.

With all the chaos going on around, how do you keep that emotional core with the characters? The music is a big part of that…

It is part of that it’s also about the way you shoot it. I mean, I love action movies but it’s never about glamorizing or glorifying violence. It’s about the horror of it. If you shoot and stick to the characters and be with them and just the explosions are around it does focus the audience into what they’re supposed to feel and not just, oh, that’s cool. It’s explosions. Great, but It’s a different tone. I’m a big action movie viewer but there’s a double way to watch those movies. It’s the guilty pleasure of destruction, which is always fun that can become more like an action comedy. But if you go deep into what it really is, it’s pretty dark and with the emotional part of it, which is what I’m into, you need to stick to not making it not just cruel but actually horrifying. 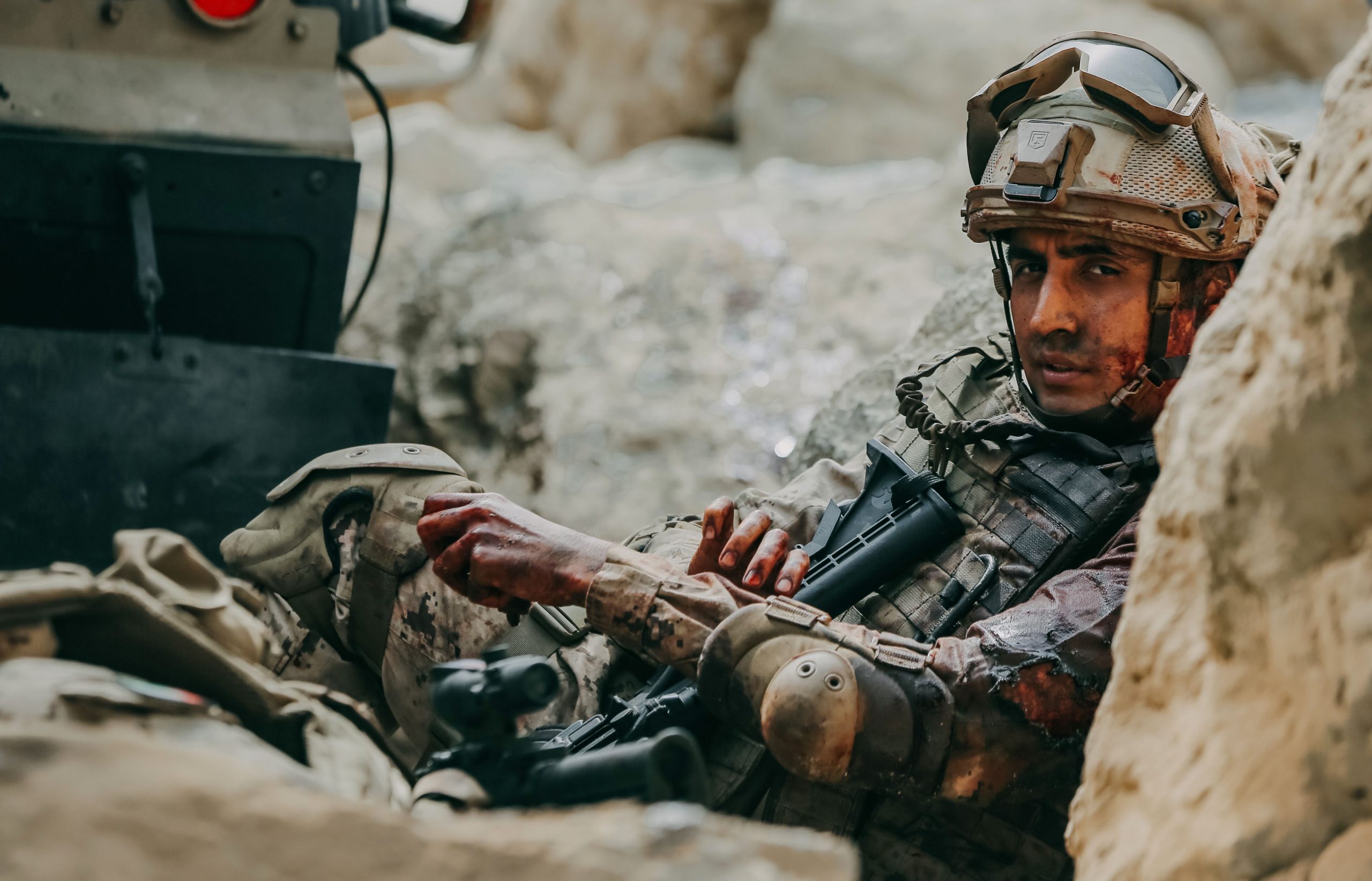 I’m a big practical effects guy. I always like to see things done in-camera rather than CG and I thought, was everything here done for real?

Absolutely. Absolutely. Everything! I hate CG stuff because they look fake and you can see it. All the explosions of all the landmines or the RPG hits. Everything was done practically. I brought a team from France who did all the special effects live, all the impacts, all the squibs. You name it, the blood, the explosions, the bombs, everything.

Yeah, but it works so much better.

Because I think the audience is not stupid. They can see if it’s a fake explosion or it’s a real explosion. And once again, it participates into the immersion, the feeling of that, how terrible that can be where you’re like wow, I don’t want to be there (laughs).

You had a lot of real military vehicles. How did you go about coordinating all of them?

Well, because it was a real story, a true story involving the UAE military, the Emirati military they were onboard with us. They provided us with lots of vehicles. They didn’t want to destroy the real ones. It was a weird moment when they took us to a salvage place when all the vehicles that were brought back from Yemen into battle were in storage and we picked the ones we wanted. When you see the actual damage of those vehicles, that dictated the tone of the movie. Basically, we fixed a whole bunch of vehicles and for all the vehicles we needed a different stage of destruction and we had to play with that. But they were very supportive, obviously. 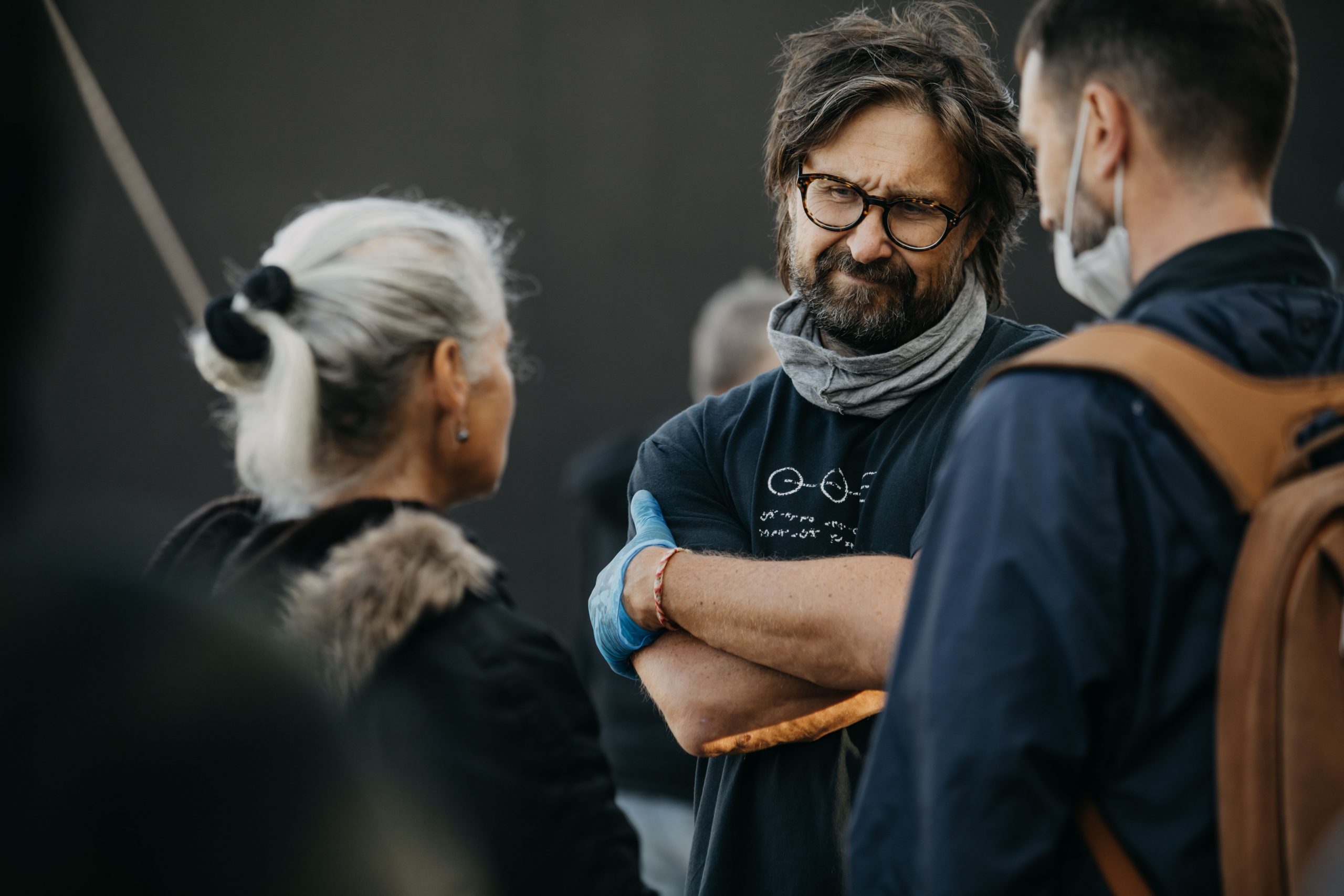 Generally, what do you look for whenever a script comes across the table?

The emotional connection and the characters. The same story without anybody, without the emotional connection with the characters would not be interesting. I think what is truly interesting for this one was those three guys have family, they have friends that would stay at home, and they’re stranded in that desert in a big metal box and they don’t know if they’re going to make it. The emotional journey is what actually, to me, was the most appealing ingredient and it’s a universal thing. Again, whether it’s Arabic or American or British or French or you name it, that is a universal feeling. That’s a universal emotional connection. That’s something you can feel despite of the language, the culture, everything. It’s there. Your wife and your kids are staying at home and you’re in the bloody desert being shot at with RPGs. That is terrifying.

It’s just that war is a terrible, terrible thing. No matter what side you’re on, humanity is the worst ever experience we can get. Now, historically, for like 6000 years, there’s been almost never one moment of peace on earth. So why keep on doing that? I still hope you’ll enjoy it aside from all this, it’s still a really cool action movie.