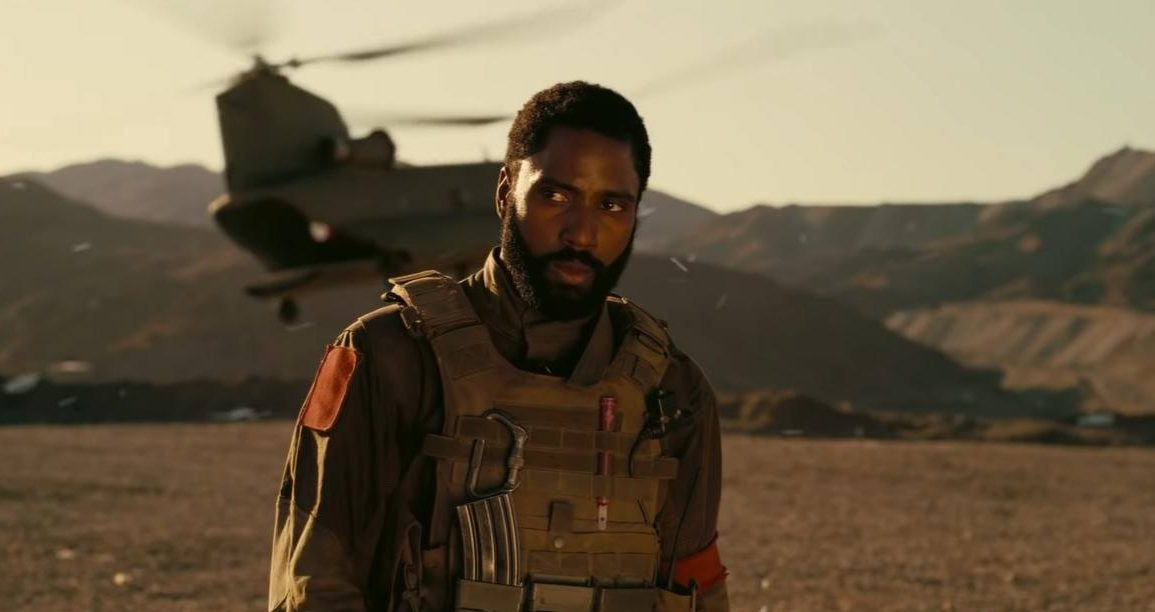 Tenet is very much a Christopher Nolan film so if you’re not normally a fan then this likely won’t win you over but I thought it was quite ingenious and the time inversion may seem incredibly confusing at first but it does make a little more sense by the end. The action is truly spectacular and the cast are all at the top of their game so if you get the chance to see this on the big screen I highly recommend it.

Plot: In a twilight world of international espionage, an unnamed CIA operative, known as The Protagonist, is recruited by a mysterious organization called Tenet to participate in a global assignment that unfolds beyond real time. The mission: prevent Andrei Sator, a renegade Russian oligarch with precognition abilities, from starting World War III. The Protagonist will soon master the art of “time inversion” as a way of countering the threat that is to come

Review: My experience watching Tenet will be one I’ll remember for a long time as it was one of the happiest evenings of my adult life; I’ve never been to a Drive-in before and as movie theatres are still questionable I figured last night would be a good time to try out the North American Drive-in experience. It didn’t disappoint with a huge screen, hot dogs, popcorn and slushy drinks to make the evening complete.

A Christopher Nolan movie usually requires the sound to be up loud and the audio at the Drive-in was amazing; we heard all the dialogue and the huge action set-pieces looked incredible. Nolan is right when he says Tenet should be watched on as large a screen as possible as this is a movie with a massive scale to it.

Within the first few moments of Tenet you know you’re watching a Nolan film as it feels like it takes place in the same universe as Inception with familiar camera angles and his recognisable visual style.

I’d heard in advance that it’s a very confusing tale and that’s an understatement as I’d be lying if I said I fully understood what was going on but by the end I’d got the gist of it and it’s essentially a more sci-fi-centric version of Bond.

John David Washington (Denzel’s son!) eats up the screen and has every bit of charisma his father has making for a badass and mysterious (but still likeable) protagonist. He has some one-liners which come thick and fast and he and Robert Pattinson make for an appealing duo. I feel this is a movie that will only improve with future viewings; there is a lot going on so you really need to pay attention but as I say towards the end it all starts to make more sense.

Kenneth Branagh makes for an intimidating antagonist and he is clearly enjoying playing the Bond villain-esque Andrei Sator who wants to basically destroy the world.

My only real gripes with Tenet is it’s a little overlong and it lacked heart; it’s all very clever but you won’t feel anything other than confusion and maybe awe at the visuals which are impressive. We’ve got fistfights unlike any we’ve seen before, planes crashing into hangers and spectacular car chases all leading up to a rather epic finale.

Ludwig Göransson is rapidly becoming one of my favourite composers working today especially after his stellar work on The Mandalorian and he doesn’t disappoint with his energetic and exciting score for Tenet which adds a nice surge of adrenaline to the already jaw dropping action.

After such a quiet period it’s nice to see large scale set-pieces again and a film with a big budget which I’ve really missed.

Overall, Tenet may be a little overwhelming the first time you watch it as it’s very confusing with a lot going on but even just on a technical level the action is incredibly imaginative with a star making turn from John David Washington. Kenneth Branagh shines as the villain and I see this becoming more popular with audiences over time.