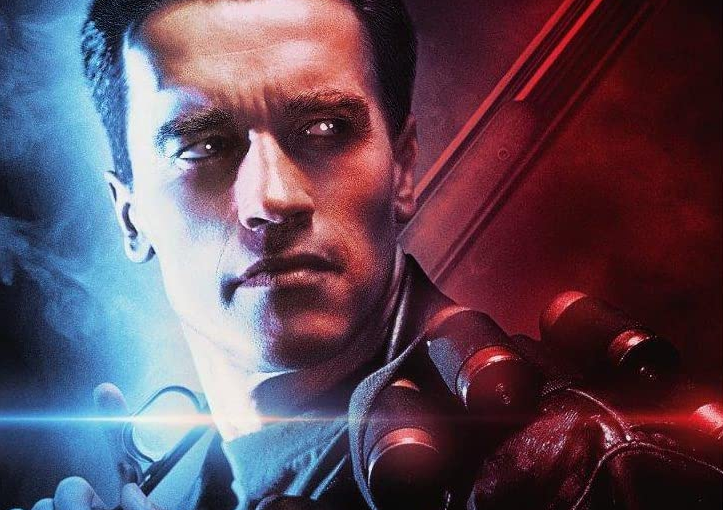 Terminator 2 is one of the genre’s best with great performances, incredible visuals and plenty of action scenes. The music is classic and this 4K release gives us upgraded visuals and audio making this well worth owning for the 30th time.

Plot: James Cameron’s epic action, sci-fi masterpiece starring Arnold Schwarzenegger in his most iconic role, has been stunningly restored by Cameron himself. First hitting our screens in 1991 with ground-breaking special effects, this version will take the seminal blockbuster to the next level of effects and into the 21st century for a new generation of fans. It has been 10 years since the events of Terminator. Sarah Connor’s ordeal is only just beginning as she struggles to protect her son John, the future leader of the human resistance against the machines, from a new Terminator, sent back in time to eliminate John Connor while he’s still a child. Sarah and John don’t have to face this terrifying threat alone however. The human resistance have managed to send them an ally, a warrior from the future ordered to protect John Connor at any cost. The battle for tomorrow has begun…

Review: While on vacation to the UK recently I picked up the 4K of Terminator 2: Judgment Day so I thought I would share my thoughts on it. There isn’t much that hasn’t already been said about James Cameron’s iconic sci-fi actioner and as I’ve said before it’s one of my all-time favourite films.

The opening sequence is faultless and grabs the viewer’s attention immediately; from the incredible future war scene to Brad Fiedel’s perfect music score to the somber visuals of a playground on fire, it is as haunting now as it was when I saw it back in 1991. I have seen T2 6 times in the theatre (including the 3D release a few years ago) and numerous times on VHS, DVD and Blu-ray and it’s one of those films that if I see it on television I have to watch it all.

The action scenes are still incredible as are the visual effects which for some reason are even now better than what we get in any of the other (rather unnecessary) sequels.

Linda Hamilton’s transformation from meek waitress in the first film to full-on warrior woman in this sequel is one of the best character arcs in an action film and there’s a reason why when we talk about fantastic female action movie characters she is always near the top of the list. Sarah Connor is not just a great female character but a great character. Period.

Arnold’s cyborg is no longer the antagonist but this time is sent back to protect John Connor (Edward Furlong) from a deadly new Terminator made of liquid metal known as the T-1000 (Robert Patrick). I don’t think Patrick is given enough credit here as his performance is understated bringing some charm when required so he is a believable infiltrator. I still think John is a bit of a dick at times in this film but it is part of his arc so it’s understandable.

Whereas the first film was more of a horror film with an almost slasher vibe this is pure action spectacle but never loses its heart and soul; it isn’t without its darker moments either with Sarah’s dreams of a nuclear holocaust still devastating to watch. The script has some choice one-liners like “Hasta La Vista, Baby” but it also has profound moments like Arnie’s T-800 stating “it’s in your nature to destroy yourselves” as well as Sarah’s “if a machine can learn the value of human life then maybe we can too”. It has a soulfulness that none of the later films would capture and I think that’s due to Jim Cameron’s direction.

The 4K is the best the film has ever looked with crisp visuals and I found that sometimes on previous releases the music isn’t as loud in the opening credits as it should be but now it sounds fantastic. There are a plethora of special features on the Blu-ray we get with it but for some reason we only get the theatrical cut of the film on the 4K; I find this with a lot of 4K releases that they just do the film but any special features or alternate cuts are only on the Blu-rays which feels a bit half-assed.

Audio Commentaries: Director James Cameron is joined by co-writer William Wysher for the first commentary track and the second track features various audio interviews of the cast & crew, sharing a variety of information on the technical aspects of the production and several anecdotes from the set.

Reprogramming (HD, 55 min): Brand-new documentary that makes this really worth having as we get recent cast & crew interviews discussing the film’s legacy.

Overall, Terminator 2: Judgment Day remains one of the best action movies ever made and is a worthy follow-up to the classic original film; this 4K is one of the best releases (and there have been a lot) with some nicely remastered audio/visuals; some have complained about the audio but I think it sounded fine to me so if you love this film as much as me then this is a must-have.