That Time Bronson Appeared in a Spider-Man Comic

We all know that Charles Bronson was one of the all-time great men of action but did you also know that he made a brief cameo in a Spider-Man comic once?

I found a piece on CBR.com giving some details stating that the vigilante himself Paul Kersey shows up briefly in Spectacular Spider-Man #108 (by Peter David and Rich Buckler), in the middle of the famed Death of Jean DeWolff storyline. He doesn’t have any dialogue but he doesn’t need any as this is a perfect Easter egg/cameo as the storyline of the comic is about a vigilante.

So technically that means Charles Bronson is in the MCU. Oh Thanos, you’re screwed now… 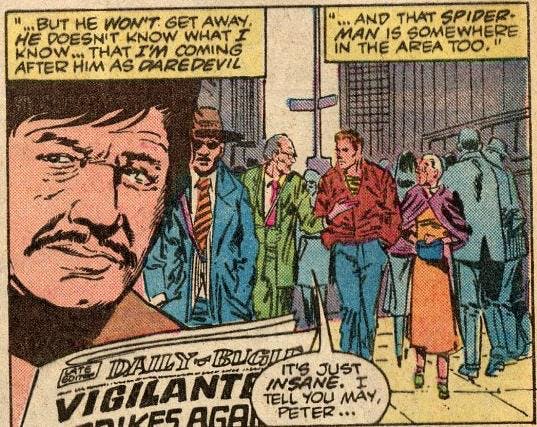