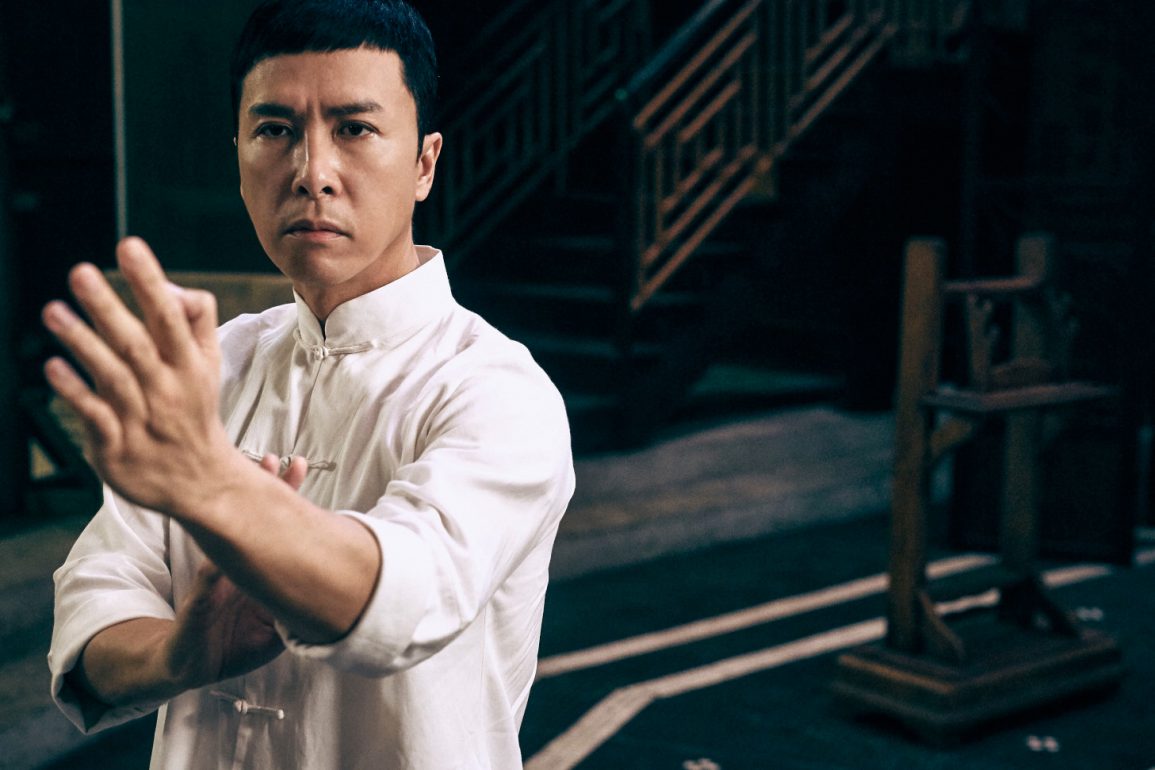 Donnie Yen is one of the greatest action heroes of all time; not only is he a fantastic martial artist but he’s a gifted actor.

A few weeks back you’ll remember we did a poll where you could vote for your favourite Donnie Yen film.

I said we would put together the top ten best and today we have it as voted for by you.

Thanks to all who voted and I hope you enjoy the list.

PLOT: Fung Hin-Man (Donnie Yen) is a legendary warrior who lives now elderly, along with a friend, their memories and their remorse. When a young man comes to him, Fung tells him the story of when he saved the villagers from their oppressors and speaks of the death of the woman he loved. But the young man does not know that it is actually a hit man who wants to kill Fung for the fame that this murder would bring.

It’s no surprise this made it on to the list as the fight scenes are spectacular, especially Donnie Yen vs. Mark Kwai Cheung which you almost have to watch in slow motion just to see the punches which are lightning fast. Yen was phenomenal in this movie and it’s definitely worth checking out.

PLOT: A papermaker gets involved with a murder case concerning two criminals leading to a determined detective suspecting him and the former’s vicious father searching for him.

This is one of Yen’s more recent movies and it’s personally one of my favourites; I really liked the story but the fights were amazing too.

8.   Legend of the Fist: The Return of Chen Zhen

PLOT: Seven years after the apparent death of Chen Zhen, who was shot after discovering who was responsible for his teacher’s death (Huo Yuanjia) in Japanese-occupied Shanghai. A mysterious stranger arrives from overseas and befriends a local mafia boss. That man is a disguised Chen Zhen, who intends to infiltrate the mob when they form an alliance with the Japanese. Disguising himself as a caped fighter by night, Chen intends to take out everyone involved as well as get his hands on an assassination list prepared by the Japanese.

I would have this higher on the list as it’s a bit of a classic; it’s beautifully shot with jaw dropping action from beginning to end. The nunchuck fight is the stuff of legend (literally).

PLOT: Exploding from the pages of Marvel Comics comes the thrilling follow-up to the blockbuster “Blade.” Half Man … half vampire, and consumed by a desire to avenge the curse of his birth and save the human race from a blood-drenched Armageddon. In this newest action-packed adventure, Blade (Wesley Snipes) is forced to team up with the very vampires he hates in order to overcome a new type of monster which threatens to eradicate both races.

Although Yen only has a supporting role Blade II remains popular with fans and it’s fun to watch him kick vampire ass. Yen also worked on some of the fight scenes in the movie which is why they are so well done.

PLOT: A martial arts instructor from the police force gets imprisoned after killing a man by accident. But when a vicious killer starts targeting martial arts masters, the instructor offers to help the police in return for his freedom.

Yen’s most recent picture is indeed one of his best and the one thing which really stands out is the villain played by Baoqiang Wang who comes across as truly demented. The climactic battle on the road is a real return to form after a few disappointing movies from Yen (Iceman anyone?).

PLOT: An ex-cop and divorce lawyer team up with a gangster to clear their names after getting involved in a dirty money scheme led by a vicious money launderer, who plans to expand his business and wipe out anyone who stands in his way.

One of the best moments of this movie is Yen’s battle with Michael Woods; it looks like they are genuinely beating the hell out of each other which just made it look all the more authentic. I haven’t watched it for a long time but I think it’s time for a revisit.

PLOT: A Hong Kong cop and two American cops are onto a suspected harbour worker and are forced to team up when they discover that the suspect is a witness on the run from CIA agents and their schemers; two corrupt cops.

I only saw this for the first time a few months ago on a DVD with terrible subtitles; I got the gist of the story but it didn’t matter. There were some excellent fight scenes and Cynthia Khan is watchable on screen; the action is choreographed by Master Yuen Woo Ping so you know you’re in for something special.

PLOT: A near retired cop and his unit are willing to put down a crime boss at all costs while dealing with a replacement inspector who is getting in their way. Meanwhile, the crime boss sends his top assassin to kill the cops.

I always found SPL to be a little slow to get going but the second half more than makes up for it with some of the best fight scenes you’ll ever see and a fantastic villainous turn from Wu Jing. His final fight scene with Yen is as awesome as you’d expect. A slow start but a killer finish with a really surprising ending.

PLOT: A hot-headed inspector takes on a small but powerful Vietnamese-Chinese gang, after a series of crimes and murder attempts committed and putting an undercover cop and his girlfriend in great danger.

Can’t argue with this at number 2; Flashpoint is a masterpiece of the action genre with Yen and Collin Chou genuinely fighting each to give it more realism. It works and is one of the all-time great action flicks. Essential.

PLOT: A semi-biographical account of Yip Man, the successful martial arts master who taught the Chinese martial art of Wing Chun to the world.

I’m happy this is number one; yes it has breathtaking fight scenes but the reason I love the Ip Man films is how likeable the character is. Yen plays him with an easy smile; a man who never hesitates to help those in need and when required he will fight for what he believes in. I love the sequel just as much but apparently nobody else does as it got zero votes.

Donnie will also be seen in a Galaxy Far, Far Away next year when he appears in Star Wars: Rogue One. Can’t wait!