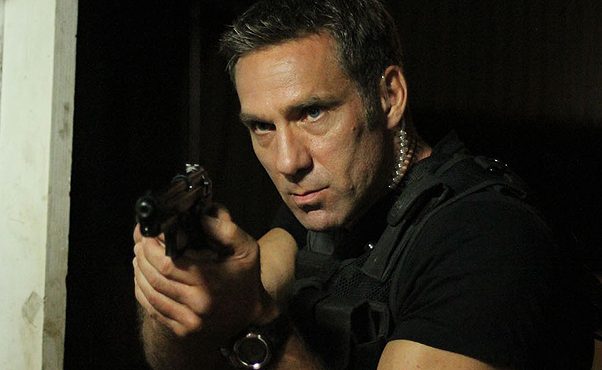 A couple of weeks ago we did a poll where you could vote for the best Gary Daniels movie; well the votes have all been tallied and today we have the list with his top 10 movies as voted for by you.

Of all the polls we’ve done on The Action Elite this has arguably been my favourite as there were a lot of votes which kept things varied and interesting.

This movie has Gary Daniels on villain duties facing off against Steve Austin; when it first came out I blind bought in on Blu-ray and it didn’t disappoint. It feels like an old-school actioner in the vein of First Blood and most importantly it also has an awesome bad guy death.

You can never go wrong with Cary-Hiroyuki Tagawa as your villain and White Tiger has some wicked action scenes especially the boat explosion which was done practically which will ALWAYS look better than CGI.I haven’t watched it for a few years so it may be time for a rewatch.

One of Gary’s more recent movies Skin Traffik has a current story about human trafficking so no matter what he does to the bad guys they 100% deserve it.

Sugar Ray Leonard, Patrick Kilpatrick and Charles Napier star with Gary in this action-packed movie from Joseph Mehri. I’ve always been a fan of Kilpatrick’s ever since he played The Sandman in JCVD’s Death Warrant and he hams it up nicely in this with an Oirish accent as the villain. Good times! 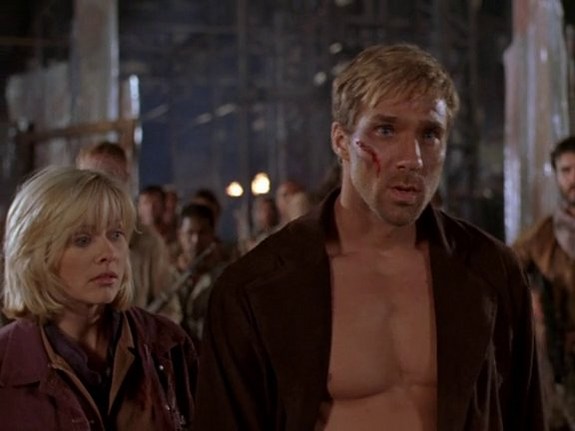 Isaac Florentine directed this post-apocalyptic actioner which also starred Bryan Genesse and Barbara Crampton. The action was (as you’d expect from Isaac) superb and even features a scene of Gary running away from an explosion.

5. Fist of the North Star

This is a fan favourite but also when I interviewed Gary a while back I asked him if there were any movies he’d have liked to do a sequel to this was one of them. With its post apocalyptic nightmare visuals and cast that includes Costas Mandylor, Chris Penn, Nalona Herron, Malcom McDowell, Melvin Van Peebles and Clint Howard this is definitely a must watch.

This is my second favourite movie of Gary’s so I’m pleased it got a lot of votes; considering it doesn’t have a massive budget there are some jaw dropping set pieces and fantastic stuntwork.

No surprise that this was near the top of the list with Gary on villain duties once again; he has an awesome fight with Jet Li and Jason Statham at the end of the film and (spoiler alert) has a pretty epic death scene too.

Recoil is my personal favourite Gary Daniels flick as the action is just awesome and it’s one of the fastest paced 96 minutes you’ll ever see. The car chases and fights are really well executed and I watch it regularly.

Well here we are at number 1 and Bloodmoon won with an overwhelming majority beating out The Expendables and Recoil. This movie has a special place in my heart too as it was one of the first movies where I saw the late great Darren Shahlavi in action.

So there you have it; above are the best Gary Daniels movies voted for by the fans. Thanks to everyone who voted; this was a lot of fun to put together.