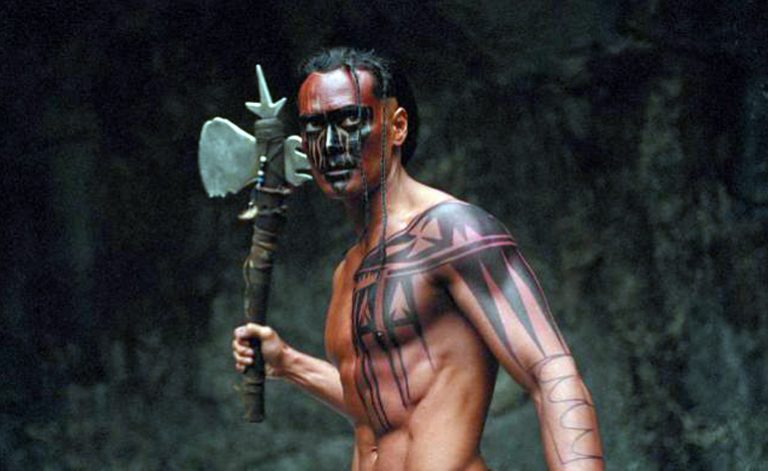 Mark Dacascos has always been one of my favourite action stars; with moves like Drive, Brotherhood of the Wolf and Crying Freeman under his belt it’s difficult to choose which is his best film.

He’s had a great career in television too on shows like Hawaii Five-0, Agents of S.H.I.E.L.D. and of course Iron Chef; he’s also been successful as Kung Lao in Mortal Kombat: Legacy.

A while back we did a poll where you could vote for your favourite films from Mark and today we’ve got his top ten best films as voted for by you.

There are a few surprises for sure; check out the results below.

These two movies both got the same number of votes so I thought it would be fair to have them together on the list. Double Dragon is arguably the cheesiest movie and I gotta say I’m surprised it got any votes at all but I guess it is a guilty pleasure with Robert Patrick hamming it up as the villain. No Code of Conduct has Mark teaming up with Charlie Sheen and also co-stars Martin Sheen. It has some quality action scenes and is everything I love about 90’s action movies.

Operation Rogue was well made and entertaining but I ultimately found it a little disappointing as there wasn’t enough of Mark kicking people’s ass in hand to hand combat. Still, nice to see it getting some long here.

One of my buddies said this movie was bad but I still enjoy it; it’s got that 90’s B movie feel with tons of fight scenes and but also introduces us to Mark Dacascos: Villain. He’s damn good at it too making this movie totally necessary with a side order of nachos and beer.

I’ve always found Mark quite menacing when he plays a bad guy and China Strike Force is the second entry on the list where he is a villain. He also co-stars with Aaron Kwok, Lee-Hom Wang and Coolio… yes THAT Coolio.

The Base is certainly one of my faves; it has great characters, tons of action and Dacascos in kick ass form. I’m pleased this got a few votes as it’s definitely one of his better movies.

I was surprised to see this so high up on the list but I watched it for the first time recently and I have to say that it was pretty entertaining. Directed by Jesse Johnson it has solid performances and plenty of action.

4. Brotherhood Of The Wolf

Brotherhood of the Wolf remains a criminally underrated movie and managed to be unlike anything we had seen before, but also showed us a new side to Mark as this was more of a period drama with some fighting thrown in for good measure. If you haven’t seen it, track it down as it’s worth watching.

This was one of the first Western movies to showcase capoeria and it also really gave us a look at how awesome Mark Dacascos was at martial arts. I’m glad it got as many votes as it did.

Crying Freeman is arguably my favourite movie from Mark; I love the atmosphere but it also has plenty of action too. Why have we never had a proper DVD or Blu-ray release in North America? Come on, people! Make it happen!

Drive won by a rather huge margin so this is clearly the most popular with fans; I have to admit it’s always had a soft spot in my heart as well so it’s good to see it get the top spot.