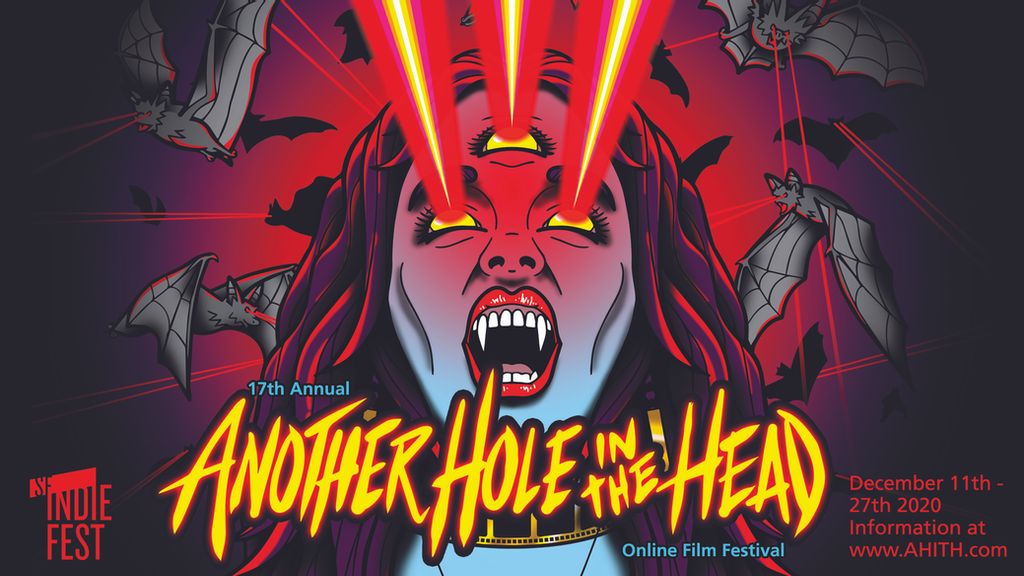 Tomorrow is the start of the online Another Hole in the Head Online Film Festival featuring a plethora of new indie features. Check out full details from the website below.

SF IndieFest’s ‘Another Hole in the Head’ Film Festival is a two week cinematic excursion into the realms of Science Fiction, Fantasy, Horror, and assorted other genres. Taking its cue from other legendary festivals such as Cannes, Sundance, and Crazy Steve’s Bootleg Basement Extravaganza, Another Hole in the Head pulls together a diverse collection of films representing all varieties and budgetary considerations. From your buddy Keith’s skateboarding footage in an enchanted forest, to Burt Reynolds in Space, to tomorrow’s cult classic destined for Lionsgate, Another Hole in the Head provides a unique vehicle for independent cinema. This year’s festival takes place December 11th – December 27th on eventive and Zoom.

While 2020 marks the 17th anniversary of Another Hole in the Head, its heritage can be traced somewhat further back in the Bay Area’s illustrious past…

Sometime during the late 1980’s, amidst the burgeoning microchip scene which permeated the auxiliary communities of greater San Francisco, several computer engineers huddled around a coworker’s cubicle for a viewing of the 8-bit classic, Technotician 5000–a binary program that both astounded and terrified, with visions of strange, pixelated, passive-aggressive restaurant reviews, and a dystopian society of human beings wandering a landscape of lifeless monoliths, controlled all the while by tiny machines welded to their hips.

Some decades before that–in the halcyon days of experimental film and cinéma vérité–amidst a haze of thai sticks and orange sunshine, a local commune hosted a screening of Virgo’s Kaleidoscope, a film of such magnitude and import that several audience members recalled it as “A two hour transcendent microcosm of like, life… or something…” and “Wow… dig.” [Recent evidence suggests that the projector did not, in fact, contain any film.]

Even going back to the city’s incipient formation in the early 1850’s, one can trace this festival’s genesis to the first screening of a zoetrope entitled Zeke Done Jumped My Claim, a Gothic horror story presented by grizzled prospector and renowned coot Horatio Black, which led to three days of riots and whiskey drinking. And if the past 15 years of the Another Hole in the Head Film Fest is any indication, 2019 should continue this storied tradition.

With this festival, we seek broader horizons than the common interpretation of “genre film” allows. All styles of independent film are welcome to compete: whether it’s a major production from a professional company, a student film, or a micro-budget labor of love, we are committed to giving each film due consideration.

We are located in a very receptive town for film, and we’ve built a passionate following over the years. 2019 will mark our 16th year among the most highly rated festivals in the world, and we’re still growing!

San Francisco is the second largest film market in the country, and a great promotional platform for indie filmmakers who are trying to get their film out into the world. Many films that screen at our festival spark the attention of other film festivals and film brokers/buyers. In addition, the films and the festival are reviewed by some of the top players in the industry, such as Variety, The San Francisco Chronicle, Dread Central, Bloody Disgusting, and Fangoria, just to name a few. 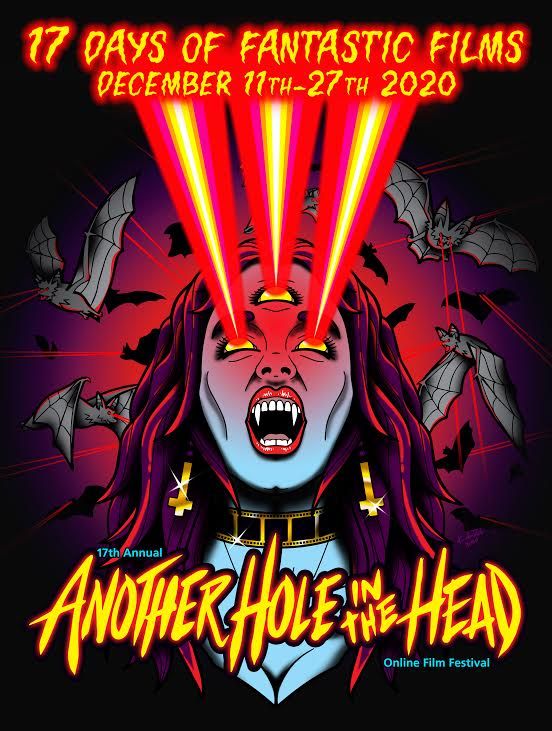