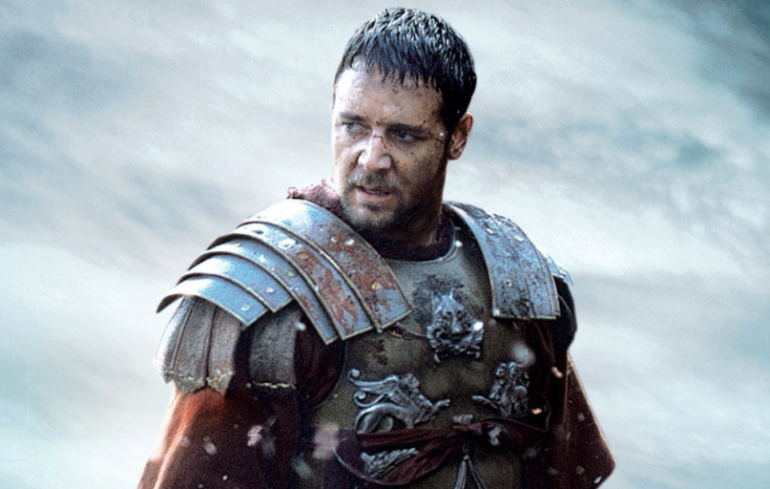 “Father of a murdered son, husband to a murdered wife and I shall have my vengeance in this life or the next.” –  Roman General Maximus Decimus Meridius

Critically acclaimed as one of the best action films of the 21st century, Gladiator continues to stand the test of time and is just as thrilling to watch now as it was when it was first released in the year 2000. As 2022 is the 22nd anniversary of the historical epic, The Action Elite will take a revisited look at Ridley Scott’s masterpiece. So sit back and relax as we take a look at what makes Gladiator such a special film.

The jury is out as to whether Gladiator is Ridley Scott’s Magnum Opus given how many masterpieces Scott has directed (Silence of the Lambs, American Gangster, House of Gucci to name a few). If you are reading this in the UK, you will know that there are almost endless repeats of Gladiator (as well as Silence of the Lambs) on ITV2. Personally, I have watched Gladiator several times and I still love the film to this day. Despite being released over 22 years ago now, it is not dated in any way and still surpasses, in pretty much all aspects, 99% of the films released today.

Not only is Gladiator visually outstanding, but the cast is world class too. Joaquin Phoenix portrayal as Commodus is outstanding whilst Derek Jaccobi played an incredibly realistic Roan senator in Gracchus. Oliver Reed’s Proximo was another inspiring casting, Unfortunately, this was Reed’s final film as the actor died during filming.

Although Russell Crowe was already relatively well-known for his role in LA Confidential and The Insider (Crowe was nominated for a best actor nomination for his role), it wasn’t until his portrayal of Roman General Maximus Decimus Meridius in Gladiator which made him a household name worldwide. The early 2000s were certainly Crowe’s peak years, and Gladiator ensured his box office standings were the highest of any actor at the time.

The score to Gladiator was composed by Lisa Gerarrd and the legendary Hans Zimmer. The soundtrack was released as an album in 2000 and won the Golden Globe for Best Original Score. To this day, Gladiator’s music is regularly voted as one of the best film scores ever. Almost all of the best movies have an accompanying awesome soundtrack and Gladiator certainly helps to back this statement up.

The ending song ‘Honour Him’ followed by ‘Now We Are Free’ are my personal favourites, if you have a favourite, please let me know in the comments!

There have been hundreds of films based on Ancient Roman times, and Gladiator is certainly up there among the best of them. Gladiator has inspired countless other movie directors, actors and people. If you look at the YouTube comments of different Gladiator videos, it is easy to see that people are inspired to be better when they watch Maximus, the incredible soundtrack is also inspirational.

Interestingly enough, Gladiator has also influenced numerous video games from Xbox games such as Ryse: Son of Rome to online slot games including Cleopatra slots, many of which feature Roman armies and Juilius Caesar’s General, Mark Antony. There is also a slot game themed around the Gladiator movie, if you can believe it!

We hope this tribute has done justice to Ridley’s Scott’s epic. As well as being thoroughly entertaining, Gladiator also teaches viewers gratitude, which, in 2022, is perhaps one of the most important traits to practice.