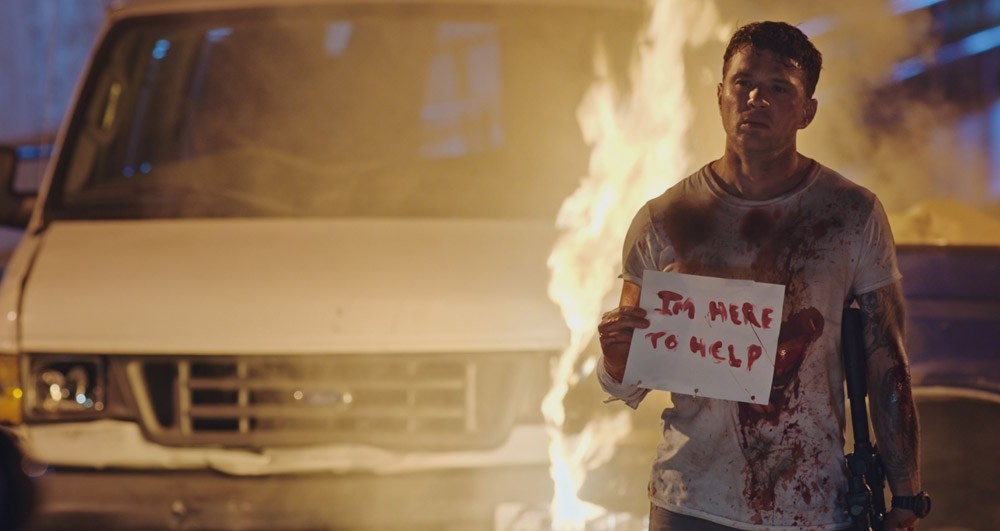 The 2nd may not have a huge budget but it’s still one of the best action films of the year with regular fight scenes, a likeable hero and Casper Van Dien making for a fun villain.

Plot: Secret Service Agent Vic Davis finds himself single-handedly fighting to thwart a terrorist operation and the attempted kidnapping of a Supreme Court justice’s daughter from her college dorm.

Review: It’s funny how a few weeks ago I had no idea this movie existed but when I saw the trailer it piqued my interest as I love the idea of Casper Van Dien as a villain but also getting to see Ryan Philippe show off his fighting skills in an action hero role. He already proved he had the chops in the TV series Shooter so this feels like a natural progression.

The title of the movie The 2nd refers to The 2nd Amendment in the United States constitution which is important to the story as the villains want to stop a Supreme Court Justice from putting an opinion through that might jeopardize their cause so they attempt to kidnap his daughter to sway his opinion. I’ll say nothing else as I don’t want to spoil any story details.

The 2nd feels like a true throwback to old-school action with hand to hand fight scenes every few minutes and real explosions proving that you don’t need a massive budget to do a decent action picture.

Casper Van Dien makes for an entertaining villain who isn’t just a one note bad guy but does what he thinks is in the best interests for the country. His final fight with Phillippe feels similar to Matrix vs. Bennett in Commando except just without the awesome payoff.

The fight scenes are clear and coherent with no shaky cam or CG and the fact this is around 90 minutes long keeps it well-paced.

A new action hero is born with the character of Vic Davis (Ryan Phillippe) who gets to kick ass and even has some choice one-liners like “are you hurt?” “No, it just gave me a work-out!” Hell yeah! I also think Ryan might be a vampire as he’s 45 years old and looks the same as he did in I Know What You Did Last Summer.

It looks like this could end up becoming a new franchise which I would have no issue with as the story is far from over by the time the end credits roll.

Jack Griffo also shines as Vic’s son Sean who has been trained by his father to fight so he can hold his own against the bad guys attempting to kidnap Erin (Lexi Simonsen). None of the young cast are portrayed as annoying teens and actually come off as sympathetic so we are rooting for them the whole time.

At times it may remind you of the Dolph Lundgren movie Detention but this is far better in every way.

Overall, The 2nd delivers the action goods with Ryan Philippe making for an effective action star and Casper Van Dien an entertaining antagonist making this a total blast.