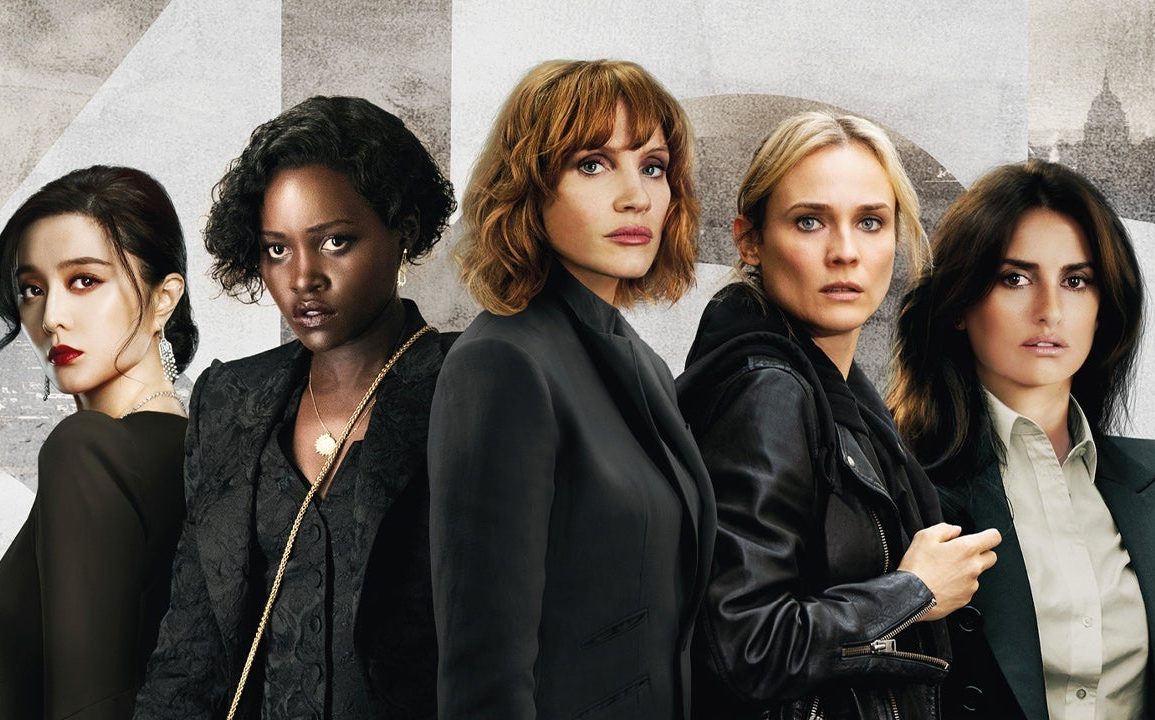 The 355 is a diverting evening’s entertainment with an appealing cast and a few decent action scenes but there isn’t anything about it that makes it stand out as anything special.

Plot: When a top-secret weapon falls into mercenary hands, wild card CIA agent Mason “Mace” Brown (Oscar®-nominated actress Jessica Chastain) will need to join forces with rival badass German agent Marie (Diane Kruger, In the Fade), former MI6 ally and cutting-edge computer specialist Khadijah (Oscar® winner Lupita Nyong’o), and skilled Colombian psychologist Graciela (Oscar® winner Penélope Cruz) on a lethal, breakneck mission to retrieve it, while also staying one-step ahead of a mysterious woman, Lin Mi Sheng (Bingbing Fan, X-Men: Days of Future Past), who is tracking their every move. As the action rockets around the globe from the cafes of Paris to the markets of Morocco to the opulent auction houses of Shanghai, the quartet of women will forge a tenuous loyalty that could protect the world–or get them killed.

Review: Our cinemas were still closed when The 355 was released but it’s now out on digital so I was able to finally catch up on it. Reviews have been mixed for the female led actioner and it wasn’t a huge box office hit but despite having flaws it’s certainly not a terrible film.

The 355 is watchable for our appealing quintet with the seemingly ageless Penélope Cruz bringing in the heart as the reluctant hero of the group, Jessica Chastain as the solitary leader, Lupita Nyong’o as the computer/tech whizz and my favourite being Diane Kruger who feels believably hard edged. Bingbing Fan is also there to help out the crew but there isn’t much to her character so she makes little impact. Marion Cotillard was originally meant to star but had to drop out for personal reasons.

Sebastian Stan plays Chastain’s old flame who may not be everything he seems and we also get Edgar Ramírez in a small role and Jason Flemyng (who plays the big bad).

It’s safe to say I’ve watched quite a few action movies in my time so it’s hard to see something that feels fresh and The 355 is another mediocre action film that will likely be forgotten quickly. The script lacks punch with no humour or memorable dialogue and any twists you can see coming from several scenes beforehand; at 2 hours it could have used a few more innovative set-pieces as it just feels incredibly formulaic.

It’s not all bad though as like any good spy yarn we get some nice international locations and a few tension-filled moments; the best scene of the film involves the fate of some hostages which was nail-biting stuff but there isn’t anything about the majority of the action that felt new or especially exciting.

I liked the bullet riddled finale which left things open for a potential sequel which will likely never happen; it’s too bad as I enjoyed watching the ladies do their thing… they just needed better material.

The music score I barely noticed leaving no impression whatsoever but that’s not much of a surprise these days.

Overall, The 355 is elevated by the cast doing the best they can with the material and a few entertaining set-pieces but there are so many other, better movies like this out there that it’s hard to recommend it. Maybe give it a watch on Netflix when it hits as there are worse ways to spend a Saturday night.