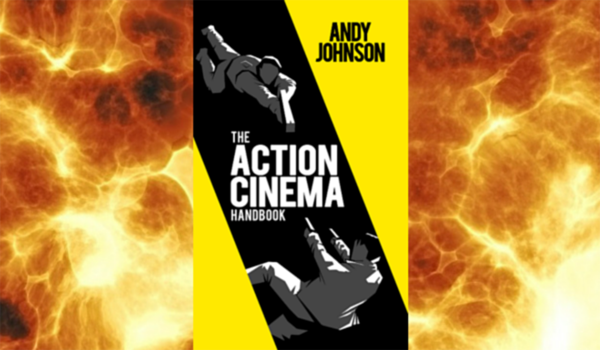 The Action Cinema Handbook is an essential read for fans and definitely worth picking up.

About: The Action Cinema Handbook is a new guide to cinema’s most exciting genre by Andy Johnson.

Review: If ever there’s a book that’s essential for all action cinema fans it’s the Action Cinema Handbook, written by Andy Johnson. It’s a comprehensive and hugely entertaining look at the best of the genre and even discusses the roots. It has short yet effective reviews of 75 films including classics like Enter the Dragon and Dirty Harry to more recent international fare like The Man from Nowhere.

In fact, this really is the kind of book I should have written and I wish I had. Andy’s writing style is like it’s an old friend chatting to you about your favourite movies. He’s enthusiastic but never pretentious and his love of the action genre is apparent from the first page.

It’s not just reviews either; there are best-of lists for fight scenes, car chases and shoot-outs with some behind the scenes facts thrown in for good measure. These are my favourite parts of the reviews; a little tidbit of info which you may not know about the film which begs you to keep reading in case you can find some more details on your favourite movies.

Cobra gets a positive review and that’s the most important thing obviously. I like how Andy talks about the movie being a mixture of action and slasher which separates it from a lot of the other cop thrillers of the time.

It’s nice to see film score composers getting some love as well in this book, including Jerry Goldsmith, Alan Silvestri and Basil Poledouris who are now legends.

Having only read a PDF version of the book I’d have to say that the only downside is the lack of glossy pictures. Yes, I can surprisingly read a book without pictures but this would really benefit from a few stills from the discussed movies just to make it a little less text heavy.

Aside from that The Action Cinema Handbook is an essential read for fans and definitely worth picking up.