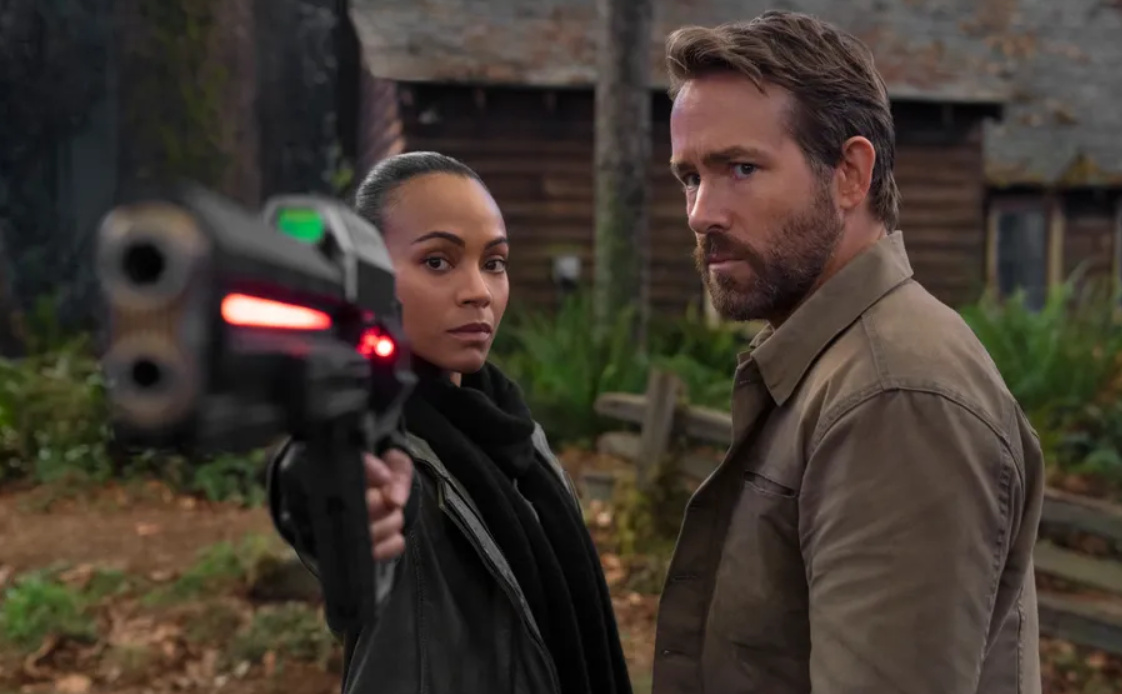 Plot: After accidentally crash-landing in 2022, time-traveling fighter pilot Adam Reed teams up with his 12-year-old self for a mission to save the future.

Review: *Mild spoilers ensue* Like Dwayne Johnson in recent years Ryan Reynolds has become a brand in himself where he practically plays the same smart mouth character in every film; the new Netflix sci-fi actioner The Adam Project has Reynolds doing more of the same but he still manages to be incredibly sympathetic while also providing his acerbic one liners.

Hearkening back to movies like Flight of the Navigator, The Adam Project is one of Netflix’s better films and as we all know they can easily go either way. The first half an hour isn’t exactly action-packed but it’s establishing the characters and their stories to get us involved.

Young Adam (Walker Scobell) is a bullied kid trying to recover from the recent death of his father; he has a big mouth which gets him into trouble regularly but when he meets the future version of himself (Ryan Reynolds) his life will be changed forever. Walker Scobell is perfectly cast capturing Ryan Reynolds’ personality nicely spitting out dialogue which you could totally hear him say. I’m not sure 12 year olds would speak quite like that but it’s been a while since I was that age so perhaps I’ve forgotten.

When Older Adam appears it’s Reynolds mostly doing his usual thing but this time he is more world weary and depressed, haunted by not only the loss of his father but also his wife (Zoe Saldana). Young and Old Adam begin a quest to save the future but it might not be as easy as expected.

When the action does kick in it’s a lot of fun featuring fight scenes, (CG) explosions and chases with a particular highlight having our heroes driving through the woods while being pursued by bad guys on hoverboards. There are references to Star Wars, Terminator and of course Deadpool so this feels very modern but it never loses its heart; I’ll admit by the end I was nearly sobbing so it had me clearly engaged.

It’s a fast paced hour and 45 minutes and the two Adams make for an amiable duo; it didn’t quite go the way I envisioned but the ending is still relatively uplifting and manages to avoid going for obvious clichés.

Zoe Saldana’s role was smaller than expected but she gets some moments to shine; Alex Mallari Jr. is truly hateful as henchman Christos with Catherine Keener also coming off as suitably nasty as Maya Sorian.

Overall, The Adam Project is heartfelt and entertaining while having enough action to keep things moving; it takes us back to simpler times reminding me of Amblin movies of old so if you’re looking for a diverting few hours you could do a lot worse.