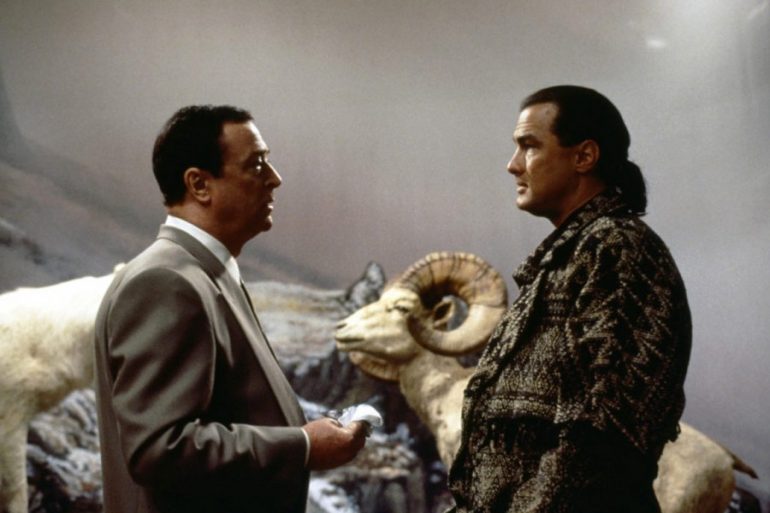 The Awesome Kills of On Deadly Ground

The 90’s were peak Sensei Seagal and although his directorial debut On Deadly Ground doesn’t get much love it’s still massively enjoyable mostly because of the sheer brutality on display.

He always shows a sheer lack of mercy to his opponents and I like that in my action heroes.

There are so many casually violent moments like John C. McGinley being thrown into helicopter blades, that chick who tries driving away but crashes into a tank in her car then burns to death. She’ll not do that again!

Don’t take my word for it; check out this rad video which showcases the finest kills in On Deadly Ground.

Despite having massacred probably a thousand people at least Forrest Taft saved the environment… yay.