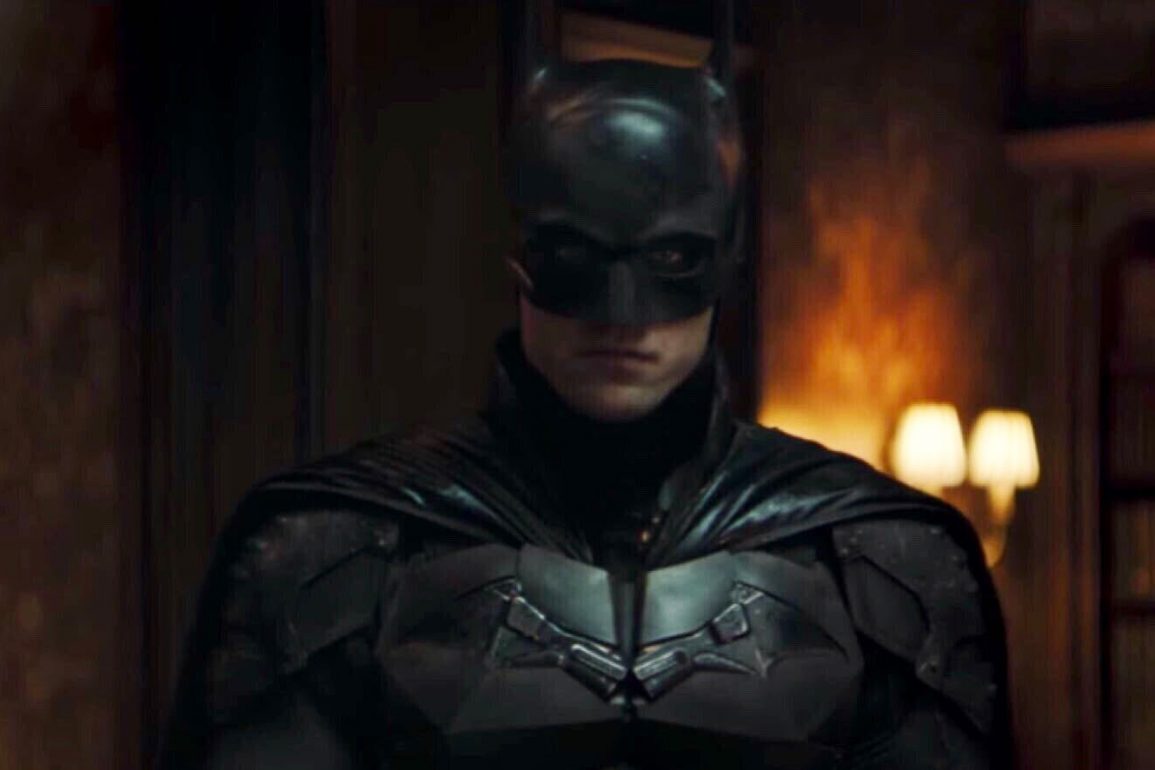 The Batman 2022: Re-Shaping the Superhero Genre

The latest Batman movie, directed by Matt Reaves, hit the theaters on March 4. The first reviews are already in and the latest cinematic iteration of the Caped Crusader seems poised to be a global hit, currently holding an 85% score on Rotten Tomatoes and an 8.7 rating on IMDB. If you’re not a cinema-going person, you’ll be able to stream the movie on HBO Max starting April 19. In case the streaming service is not available in your region, you could try a streaming-ready VPN to watch the movie.

Matt Reaves’ The Batman represents a departure from several decades-long tradition of how Batman movies (and superhero/action hero movies in general) are made, while at the same time staying surprisingly loyal to the core concepts that made the Dark Knight so popular in the first place. One of the biggest surprises was the decision to cast Robert Pattinson as Batman – an actor very few people could even imagine filling the bat-shoes of probably the most recognizable superhero in the world.

Pattinson has been carrying a Twilight-shaped burden throughout his acting career, which keeps a portion of the audience from ever treating the talented actor seriously.  On top of that, many were left wondering how the 165 lbs-heavy actor could portray a superhero with muscles like sculpted steel. 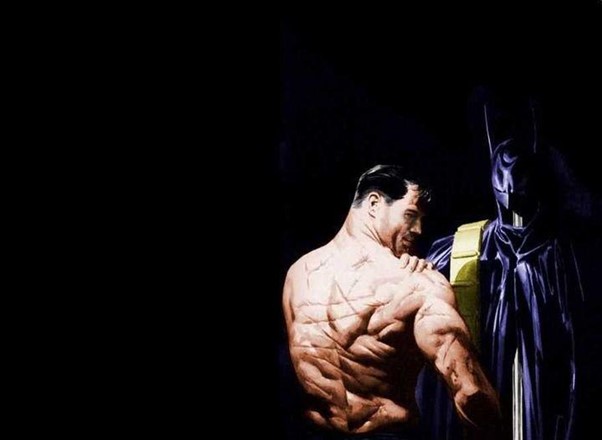 Skinny Batman vs. the Jacked-Up Superhero

Thanks to how superheroes have been represented across all mediums in the last two decades, the dominant image of how we conceptualize superheroes is one of 200 lbs+ beasts that seem as if they eat nothing but whey protein and raw chicken breasts. 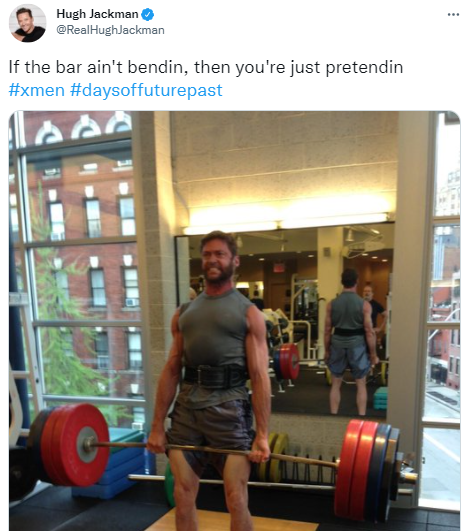 First, let’s take a look at the previous Batman movies. Christopher Nolan’s Batman trilogy is held up as probably the best cinematic representation of the Dark Knight we’ve had in recent history. In the trilogy, Christian Bale plays Batman – a role he had to gain more than 70 pounds for in a six months span. This is one of the most extreme weight gains we’ve seen in Hollywood, exacerbated by the fact that Bale’s previous role in the Machinist had him drop his weight to an unnaturally skinny 116 lbs.  Tom Hardy also went through a harsh training regiment, gaining 30 pounds in total to play Bane – the main villain in the third part of the trilogy.

Ben Affleck’s Batman was even bulkier. While Affleck had the advantage of having a powerful 6’4″ frame, he also gained 9 kgs of muscle in order to fill up the Batsuit, bringing his total weight to 228 pounds. Other superhero movies were in the same vein, as Jason Momoa’s Aquaman, Henry Cavill’s Superman, and Chris Hemsworth’s Thor clearly show.

Video games and comics also stuck to a gym rat physique for everyone’s favorite brooding superhero, cementing the image of a jacked-up Batman in our collective consciousness. Hence, when the news of Robert Pattinson being cast as Batman came out, it caused an uproar among fans, as everyone deemed it nigh-impossible that the lightweight actor could ever attain the same look.

And he didn’t. That doesn’t mean he didn’t undergo a taxing training regimen, prompting Pattinson to say that he never wants to see a piece of white fish with just lemon’ again after preparing for ‘The Batman’. 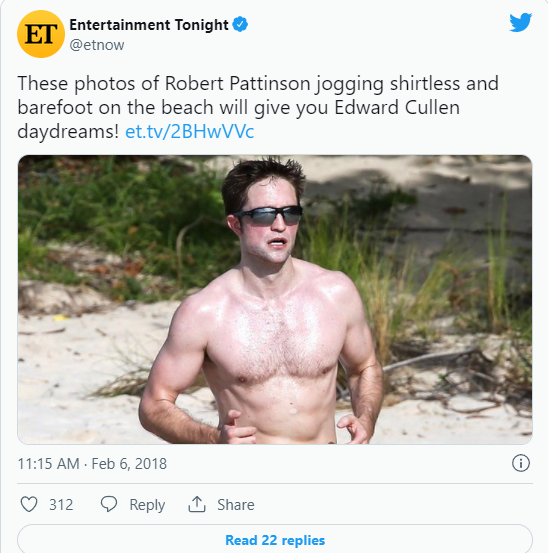 Judging by the reviews, even the non-bulky but still lean and athletic Batman look worked. While discussing the “realism” of superhero movies is pointless, there is something to be said about how an actual Batman would look. A 220 lbs lumbering juggernaut could hardly be imagined as being as athletic as Batman should be, having in mind that the masked vigilante has no superpowers and relies on agility, movement, gadgets, martial arts, and guerilla tactics to beat his opponents. As such, having a leaner Batman is probably more appropriate for the character.

Secondly, and much more importantly, having actors undergo extreme weight gain/loss regimens for roles is extremely unhealthy. I’d argue that maybe we shouldn’t push actors so far as to jeopardize their health just so they could be muscular enough to fill our imagined representation of a fictional hero.  This, of course, goes far beyond Hollywood alone. Singers, athletes, and other celebrities are all often pushed to the brink by their respective heartless industries, leaving people with serious health issues down the line.

Putting the Human in Superhuman

Another point of departure from previous Batman movies is Bruce Wayne’s character himself. The traditional modus operandi was to portray Batman as the billionaire playboy by day, a calculated and effective crime fighter by night.  In Matt Reaves’ version, Bruce Wayne is portrayed as a crippled, unadjusted man struggling to cope with his trauma.

This is, naturally, a significantly more humanized version of the character we’ve too often seen portrayed in a two-dimensional manner, where the only way in which he handles his trauma is through cold-served vengeance on Gotham’s criminals. Again, it’s much more believable that the man who saw his parents murdered while was a child and who witnesses the horrors Gotham villains unleash on Gotham daily would be broken in more ways than one.

While Pattinson’s “emo Batman” might bother fans looking for the gruff and brooding version of the hero, I personally prefer that over the character who has a nearly-sociopathic ability to act as a flippant billionaire that collects expensive cars and courts supermodels during the day.

We saw a similar route taken in the latest movie about Batman’s most popular villain – the Joker. The Clown Prince’s origin story in the movie was adapted to show how various underfunded societal institutions fail the poor and mentally ill, and how many of Batman’s villains aren’t simply evil, but products of the uncaring world they live in.

This switch from unemotional, jacked-up action heroes to those more in line with realistic expectations and characters that display actual human emotion goes beyond superhero movies alone. While partly comedic, the newly-released Pig and Nobody also work to turn the action hero genre on its head. The famously emo Keanu Reeves in both the new Matrix and John Wick franchise also seems to take this route.

This new era is bound to draw ire from a portion of the action movie fanbase, but I think this is a welcome change. Comically-muscled heroes aren’t going anywhere, as proven by endless action movies starring The Rock, Jason Statham, and the crew. If we get action heroes portrayed in a more human manner, while reducing the toll cruel training regimens take on their health, I believe this is something we should applaud, not reject.