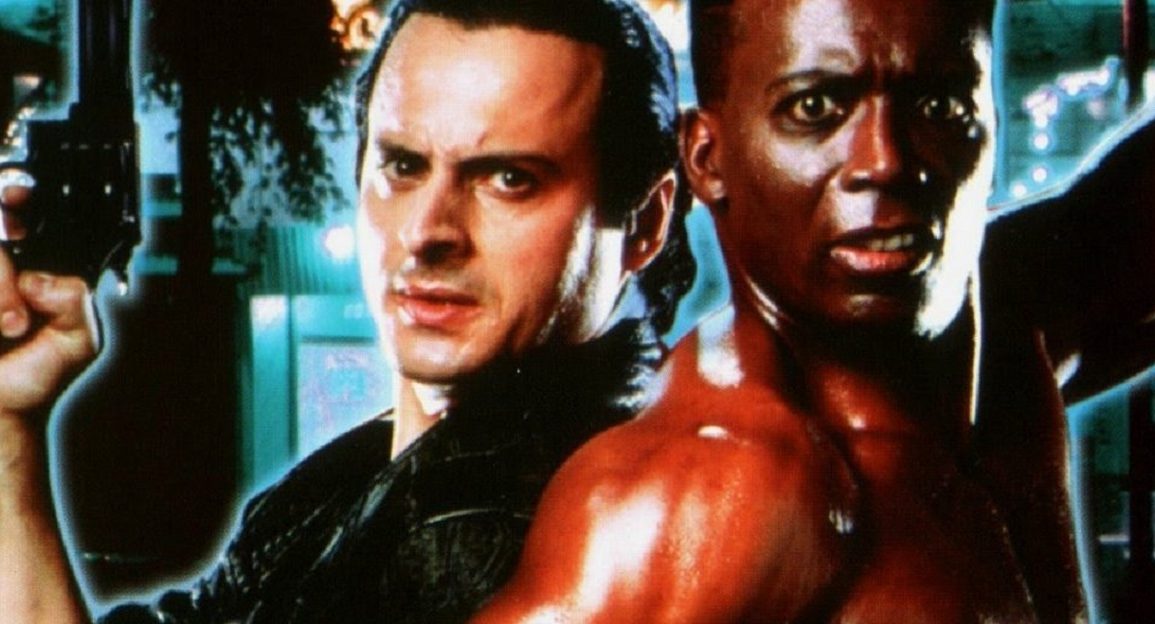 The Best of Billy Blanks

I’m kind of on a Billy Blanks tip recently So today I thought I’d pay tribute by mentioning some of my favourite movies of his so if you’re a newcomer to Blanks here’s some classics to get you started.

Honourable mention: The Last Boy Scout – Billy Blanks is in the opening scene of this movie as a footballer who at the end of his tether runs out on the field and shoots other players before blowing his own brains out.

This is not a great film by any stretch of the imagination and hasn’t stood the test of time that well but it’s the ultimate guilty pleasure telling the story of a maniacal leader who trains assassins to become more efficient killing machines using virtual reality. A Federal Service Agent is assigned to infiltrate the mysterious academy. Jalal Merhi once again co-stars.

King of the Kickboxers

This time Blanks is on villain duties and he’s batshit crazy as he takes on Loren Avedon who plays a New York cop who poses as an actor to expose the making of martial-arts death movies in Thailand. Lots of face punching ensues and Blanks is a massively entertaining and over the top bad guy.

Talons of the Eagle

Blanks reunites with Jalal Merhi and Matthias Hues in this gem which has James Hong as the villain. In Talons of the Eagle U.S. and Canadian undercover agents (Billy Blanks & Jalal Merhi) use their martial-arts skills against a drug lord (James Hong). Check out the trailer and prepare for awesomeness; screeching electric guitars, explosions and ass-kicking aplenty make this another fun time.

In Showdown (reviewed by David last week) Blanks is in mentor mode as an ex-policeman/school janitor (Billy Blanks) who shows a new student (Kenn Scott) how to defend himself from a martial-arts whiz. The bad guy is played by Patrick Kilpatrick (Death Warrant) who never disappoints.

I just wrote about this the other day and I still love every moment of it as Billy Blanks teams up with Bolo Yeung to take on Jalal Merhi. Set in the future Blanks plays a kind of futuristic cop who with the help of his partner ruthless gangs, corruption and homeless people with nunchucks. Everything about this movie is awesome.

The perfect double bill with Bank in Action, Tough & Deadly once again has Blanks teaming up with Roddy Piper to take down a rogue CIA agent played by Richard Norton. I love how Blanks and Piper have such different fighting styles with Blanks using martial arts but piper’s style is more down and dirty. In fact one could almost describe it as tough… & deadly.

Billy Blanks and Rowdy Roddy Piper starred in this action gem which is my absolute favourite of his. The plot is about two men who have different motivations but the same goal when they team up and mount an assault on a powerful drug gang. Blanks is at his badass best and his buddy banter with Piper is awesome; it has electric guitar music and epic kills to make it a must see.

Those are some of my personal favourite films starring Billy Blanks so if you are unfamiliar with his work be sure to check them out. You won’t regret it.