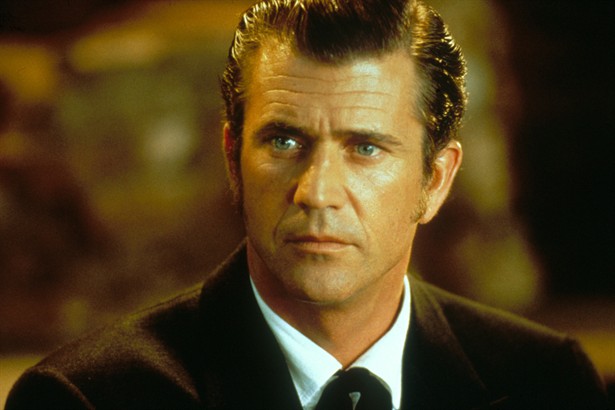 Almost invariably, every time a casino features in a movie scene, we are bound to see a spectacular win, much more like the potential of winning a large sum of money while playing online. Though these wins aren’t always true, they are a great way of keeping the viewer’s attention riveted to the screen, anticipating on what’s going to happen next.

With the pending release of the much anticipated Molly’s Game, a Hollywood Blockbuster based on a ‘Poker Princess’ Molly Bloom, I’ve found myself thinking about some of the best western movies.

Though they were produced many years ago, the western movies based on gambling, just like 21st century video slot games, bring to you the blitz and glamour of the Las Vegas without the hassle of having to sort out a VISA or having to place your liquids in a clear plastic bag.

From the sophistication and suave through to peculiar outlaws, the casino themed movies have given rise to some absolute classics and without any further ado, here are my best gambling scenes in western movies:

Most of you would probably only be aware of Maverick, which is a popular remake of the television show, in which Mel Gibson plays as the staring following a card playing con artist. He hopes to collect enough money, which should help him enter into one of the high stakes poker game.

What Maverick does as a movie is to showcase what life used to be for a traveling card shark back in the 19th century, including using cheats, cunning, quick wit and more often, a gun to win the game.

A good scene for instance is during the final hand of the high stakes games, when the three remaining players have (in order of highest to lowest hand strength) a royal flush, a straight flash and a four of a kind. It was a good scene, but since players were playing draw poker and not Hold’em, it would have been much better if this final scene took a much more dramatic fashion as scene in The Cincinnati Kid.

Trinity Is STILL My Name!

According to IMDB, Trinity Is STILL My Name! is a classical western themed movie in which two brothers go out and try to become the most successful outlaws, according to the promise they made to their dying father. Part of achieving this requires them to play against other successful poker players, as they try to beat them to become the best.

And it’s during these instances that you’ll find some of my favorite gambling scenes. For example, during the first poker scene, after Trinity has shuffled and the card sharp cuts the deck, he goes ahead and picks up half of the deck that has been cut and places it back on top of the remaining cards.

It’s one scene that has brought so much heated debate online, with many arguing that this scene was a goof. What most fail to realize is that this was Trinity’s way of cheating and in this instant, he knew how the cards were arranged. A proper cut would have changed this order and he could not have won!

A Big Hand for the Little Lady

In this poker themed classic, it’s all about high-stakes poker back in the day. Five of the wealthiest men in Laredo congregate for what they refer to as their annual high stakes poker match. These men go to great lengths to make sure they make it to the even, and one of the men even reschedules his daughter’s wedding just to ensure he’s present at the table.

But this isn’t the peak of the movie. Be warned because continuing to read this will spoil the best part of the movie for you!

Well, it all starts after Henry Fonda collapses right in the middle of a hand, after losing all of the family’s money, and the doctor takes him off. To try and recoup some of the money from the, his wife, Joanne Woodward, replaces him.

But there are a few problems. First, she has no idea how poker is played, and second, all the money is lost. So she heads to the bank and loans Paul Ford, using her hand of cards as collateral. The banker examines the cards and agrees to loan her the money, though it was against his wish, saying right in front of all the other players that the hand is the best collateral he’s even been offered.

Meredith’s wife manages to meet all the other players’ bets and since they all fold, she easily wins! This movie was such a big hit that some news reporters use it often to refer to important scenarios as scene with Hillary Clinton and Jane Pauley of CBS news.

For a long time, casinos have always been featured in movies, yet gambling and films have never been more closely linked. Some of the box office hit movies feature casino scenes but the tension building mega wins featured in the movie scenes are what makes a movie interesting and captivating.

The same applies for the casinos themselves; betting to win is the main objective of playing at the casino, whilst the tension and suspension as you wait to know if you are a winner or you’ve lost acts as the thrilling part.

Which is your best gambling scene?