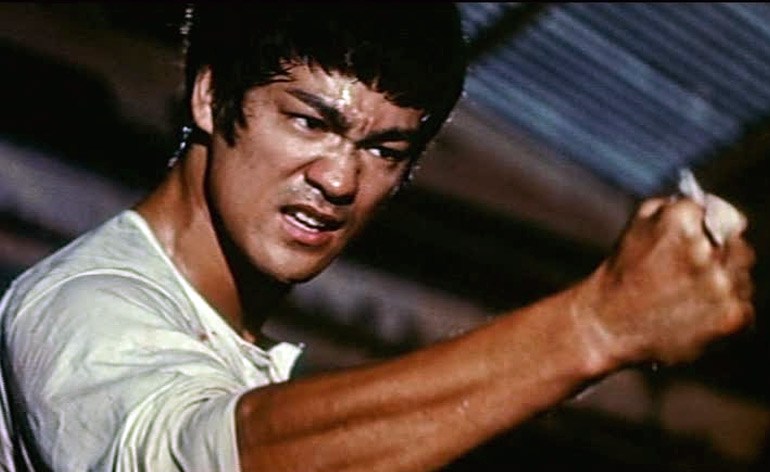 The Big Boss isn’t a classic film but Lee redeems it with his charisma, screen presence and martial arts skills.

Plot: A young man sworn to an oath of non-violence works with his cousins in an ice factory where they mysteriously begin to disappear.

Review: This is probably the Bruce Lee film that I’ve watched the most; I had the VHS on repeat when I was growing up thinking that Cheng (Lee) was one of the coolest characters I’d seen. It’s easy to see why Lee would become such a legend; he oozed screen presence and charisma.

During fight scenes he looks like there is a simmering rage in his eyes and yet during quieter moments he looks utterly peaceful and shows a fun sense of humour too. All of this is apparent in The Big Boss where he shows restraint until he can’t stands no more and although it’s a flawed film, Lee is what makes it watchable.

The story is utterly brainless with probably the dumbest villain story-line ever; we’ll just hide drugs in these blocks of ice and I’m sure no one will notice these dead bodies either. The plot doesn’t really matter though as it’s all just a showcase for Bruce Lee’s awesomeness.

Whenever he reveals his kung fu skills for the first time it’s a definite cheering in the aisles moment and he moves with such grace and speed that you practically feel the impact from every punch and kick.

The dubbing is terrible but that’s always part of the charm and the fact that Lee gets to add some nice moments of humour to proceedings only helps.

I always loved the main theme tune which sticks in my head for days after watching but the rest of the score is kind of annoying and intrusive in parts.

The acting by the majority of the cast is rather terrible too which provides some unintentional mirth.

*Spoilers* It deserves respect for the more downbeat ending; after Lee defeats said Big Boss the cops come and arrest him as he has in fact killed several people, so he faces actual consequences for his actions which is rare in the genre.

Although the fight scenes aren’t as slick as say Ip Man or or The Raid, for the time they are pretty impressive and suitably bloody.

Overall, The Big Boss isn’t a classic film but Lee redeems it with his charisma, screen presence and martial arts skills.