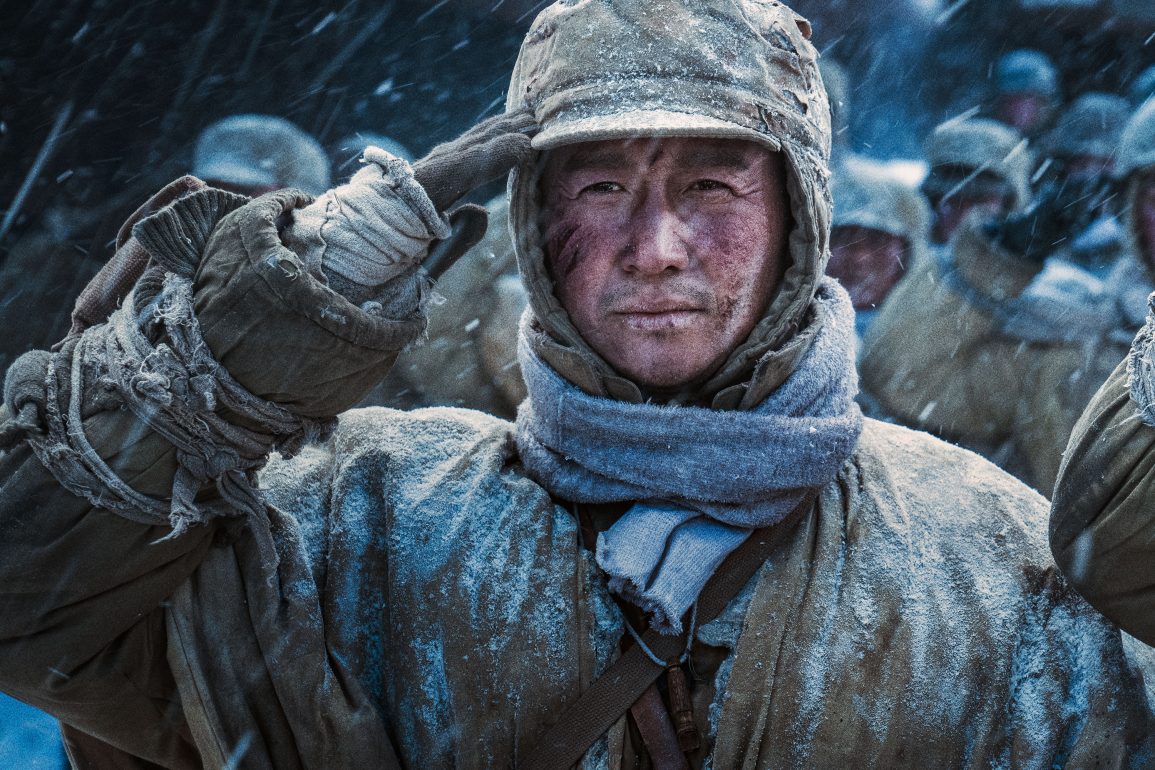 The biggest box office war film of all time, THE BATTLE AT LAKE CHANGJIN, landing on UK Blu-ray, DVD & Digital in May

Trinity CineAsia presents The Battle at Lake Changjin, a cinematic epic co-directed by three master filmmakers, Tsui Hark, Dante Lam and Chen Kaige, which would go on to become the highest grossing war film of all time. It’s released Blu-ray, DVD and Digital platforms from 16th May
“A visceral, adrenaline pumping action movie” History of War Magazine
“Massive battle scenes” Variety
“Blustery action sequences” The Hollywood Reporter
Synopsis: From three master filmmakers comes one of the most epic and ambitious war movies ever made. During the winter of 1950, in the freezing cold Lake Changjin region, a bloody battle ensues between the United States and China. Faced with the harshest conditions of extreme cold, a lack of rations and vast differences in weaponry, the Chinese troops forge ahead in what was to become the most critical battle of the Korean war.Co-directed by Tsui Hark (Once Upon a Time in China franchise), Dante Lam (Operation Red Sea), Chen Kaige (Farewell My Concubine) and starring international superstar Wu Jing (Wolf Warrior 1 & 2), The Battle at Lake Changjin cemented its place as the highest grossing war film ever made.
Trinity CineAsia presents The Battle at Lake Changjin on Blu-ray, DVD & Digital from 16th May
Find it on Amazon: www.amazon.co.uk/Battle-Lake-Changjin-Blu-ray/dp/B09RNPBN8Z