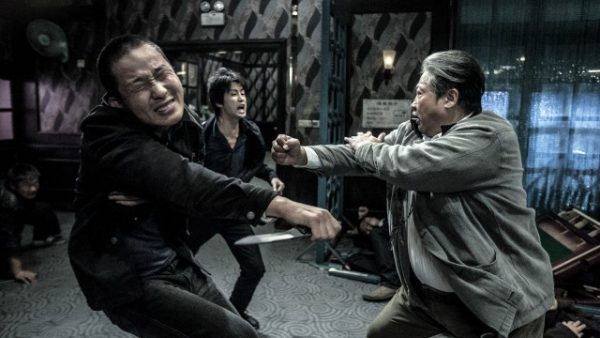 Despite being a little slow in the first half I still loved The Bodyguard; it had a terrific performance by Sammo Hung who proves that he also can still kick plenty of ass when required but the buildup to the climactic fight is also totally worth the wait.

Plot: A retired bodyguard in the early stages of dementia befriends a young girl. When her father’s criminal connections place her in danger, the bodyguard calls upon forgotten skills to keep her safe.

Review: I’ve heard mixed reviews for Sammo Hung’s latest movie and I can understand why it might not be everyone’s cup of tea; the first half is quite slow with little in the way of action but personally I adored every minute.

Instead of wall to wall action we are given character development as we get to know our protagonist Ding (Sammo Hung) and his relationship with the people in his neighborhood, including the daughter of his next door neighbour (Andy Lau) who is a degenerate gambler.

Ding is suffering from Dementia and this role gives Sammo Hung the opportunity to showcase tremendous vulnerability and I think this is one of his best acting performances to date. The film surprised me by just how moving it was as we watch his memory fail and his friendship blossom with Cherry, the little girl next door who he looks after when her father disappears. I’ll admit I found her annoying for a while but then I always find kids annoying in movies because I’m a miserable old bastard. As the tale continues however, we realize just how much she means to Ding as she is essentially his salvation after losing his own granddaughter years before.

Andy Lau appears to be immortal as he never ages; seriously I’ve been watching him in movies for several decades and he doesn’t have any lines around his eyes whatsoever, the lucky swine. He is as always fantastic in this and can make any role believable; even as a compulsive gambler you still want him to succeed but you know he is doomed.

There are several nice cameos so be sure to keep your eyes open for Tsui Hark, Yuen Biao, Eddie Peng and more; even if you’re not enjoying the movie you can play “spot the legend”.

When the action kicks off in the second half it doesn’t disappoint, especially when Ding confronts a roomful of gangsters as he searches for Cherry. I don’t think I’ve seen any other movie with so many limbs being broken in one scene. It’s satisfyingly violent and this fight sequence may be my favourite of the year.

Overall, despite being a little slow in the first half I still loved The Bodyguard; it had a terrific performance by Sammo Hung who proves that he also can still kick plenty of ass when required but the buildup to the climactic fight is also totally worth the wait.