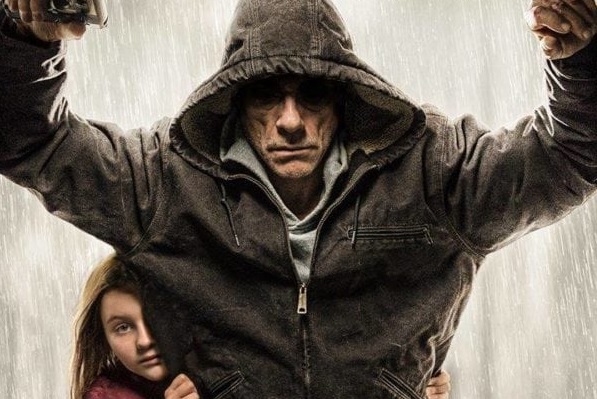 The Bouncer is pretty much what you’d expect from the trailers with a gritty, overly serious atmosphere but a few entertaining moments and a decent performance from JCVD.

Plot: Jean-Claude Van Damme plays Lukas, a nightclub bouncer in his fifties who’s taken punches, literally and figuratively, and struggles to raise his 8-year-old daughter. One day, Lukas loses control during an altercation with a client and ends up in jail, while his daughter gets placed under the care of social services. But things take an unexpected turn when Interpol recruits Lukas to bring down a Dutch ringleader operating from Belgium in exchange for his daughter’s custody.

Review: Today The Bouncer AKA Lukas starring Jean-Claude Van Damme is finally on iTunes after what feels like a very long wait. I knew from the trailers that this wasn’t going to be an all-out action movie but more of a character piece with a few fight scenes.

JCVD knows how to play world weary in his sleep and has essentially been doing that in every movie for the past 15 years and the same can be said for The Bouncer. There was never any doubt for me about Van Damme’s ability as an actor and The Bouncer is one of his most subtle and restrained performances to date. Lukas can clearly take care of himself and shows little emotion no matter what awful thing he is tasked to do by his new employer.

Although he would do anything for his little girl Lukas isn’t all that interesting a character as we never really feel that we get to know him. It’s a deliberate move and keeps things sparse which also includes the script so there is no really memorable or sparkling dialogue. The story isn’t exactly exciting and lacks a sense of urgency just going from one bland family scene to the next job with Lukas’ shady new employers.

The Bouncer tries very hard to be gritty clearly filmed somewhere the sun never shines to make sure you feel no joy whatsoever and there is also nothing in the way of levity.

If you’re looking for wall to wall classic Van Damme then you will find this movie disappointing as once again he displays zero personality but I do think it’s the perfect kind of role for a man of his years. It still has plenty of low-key action with the highlight being when Lukas has to take on a group of guys in a room and the last one standing gets the job as a bouncer in a local stripclub. There is a desperation to the fight where it’s not flashy but Van Damme still manages to come across as tough yet vulnerable as he needs the money to pay for this daughter’s schooling.

Overall, The Bouncer is one of the few Van Damme movies I’m not sure I would revisit all that often as it’s never really a fun watch nor is it particularly exciting. It is at least short and relatively well paced so it’s worth checking out as a rental to see JCVD give a restrained performance.