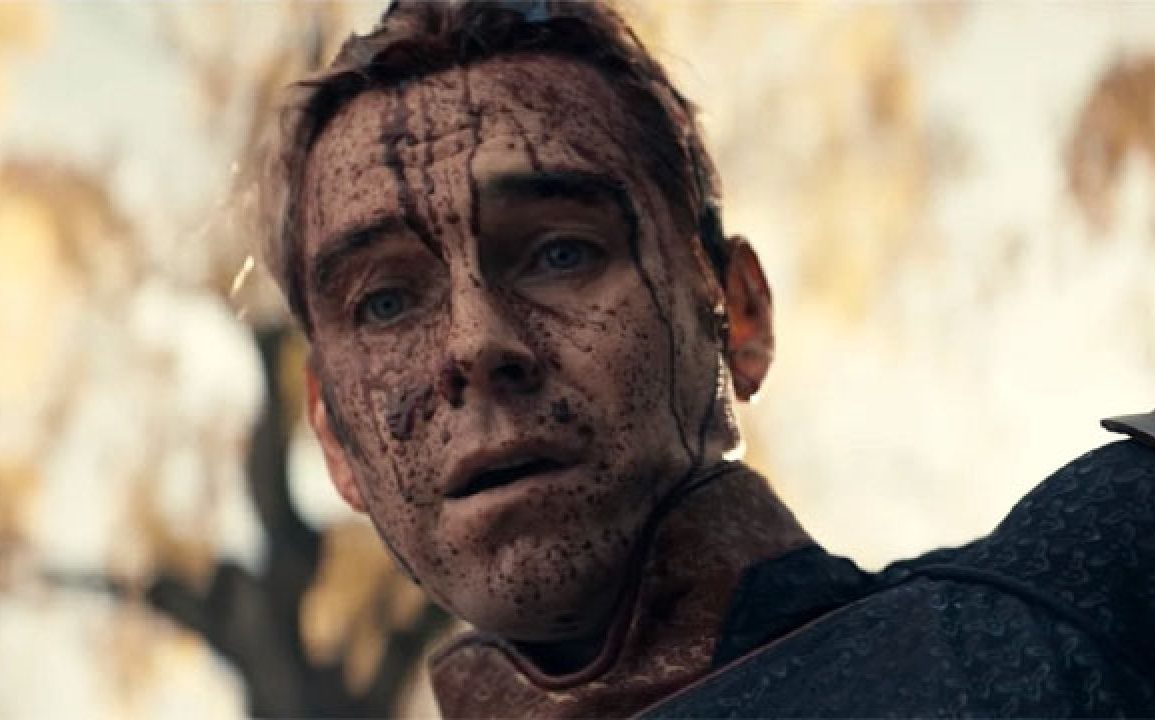 Season 2 of The Boys takes a while to get going and it lacks the shock value of season 1 but there is still plenty to enjoy with the usual black humour, excessive violence and depravity we’ve all come to expect. Anthony Starr once again proves he is an under-appreciated talent and needs to be in more movies.

Plot: In the second season, the Boys continue their efforts to defeat Vought in spite of being wanted by the government. A new development in the conflict arises when Butcher learns Vought is holding Becca captive with a superpowered son fathered by Homelander. As Butcher attempts to rescue his wife, Stormfront promotes her supremacist message through the Seven, seeking to have Homelander lead the superpowered to world domination.

Review: *Spoilers Ensue* The first season of The Boys instantly made it one of the best TV shows currently streaming; it was unlike anything we had seen before and it was essentially the Justice League on acid asking what if Superheroes were real but also what if they were assholes?

I was counting the seconds until season 2 and now it’s finally here; I wish I could say I loved it but am I the only one who find it… a little boring?

It seemed to lack a truly devastating moment like the plane scene in episode 4 of season 1. Don’t get me wrong, there is enough in this season that’s the depraved genius we’ve come to expect like the whale scene (which had me crying with laughter) but also the assault on the testing facility when Mother’s Milk is attacked by a Supe with an… unconventional weapon. It also has all the explicit gore we’re used to with one highlight being Kimiko literally tearing a guy’s face off.

I just found the story seemed to lack urgency with the first few episodes going on longer than they needed to and nothing particularly exciting happening.

The newest addition to the cast Stormfront (played by the wonderful Aya Cash) is truly hateful and they kept her as the Nazi that she is in the comics. She is so arrogant and insufferable that you really hope she gets her comeuppance. Thankfully the second half of the season really picks up and the final episode is particularly satisfying proving that girls do indeed get it done.

Karl Urban’s Billy Butcher is already one of his most iconic roles even if his accent is a bit wonky but he’s such a great character that it doesn’t matter. After finding his wife Becca she tells him she can’t leave her son Ryan who Billy has no time for as he sees him as a “Supe freak”. This puts a wedge between Billy and Becca so he spends a lot of this season lost and angry at the world.

Kimiko really gets to shine and is obsessed with destroying Stormfront after what she did to her brother. Frenchie is still essentially in love with Kimiko but her only wanting with revenge keeps them distant too.

Speaking of Stormfront – interesting side fact is that Hughie is constantly listening to Billy Joel this season and any fan of Joel will remember that he has an album called Stormfront. The more you know!

I always feel like Black Noir doesn’t get quite enough to do and he is such a cool character reminding me of a warped version of Snake Eyes from G.I. Joe… although Noir is a little meaner.

Hughie is still the wet blanket he always was and he is struggling with his life with The Boys and his feelings for Annie AKA Starlight; they are two of the purest souls in the series so despite him being a wuss he is still an appealing character.

I never liked The Deep or A-Train (and I don’t think we’re meant to) but the storyline of them at the church was tedious and I was never really interested in those scenes.

Despite having such a huge and talented cast this is still Anthony Starr’s show who plays Homelander. As I said before he has such expressive eyes where he can be smiling but utterly terrifying at the same time. Homelander needs to be loved by people but when Stormfront starts to take the limelight from him you expect him to go after her but instead he goes to her for help and the two end up getting together and becoming a devastating duo.

There are a few impressive action scenes as I mentioned, and the visual effects are solid; the series is every bit as dark and cynical as ever too having go at corporations and modern social media culture.

Overall, Season 2 of The Boys is a mixed bag but despite a rather slow start the second half is superior and it all ties everything up nicely. I’m looking forward to season 3 with the addition of Jensen Ackles as Soldier Boy so let’s hope we don’t have to wait too long for it.