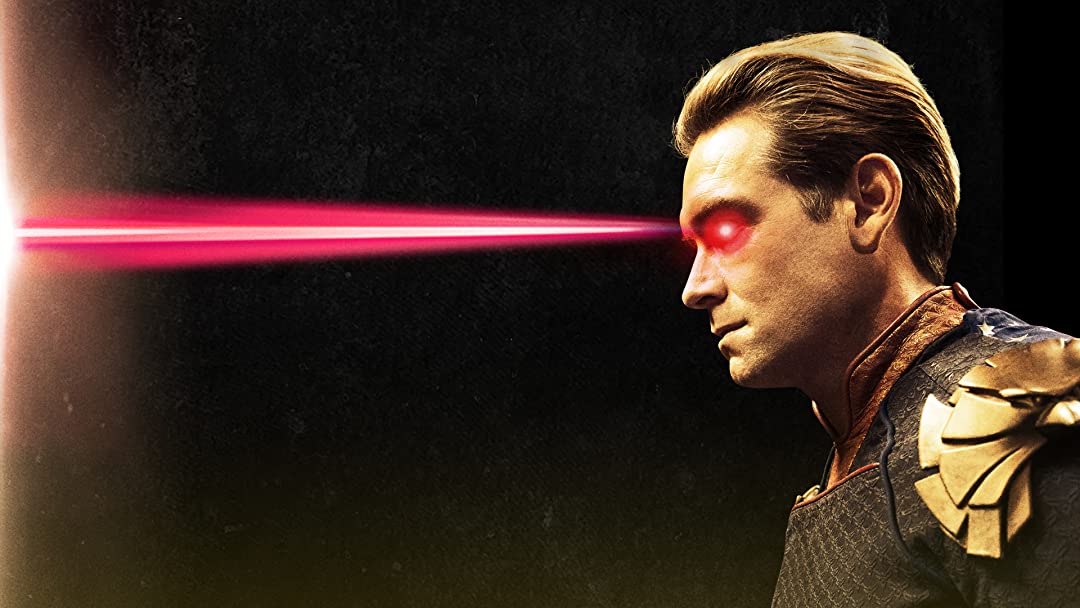 Season 3 of The Boys is the most outrageous to date with too many hilarious and shocking moments to go over here but there is also plenty of Hard R violence and arguably the best action scenes of the series so far. So if you’ve got a strong stomach then then this is well worth checking out.

Plot: It’s been a year of calm. Homelander’s subdued. Butcher works for the government, supervised by Hughie of all people. But both men itch to turn this peace and quiet into blood and bone. So when The Boys learn of a mysterious Anti-Supe weapon, it sends them crashing into the Seven, starting a war, and chasing the legend of the first Superhero: Soldier Boy.[

Review: The biggest issue with The Boys is that any other superhero movies/TV shows simply pale in comparison all coming across as rather bland; that is something this show could never be accused of as season 3 is arguably the most outrageous yet. With the over the top graphic violence and nudity we’ve come to expect, The Boys pulls out all the stops giving us one of the craziest seasons ever put on television. I’ll admit I nearly turned it off in the first episode during the Termite scene as even for me that was too much but it was a funny nod to the whole Ant-Man/Thanos conversation from a few years back. There is more male nudity in this show than I‘m comfortable seeing and the Herogasm episode is a hideous (yet strangely engaging) sequence even coming with a warning before it.

This is a step up after season 2 which I admittedly didn’t love but this season is arguably the most heartfelt yet (especially Butcher’s backstory) and it’s genuinely dramatic as well as ridiculously entertaining.

Anthony Starr deserves every possible accolade for his performance as Homelander managing to make a smile feel like the most sinister threat; he really needs to be cast in more blockbusters as he is one of the best actors working today. The cast are all fantastic with Mother’s Milk (Laz Alonso) proving to be the true conscience of The Boys and Frenchie/Kimiko’s relationship is strangely sweet despite Kimiko being very good at killing people. Hughie and Butcher get a little too addicted to Compound V which gives them superpowers which are not without consequences. It’s cool to see local boy Tyler Williams playing one of the season’s villains and he gets a decent fight with Kimiko too.

We need to talk about the real star of this season and that’s Jensen Ackles as Soldier Boy; he is truly intimidating here and a world away from Dean Winchester. One of the first Supes Soldier Boy (like the majority of Supes) isn’t really a nice guy and is every bit as vile as Homelander; their showdown in one of the earlier episodes is one of the shows’ best ever action scenes. The finale too also has some awesome action really giving us a superhero beatdown that is a joy to behold.

Homelander is such a great character as we love to hate him; we want him to get killed and yet if he did then the show would be nothing without him. He is in a strange place mentally in this season as he is lost without Stormfront and he essentially wants to have a family. You never really sympathize with him though as there is never any doubt that he is a repulsive monster. Speaking of repulsive it’s funny how the Supes are such awful people like The Deep has ruined Aqua Man for me… forever. A-Train has always been a selfish asshole too so it’s really just Starlight and Maeve who want to do the right thing. Noir has one of the most surreal moments of the series where he is spoken to by cartoons which is so bizarre and yet it feels right at him in this crazy world.

There are moments of genuine tension as Soldier Boy and Homelander are both unpredictable, lashing out at anyone at any time; I love the character of Ashley (Colby Minifie) who comes across as brash seemingly only wanting Vought to keep their reputation in tact but really she is in a constant state of perpetual terror trying not to be eviscerated by Homelander.

The Boys never loses its sense of humour sticking in some digs at modern society and the worship of celebrity culture but one of the funniest moments has to be the Dawn of The Seven movie which is advertised like The Snyder Cut of Justice League.

It’s never boring and this is maybe the best paced season yet; there are so many exploding heads and savage moments that I think most genre fans will love every minute.

Overall, Season 3 of The Boys has some of the series best moments to date as well as the most shocking; there are some scenes which go too far but if they didn’t then this wouldn’t be The Boys. There are things you’ll see in this show which you’ve never seen before… whether that’s a good thing or not is up to you.