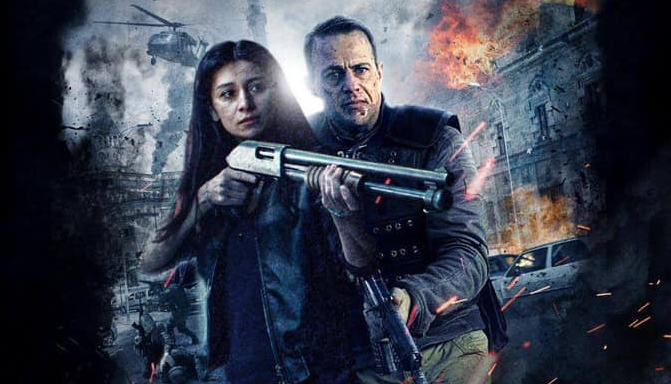 The Brave is an under the radar actioner that deserves your time; it’s currently on Netflix and has some impressive action and memorable characters proving once again that William Kaufman is one of the best action directors working today. Now could we have Sinners & Saints 2, please?

Plot: In an Albanian town known for drug production and trafficking an elite group of cops set out to end the war waged against the local police.

Review: I don’t think it’s possible for William Kaufman to direct a bad film; even with a small budget he has always had a gift to make his movies look glossy and like they have triple their budget. The Brave is no different and once again is another winner with some spectacular action set-pieces which are frankly more impressive than some theatrically released features.

The underrated but always impressive Louis Mandylor stars and although he is your typical cop character who is trying to take down a local crimelord (Armand Assante) he has an interesting backstory like the rest of the characters. Set in Albania this is quite different from your average actioner and starts off with a barnstorming opening sequence that nicely builds up the tension and establishes who our heroes and villains are.

I enjoyed the conversation where one of the characters talks about how Albanians are always portrayed as criminals in Hollywood movies and he would like to see them shown in a more positive light… which the movie then proceeded to do.

One of my favourite characters Agim Hoxha (Igor Jijikine) is a true blue hero and Jijkine is known mostly for playing villains in movies like Safe or Indiana Jones & the Kingdom of the Crystal Skull. This is the largest English-speaking part I’ve seen him do and it was a refreshing change to see him play a positive character who we completely root for.

Armand Assante can sometimes ham it up when playing a villain however, Frank Pedulla is once again more interesting than you would expect due to his past with Agim so he isn’t just your one note antagonist.

I have no clue what the budget was for this movie, but you see every penny up on the screen with some incredible shoot-outs and surely a bodcount in the hundreds. The film climaxes with a 25-minute shoot-out which never fails to impress. There is some CG blood here and there but it looks absolutely fine and never jars.

It has a great score too which really helps to amp up the action scenes; the lone female voice that comes on as we lead up to the final shoot-out works perfectly.

Overall, The Brave is on Netflix now and I went in without having watched any trailers and I was blown away by what could be done with a lower budget. Louis Mandylor shines as our badass hero but the rest of the cast all have their moments too. The action delivers the R-rated goodness making this and The Mercenary my two favourite action movies of 2020 so far.