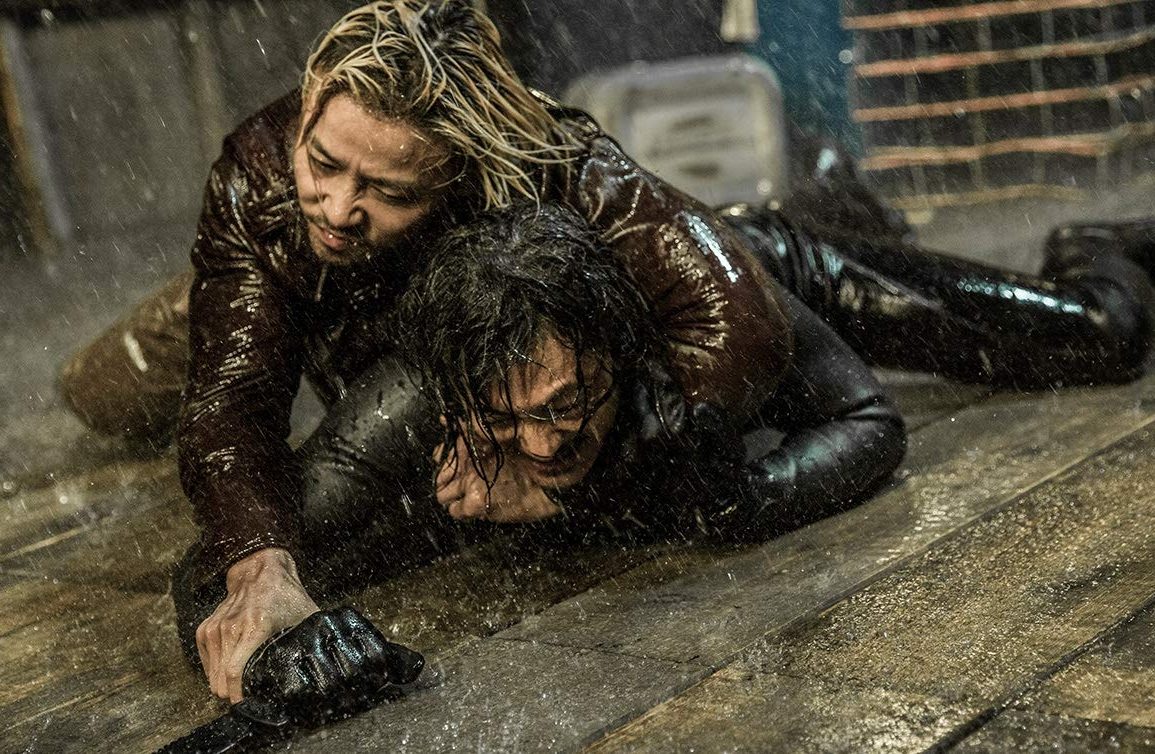 The Brink is another winner for Max Zhang who continues to kick ass on screen with remarkable ease. It has style and action aplenty making it one of the best action movies of the year.

Plot: A renegade cop is on a mission to bring a shady smuggler to justice by any means necessary. When his investigation leads to a Triad mob boss and global smuggling ring, his manhunt quickly turns from local misconduct into a violent international incident. A relentless barrage of high flying action and explosive fight sequences, in this breakneck thriller, once the fists start flying, they never stop – not even underwater.

Review: The rise and rise of Max Zhang continues with the action spectacular The Brink which may be one of my favourite action movies of the year (even though it was technically out in 2017). With its kinetic action scenes and breakneck pacing this is one you need to see.

There are of course no shortage of fight scenes and set-pieces but the finale on a ship at sea is truly epic and is a marvel of visual effects and choreography. Speaking of the visuals The Brink is also one of the most colorful movies I’ve seen this year and the opening ten minutes are a blast of colours which makes the violence almost feel more cartoony but in a good way if that makes sense… it doesn’t.

Anyway, Max Zhang doesn’t look like your typical action star as he isn’t particularly tough or muscular looking but he has the brooding down and is still a sympathetic but believable lead. He is a man of few words in this movie he blames himself for the death of a fellow cop and is sent away for it before the charges get dropped. When he gets out Tung (Zhang) sets his sights on Shing’s (Shawn Yue) gold smuggling business and wants to take him down as he sees the gold as a corrupting influence and thinks it should be destroyed.

I love Max Zhang’s wardrobe in this movie as it’s just as colourful as the cinematography and his blonde dyed hair really makes him look so different from usual. He certainly has the moves too with some brutally efficient fight scenes all leading up to the climactic battle at sea.

Shawn Yue is a wonderful villain; he is nasty but not totally heartless but a complete badass who never loses his cool no matter what.

The music score is fantastic as well with some righteous electric guitar and pounding percussion elevating the action scenes with a shot of adrenaline; admittedly the operatic voice at the end caused some unintentional mirth.

Overall, The Brink is one of the best action movies I’ve seen for some time and should be put on your radar ASAP.