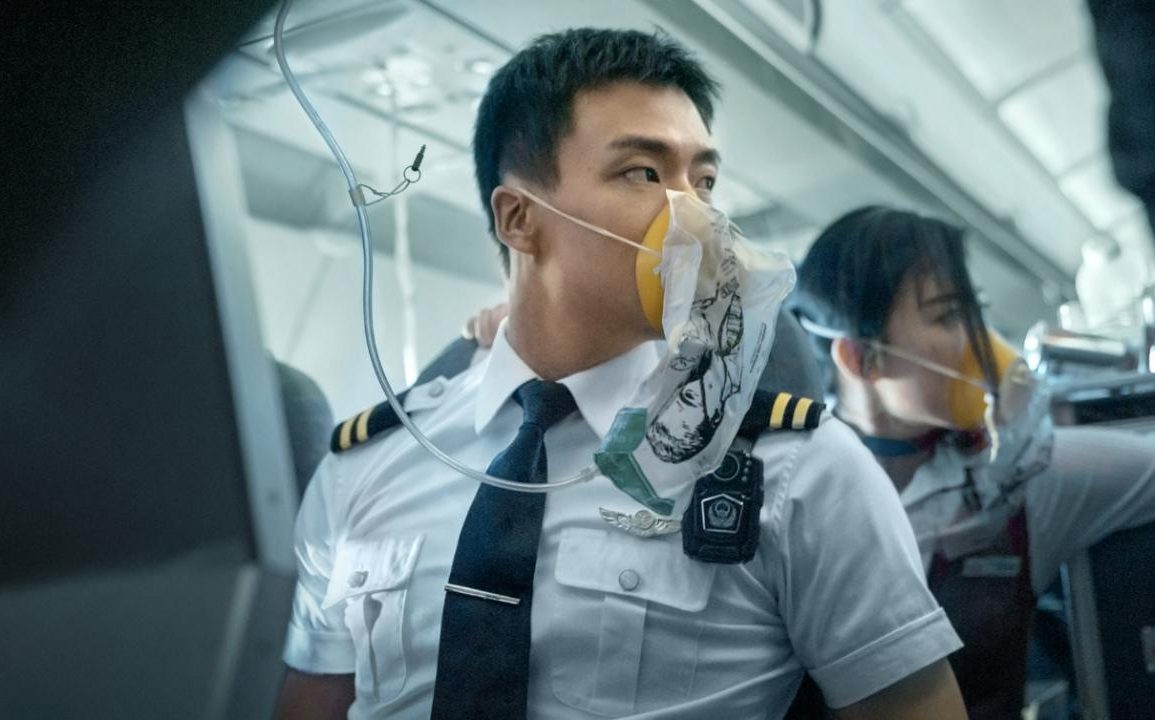 The Captain is an hour and 50 minutes of pure stress with several intense moments but it’s let down by some unconvincing visual effects and it goes on for too long. Worth watching once but not a film you would want to watch regularly.

Plot: Director Andrew Lau’s cinematic portrayal of the most miraculous emergency landing in the contemporary history of Chinese aviation.

On the morning of May 14th, 2018, Airbus flight A319 is thrown into a state of panic when the cockpit windshield shatters after takeoff. Cabin temperatures plummet, passengers are losing consciousness, and all communication to control is lost. Heading into an enormous storm with the co-pilot sucked halfway out of the cockpit window, the plane’s strong-willed Captain, Liu Chuan Jian, is determined to bring everyone home safely.

Review: Although inspired by the Miracle Over the Tibetan Plateau the events that take place in The Captain are fictitious but that doesn’t make it any less of an intense ride.

The first 30 minutes establishes the characters with the stewardesses frankly behaving like robots where they all practice their scripts for work, check their fingernails for dirt and generally prepare for their flight with military precision.

The Captain of the title is Liu Chuan Jian (Hanyu Zhang) who promises his daughter he’ll be home for her birthday that night which slightly humanises him and is the only scene where he shows any real emotion.

Most of the plane passengers are one note so we never really care about any of them or even find out their names; despite looking stunning on Blu-ray with amazing sound the CG is iffy at best and you can’t help feeling like the movie is made for TV. It’s a similar tale to Sully (starring Tom Hanks) but that is the superior film as we felt like we got to know the Captain of the aircraft properly.

This is a movie that is essentially over at the 90-minute mark but it then bafflingly continues on for another 20 minutes and refuses to end.

The moment the airplane windshield cracks is when the film kicks into gear and despite the unconvincing visuals at times it’s still exciting and tense with sequences that will have you on the edge of your seat.

I’ve always hated flying and this movie hasn’t helped the situation as there are several harrowing scenes; there is some innovative camera work which helps add to the tension and there is no denying this is a slickly made film.

Overall, The Captain is a one-time watch for me as it’s let down by unconvincing visual effects and goes on for 20 minutes longer than it needs to but it is at times thrilling and the picture and sound quality are flawless so if it comes on Netflix and you feel like the plague isn’t giving you enough anxiety then check it out.