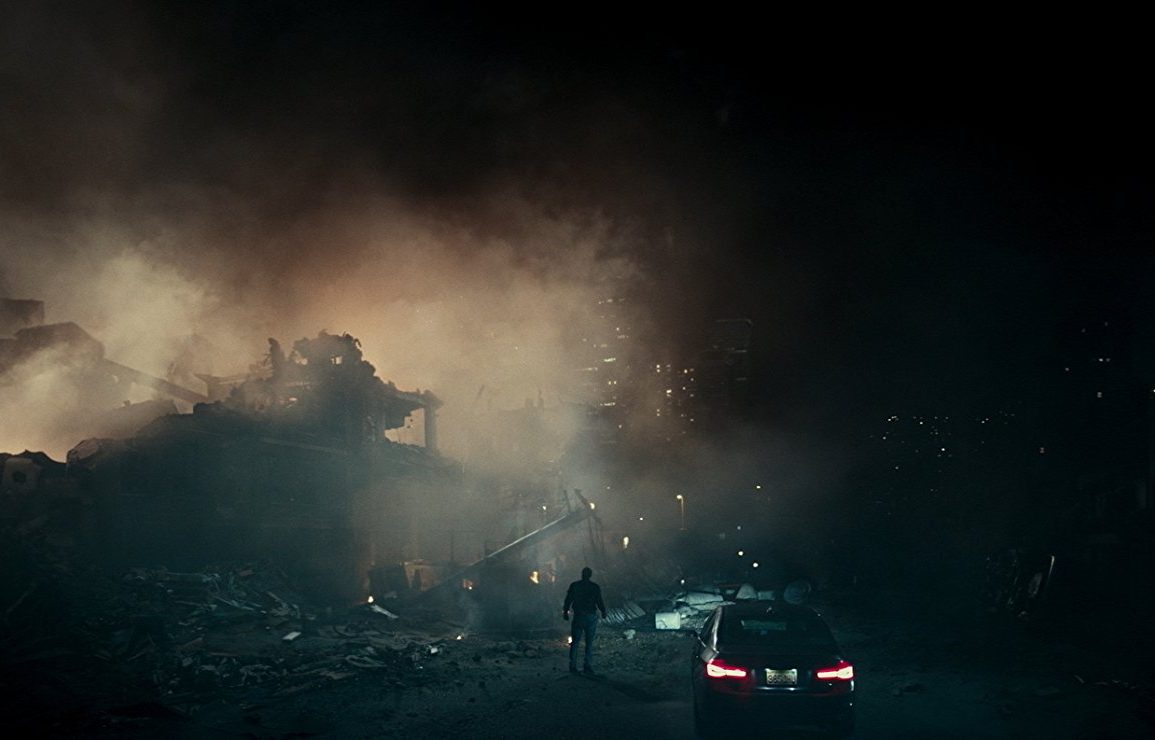 The Cloverfield Paradox has impressive visuals and starts off well but rapidly goes downhill as it steals from every sci-fi movie in the book and doesn’t create anything memorable in the process.

Plot: Orbiting a planet on the brink of war, scientists test a device to solve an energy crisis, and end up face-to-face with a dark alternate reality.

Review: We all knew this movie was coming (previously called God Particle) but I don’t think any of us expected it to be released on Netflix the same day as the trailer right after the Superbowl. The Cloverfield Paradox has had varying reviews with people stating that it doesn’t have much of a connection with the other two movies but that really is the least of the movie’s problems. It actually does have a few connections which I won’t spoil here but it certainly felt like it belonged in the Cloverfield universe.

It starts off well with some impressive visuals and for the first half hour I got an Event Horizon vibe with this sure to be doomed crew sent into space as they try to save mankind from extinction.

Our hero Hamilton is played by Gugu Mbatha-Raw who is immediately appealing as is her selfless husband who says she has to go on this mission or mankind is doomed. The only other crew member who is particularly likable is David Oyelowo’s Kiel; he is one of the finest actors working today and gives it his all in every scene.

Chris O’Dowd provides the film’s humour and has all the best lines but none of the rest of the cast are particularly sympathetic and you are just ticking them off as they are killed.

After a strong and exciting build-up the film descends into absolute nonsense; the “arm” scene was unbelievably dumb and I’ll be honest and say it lost me from there. I stuck with it as I wanted to see how it ended but it was all over the place in terms of what kind of movie it wanted to be. Was it Sci-fi? Horror with some Action? Mystery? It’s all of the above but it spends most of the movie ripping off many other better movies and I never really cared about any of the cast or the thin plot.

In terms of action there is a fight scene at the end and things explode at a regular basis but nothing all that exciting.

Bear McCreary’s score was the best thing about it and gave the story a greater sense of scale and the visual effects are practically flawless. The set design for the ship itself was nicely done but it all just got too silly, too quickly for me.

Overall, The Cloverfield Paradox is the weakest of the 3 films so far; it’s not terrible and has some impressive visuals but it lost me early on by getting very dumb and having few characters to actually root for. Maybe check it out as it’s free on Netflix but it was very disappointing and hard to recommend.