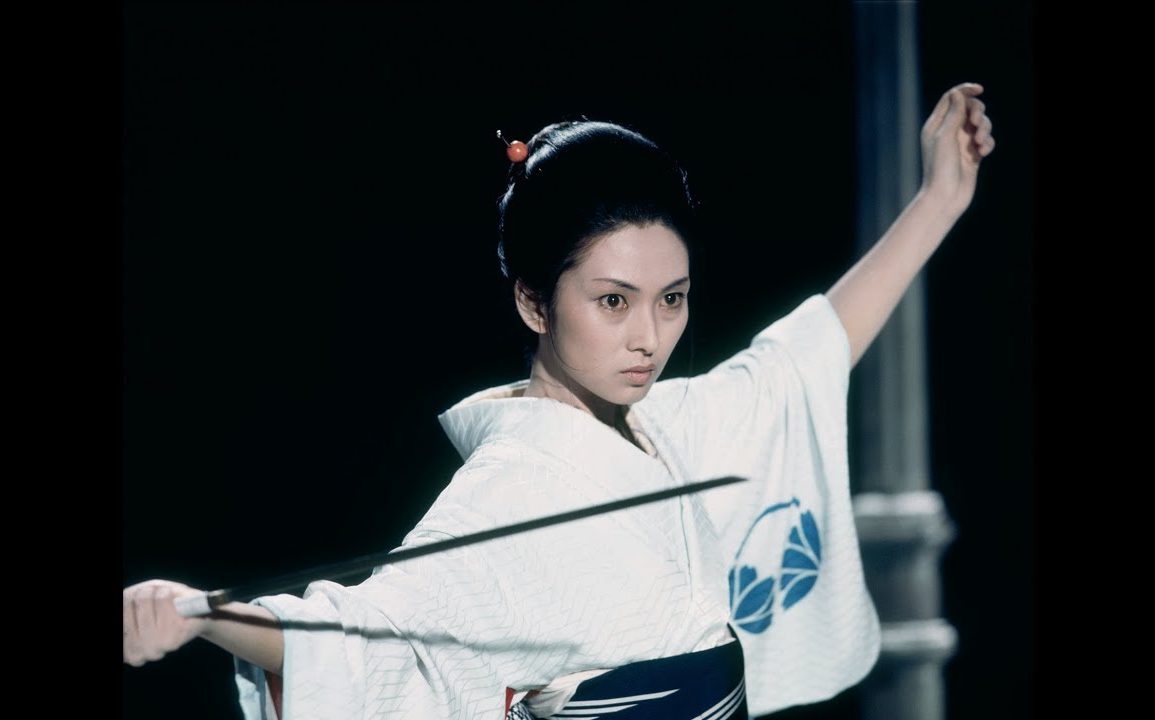 The Criterion Blu-ray of The Complete Lady Snowblood is worth picking up simply to own the first movie which remains a visually striking blood soaked masterpiece however, the sequel is inferior with no real reason for it to exist.

If you’re a fan of Quentin Tarantino’s Kill Bill films then you’ll likely know that the Lady Snowblood pictures were a bit of an inspiration for them. I recently picked up the Criterion Collection Blu-ray of both movies and thought it was time we covered these rip-roaring rampages of revenge.

Plot: Gory revenge is raised to the level of visual poetry in Toshiya Fujita’s stunning Lady Snowblood. A major inspiration for Quentin Tarantino’s Kill Bill saga, this endlessly inventive film, set in late nineteenth-century Japan, charts the single-minded path of vengeance taken by a young woman (Meiko Kaji) whose parents were the unfortunate victims of a gang of brutal criminals. Fujita creates a wildly entertaining action film of remarkable craft, an effortless balancing act between beauty and violence.

It may be a product of the time period but Lady Snowblood still oozes style and it’s hard to dislike any film that has so many fountains of blood. This is a relatively straightforward revenge tale with our protagonist Yuki seeking vengeance on the group who murdered her father and raped her mother. The quest for retribution was started by Yuki’s mother but after she passes away the task is passed on to Yuki who will stop at nothing to take down the people who destroyed her family.

Meiko Kaji is wonderfully restrained as she kills without remorse but also laments that she was denied a real childhood only really living to kill.

At 97 minutes Lady Snowblood is well-paced and visually stunning even after all these years; you rarely want to take your eyes off the screen in case you miss an amazing shot. The music and visual style you can clearly recognise as Tarantino homages it regularly including breaking the story down into chapters. The song in the film “Shura no Hana” is performed by Meiko Kaji and Tarantino would end up using it in Kill Bill.

This is set around the Meiji period which is also when the Rurouni Kenshin films take place; too bad we’ll never get a crossover as that could have been epic…

Overall, Lady Snowblood is still as visually spectacular as ever with imaginative gore and geysers of blood used to mesmerising effect. Meiko Kaji really made the role of Yuki her own making us root for her all the way as she hacks her way to retribution. 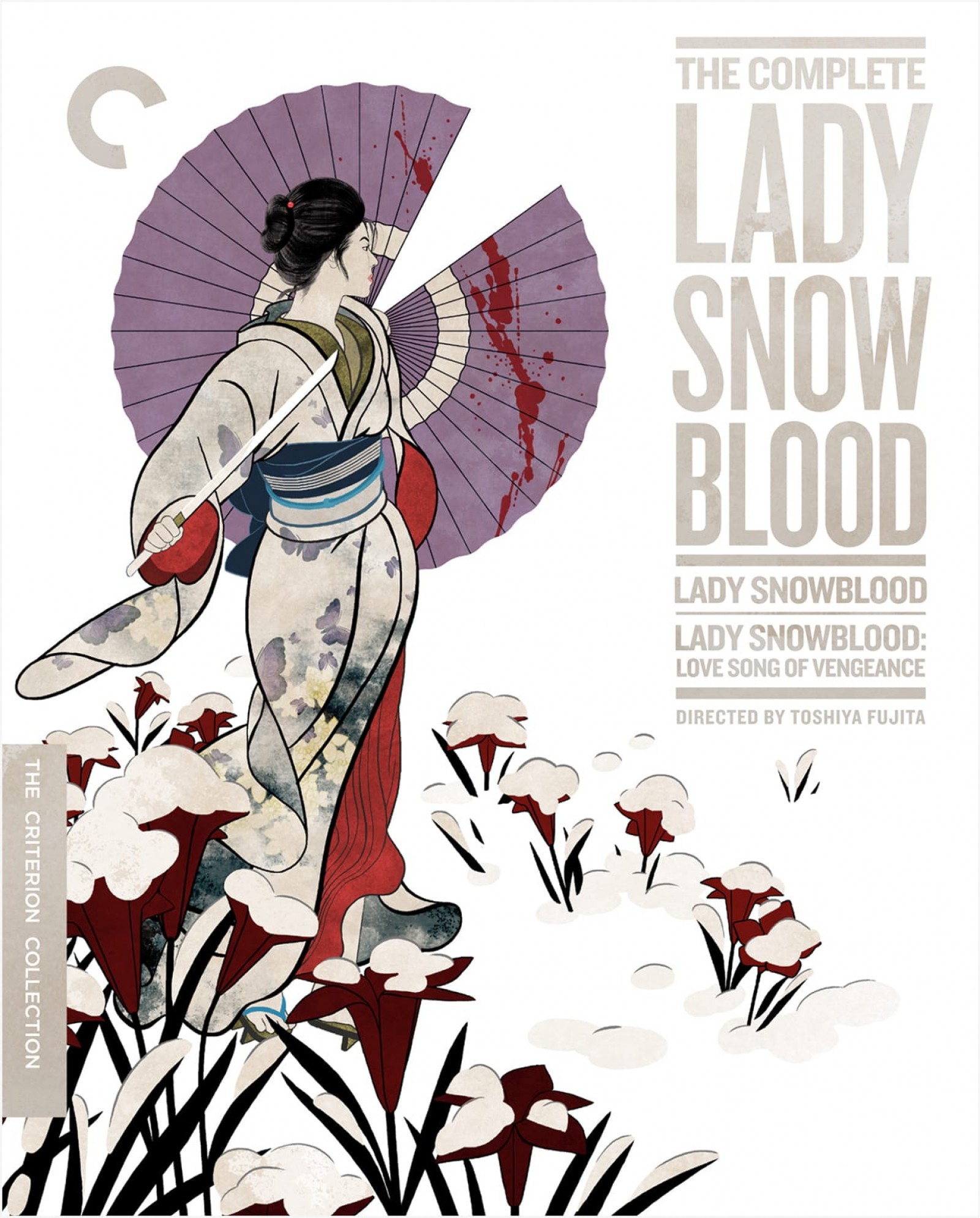 Plot: Meiko Kaji returns in Toshiya Fujita’s invigorating sequel to his own cult hit Lady Snowblood. Our furious heroine is captured by the authorities and sentenced to death for the various killings she has committed; however, she is offered a chance of escape—if she carries out dangerous orders for the government. More politically minded than the original, Lady Snowblood: Love Song of Vengeance is full of exciting plot turns and ingenious action sequences.

I’ve always felt this sequel was unnecessary and lacking the mesmerizing visuals and fast pace of the original. It’s not without its moments and still has lots of bloodshed but considering this is only 89 minutes it feels longer and Yuki almost feels like a supporting character in her own film while there are so many different characters with their own machinations.

There are several sword fights and the sequence on the beach near the start is a visual highlight and as the synopsis says this is filled with more political intrigue than action; it could be argued that its refreshing to see the story go in another direction so it’s not a simple rehash of the original but it doesn’t really develop Yuki as a character as she spends most of the movie watching other people do things.

Overall, Lady Snowblood: Love Song of Vengeance is an inferior sequel to the original classic but it still has enough bloodshed to warrant a one time watch; I still think the first movie is so good it didn’t require a follow up.

The interviews on the discs provide some interesting backstory to Lady Snowblood especially with Kazuo Koike who wrote the manga that inspired the original films; he didn’t write it to make money but just because it was a story he wanted to tell as he felt we needed more female assassins in movies so he was very much ahead of his time in his thinking.

Both movies have been remastered nicely so if you’re a fan of Lady Snowblood this is worth adding to your collection.