The Crow – My Favourite Comicbook Movie

It’s been a few years since I sat down and watched this Gothic masterpiece so last night (Devil’s Night) I figured was a good time to revisit The Crow starring Brandon Lee (RIP).

I remember seeing The Crow twice in the theatre back in 2004 and being blown away by it as it wasn’t like anything I’d seen before. Director Alex Proyas brought a unique visual style to the film which many have copied since but none have bettered.

As everyone knows, Brandon Lee was tragically killed on the set and the movie had to be completed using doubles and digital trickery. What was so surreal is that Lee died while filming the scene where his character also dies. To complete the film, stunt double Chad Stahelski, who was a friend of Lee’s at Inosanto Academy, served as a stand-in. As you know now Chad directed the awesome Keanu Reeves’ film John Wick and several movies since.

Although casting a massive shadow on the film, Lee’s death also strangely gave the movie even more emotional depth. The story felt more real and it was like genuinely seeing him coming back to life after being taken too soon. The Crow has such a dark story and the true life tragedy behind it only intensifies it; I can’t think of any other comic book adaptation that has as much heart and soul since this movie…

Lee really gave the performance of his all too brief career, making Eric Draven immediately likeable and sympathetic. The scenes between Eric and Shelley feel genuine and authentic and that’s purely due to the talent involved in the film.

The bad guys, two of which are played by David Patrick Kelly and the legendary Michael Wincott are pure evil; they murder and rape without remorse and are some of the nastiest villains you’ll ever see. Wincott also brings a deadpan wit to the film as Top Dollar and his “maybe we should videotape this” line is one of my favourites. The script has so many quotable lines like “it can’t rain all the time” and “Is that gasoline I smell?” to name just a couple. 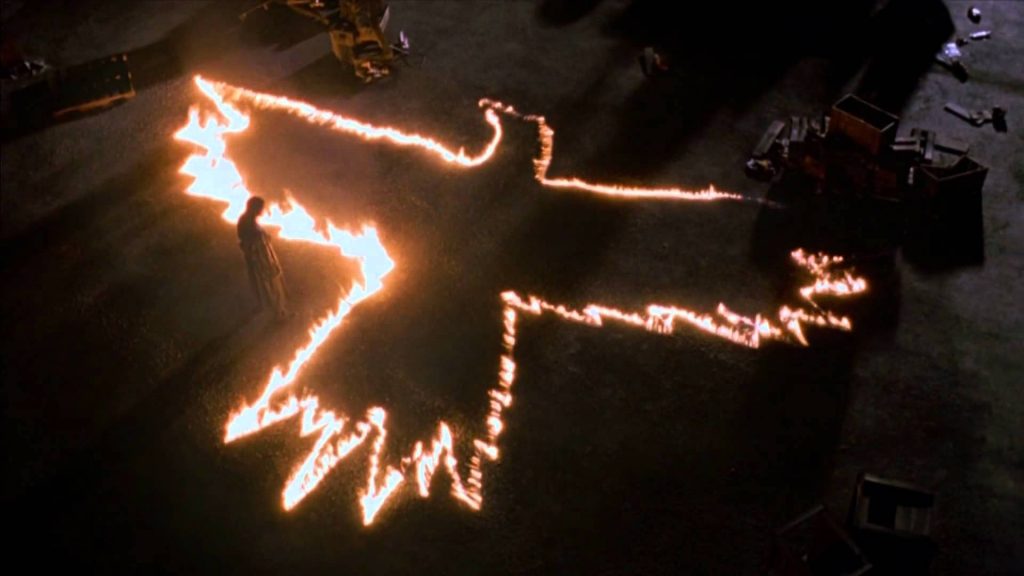 I always thought Rochelle Davis was quite the find as Sarah, the young girl who is friends with Eric and Shelley; she didn’t go on to do much which is a shame as she was a fine actress and never the annoying early teen stereotype that she could easily have been.

The sumptuous Gothic visuals really create an atmosphere of a Hellish world in which there is no escape and The Crow remains director Alex Proyas’ masterpiece.

Graeme Revell provides arguably the finest music score he’s ever written and it’s achingly sad in places; it’s also incredibly influential and was used in countless trailers for several years. Some of the music is a bit 90’s sounding now but that will happen no matter the era and it still works perfectly in creating the atmosphere.

The action is mostly some impressive explosions and a few fights with violent kills which admittedly happen off screen and you can tell that the film has had some scenes trimmed. The best scene though is the shoot out in Top Dollar’s lair with Draven taking on dozens of goons without getting a scratch.

There is a rare workprint floating around which has some added footage like the scene below which features Michael Berryman as The Skull Cowboy.

Other scenes are detailed on the Worldwide DVD Forums from a user called Jack Craven:

After all these years The Crow remains a haunting and moving comic book adaptation; there are many I love like Batman Begins and various incarnations of The Punisher but The Crow is the one which sticks with you long after watching and is a true classic. I’m glad the remake fell through and hopefully it will stay dead as I love this movie to pieces and as we all know real love is forever…