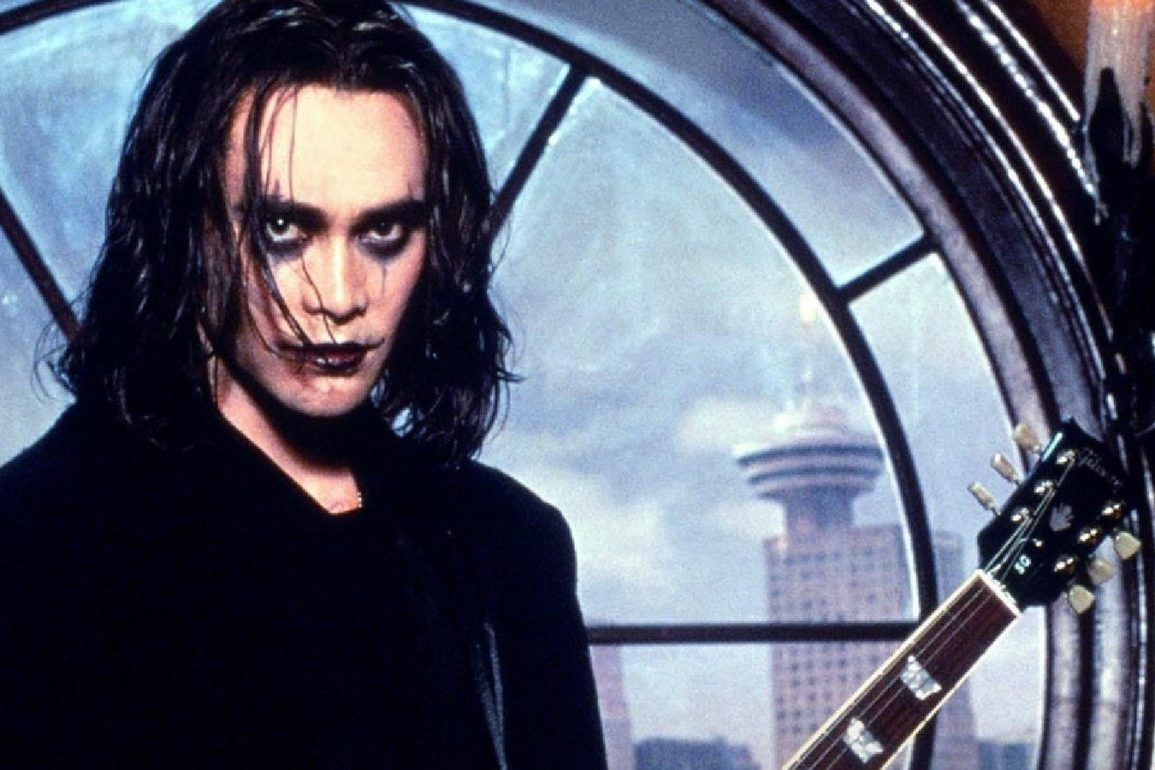 Nothing will ever match the Brandon Lee classic but I think The Crow: Stairway to Heaven feels like a legitimate sequel with Mark Dacascos as engaging as ever giving the series extra soul as well as demonstrating his awesome on screen fighting skills. It feels like a product of the time but there’s still plenty to enjoy.

Plot: A deceased street musician returns to life, and must restore the balance between good and evil to be reunited with his dead girlfriend.

Review: The Crow is arguably still my all-time favourite comic adaptation and no one will ever live up the greatness of the late, great Brandon Lee as Eric Draven however, of all the Crow’s that came after the 1994 classic I think it’s fair to say Mark Dacascos was perfect in the role. Not only does he look like Brandon Lee but he captures some of the mannerisms too.

I’ve always had a soft spot for The Crow: Stairway to Heaven and despite feeling very much a product of the late 90’s it’s still a hugely entertaining show. Dacascos brings the right amount of heart and humour to the role (especially when he transforms into The Crow) but sometimes you can forget what a great on-screen fighter he is. He really could move, and the fight scenes still hold up where he gets to show off his martial arts prowess. Mark deserved to become a huge star but I’m pleased to see him still get sizeable roles in movies like John Wick 3 and any time I see him interviewed he comes across as a great guy.

Stairway to Heaven has television show production standards so it loses the dark gothic visuals of the original movie and far too much takes place during the day. Like most TV shows it was filmed in Vancouver where it seems to rain all the time (the song lied!) so it does at least have some moodiness to it.

It starts off as pretty much a watered-down remake of the movie exploring Draven’s resurrection after he and the love of his life Shelley are murdered. We get to see more of their relationship throughout the series (usually in flashbacks) but it’s nice to see Shelly fleshed out a bit more.

For some reason I never took to Albrecht in this series as Marc Gomes makes him very hard edged; I guess it makes him more believable as a cop but I thought Ernie Hudson made him far more sympathetic in the movie.

Katie Stuart was well cast as Sarah Mohr not only looking like Rochelle Davis (who played her in the movie) but also capturing her spunky personality.

Every episode gives us several fight scenes and at around 43 minutes each they are usually well paced and Dacascos’ sheer magnetism shines through.

I like how they keep Graeme Revell’s theme from the movie as the main title music as it is filled with sadness and gives it extra heart. There really was some whiny music in the 90’s so of the songs used are awful but once again they are a product of the time.

Some storylines work better than others and the idea of Draven being arrested and tried for the murder of Shelley felt dumb as they literally have video footage of him being tossed out the window so that never made sense to me. I always thought after he took out the people responsible for he and Shelly’s murder then he would be at peace but he is kept on Earth to continue fighting injustice. It shouldn’t work and yet I still got into it and just took it as the escapist entertainment it’s meant to be.

It surprisingly works well as a television show and it’s too bad we never got a second season as it ended with a cliffhanger which never got resolved.

Although there aren’t too many other A-list names in the cast we do get to see NCIS regular Mark Weatherly as a villain in the final episode which was enjoyable as well as Supernatural’s Ty Olsen as Fun Boy. Brendan Fletcher also shows up and you’ll know him from Uwe Boll’s Rampage movies; in one of the final episodes we meet Eric Draven’s long lost brother played by Corey Feldman.

There’s a nice Drive reunion as Kadeem Hardison appears in several episodes as the Skull Cowboy.

I thought the episode with Casey Thompson (the little boy who died and misses his dad) was quite heartbreaking and arguably the most moving of the entire series.

Bobbie Phillips is also rather awesome Hannah Foster, a female Crow who really struggles with coming back wanting only to be reunited with her daughter.

Despite some flourishes of humour The Crow: Stairway to Heaven maintains a somber tone and for me at least it remains the only proper sequel to the Bandon Lee movie.

Overall, The Crow: Stairway to Heaven may be a little dated but Mark Dacascos is the best Crow since Brandon Lee really going into the character of Draven and The Crow while also providing regular impressive fight scenes. Some of it doesn’t always work but it still surprisingly remains heartfelt and rewatchable. With all of the remakes/reboots falling through of The Crow it’s too bad we never got a second season of this to bring closure to Draven’s journey.