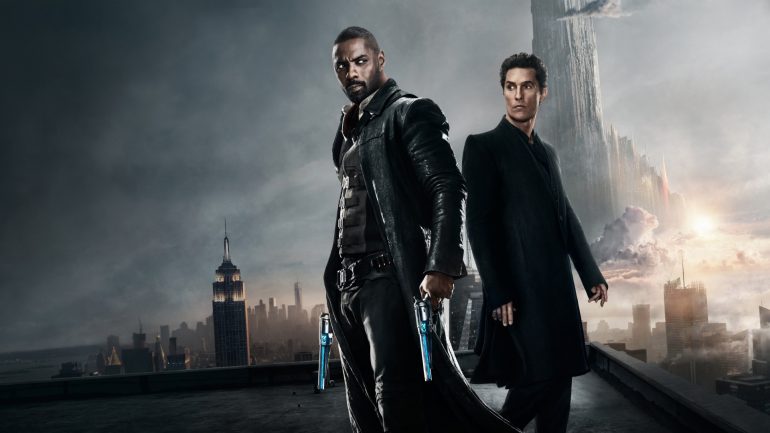 The Dark Tower isn’t as terrible as some critics would have you believe and the cast are all superb but you can’t help but feel this was a missed opportunity as the world that was created seemed far more interesting than what we got to see.

Plot: Roland Deschain (Idris Elba), the last Gunslinger, is locked in an eternal battle with Walter O’Dim (Matthew McConaughey), also known as the Man in Black. The Gunslinger must prevent the Man in Black from toppling the Dark Tower, the key that holds the universe together. With the fate of worlds at stake, two men collide in the ultimate battle between good and evil.

Review: Critics haven’t exactly been kind to this Stephen King adaptation and  it’s currently sitting at 18% on Rotten Tomatoes; so is it really that bad? Well, it depends. If you’re a fan of the books then I imagine you will hate it as so much will be missing from the story. Personally, I’ve never read the books so I’m judging it purely as a standalone movie and despite the flaws I still found plenty to enjoy.

The cast are all superb with McConaughey in sparkling form as the Man in Black; he’s the type of bad guy who just casually kills people usually just by saying a few words and they drop like flies. He doesn’t even stick around to see the aftermath of his actions so he’s kind of like The Joker where he just does things and keeps walking. He never loses his cool and just maintains this quiet menace throughout.

Idris Elba was the old-fashioned lone hero as Gunslinger Roland Deschain; he has real screen presence but also some impressive skills with his guns. He is after the Man in Black wanting revenge for the cruel murder of his father but when Jake Chambers shows up his priorities change. I even liked the kid Jake (Tom Taylor) who was sympathetic and never annoying; you are rooting for him from the start and when we see him confronting a bully at school we can tell that this a fighter with heart.

The music score was one of my favourite elements as it was done in the style of a Western which this essentially is but with some fantasy elements thrown in.

Many critics have described the film as hollow but I found myself caring for our two heroes and wanted them to complete their quest, so it can’t have been that bad.

At no point did I ever think I was watching a terrible film but it certainly felt like a lot was missing; you could see there was a much larger world which we really wanted to explore more of but the fact that the runtime was a mere 95 minutes was a telltale sign that this wouldn’t be a successful adaptation. Everything felt a little too rushed and the ending especially was messily handled; it was like the studio ran out of money and just wanted to wrap it up quickly.

The plot was quite predictable and you could tell the direction it was going; it was the old story of good vs. evil but didn’t really offer any great insight or depth. It also lacked twists or turns and sadly you’ve seen half the film already in the trailers.

There was the odd moment of noticeable CGI and the action lacked a sense of scale to make it truly standout however, the shoot-out at the end was pretty awesome and arguably the action highlight of the whole film.

Overall, The Dark Tower isn’t as terrible as some critics would have you believe and the cast are all superb but you can’t help but feel this was a missed opportunity as the world that was created seemed far more interesting than what we got to see. There is apparently going to be a TV series which I think is the best way to handle a story of this size; I hope the cast return too. This will likely crash and burn at the box office which is a shame considering the talent involved but you’ll spend the rest of your day wondering what might have been.