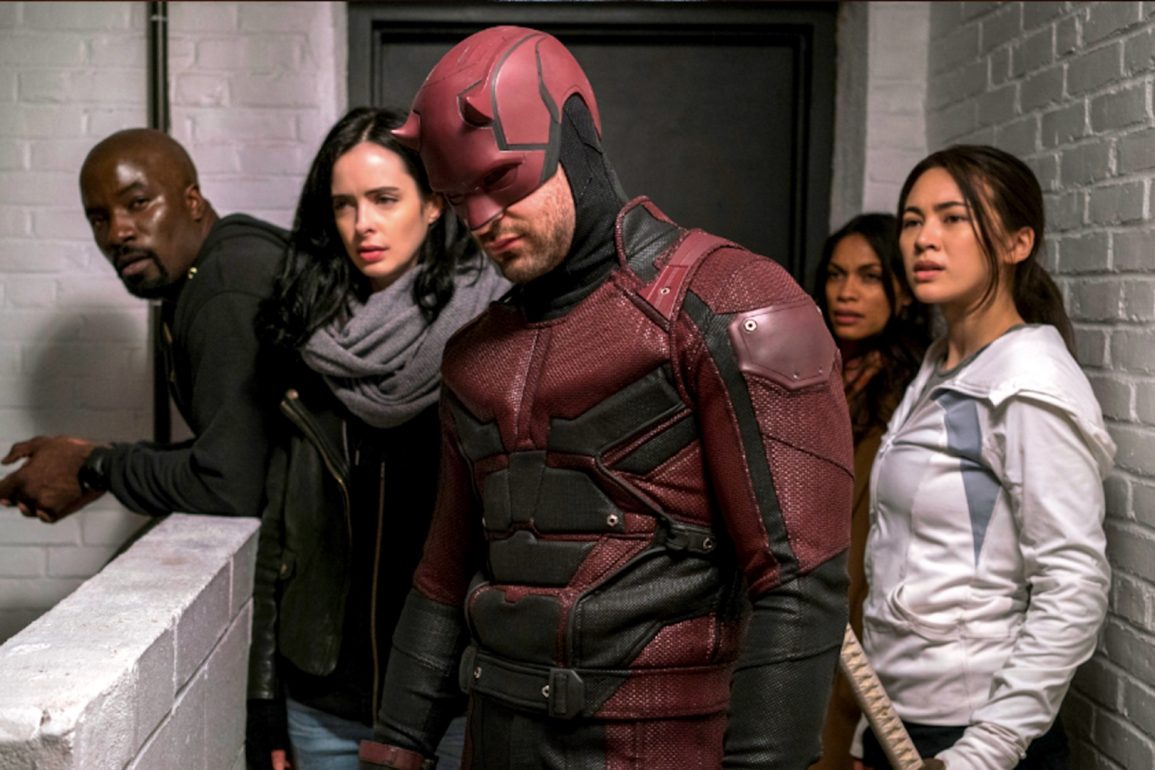 The Defenders may not be life changing television but after a slow start the action is plentiful and the characters are genuinely heroic all coming into their own. It’s a shame we won’t get a second season any time soon.

Plot: Four of Marvel’s biggest heroes are each working individually but have one common goal in mind — to save New York City. Burdened with their own personal challenges, Matt Murdock (Daredevil), Jessica Jones, Luke Cage and Danny Rand (Iron Fist) realize that they likely won’t be able to accomplish their goals working solo. That realization leads them to team up and form The Defenders, a supergroup that is more equipped to save the Big Apple than the heroes would be if they continued to work on their own.

When this first aired I remember a lot of people found The Defenders disappointing and although I can agree that the first few episodes were slow to get going as the show progressed I found it massively entertaining.

The show unites Daredevil, Jessica Jones, Iron Fist and Luke Cage all of whom are struggling to make peace with who/what they are so they all have their own personal journeys to go on with everyone getting their moment to shine.

This time I did find Danny Rand/Iron Fist a little whiny but one thing happened which I never saw coming… I grew to like Jessica Jones and now I think I’ll try and rewatch her series. Although she is world weary and quite obnoxious she does have some choice one-liners and the way she makes fun of Matt Murdoch’s Daredevil costume provided a few laughs. Luke Cage is a pure hearted hero who I was rooting for from the start and now I feel I need to give his show another try as well.

The Hand return as the main villains with Madame Gao as hateful as always and yet you kind of have a grudging respect for her as she looks harmless but is actually a fierce warrior. The main “villain” however, is played by Sigourney Weaver in one of her better roles of late. She’s played bad guys before and wasn’t all that convincing but Alexandra was more layered and dare I say it sympathetic than we’d maybe expect. I never hated her and could understand her motivations even if she is rather ruthless but I do feel she was a little underused.

Élodie Yung returns as Elektra (or The Black Sky as she’s known) as she has some of the best fight scenes of the show and her main arc is trying to remember who she was before she died. I feel dumb even writing that but it’s Marvel so whatever…

Some have complained that this series was too short; I wonder if these are the same people that complain that 13 episodes are too many. Make your mind up, people! I thought the length was just right so it kept the pacing tighter and from episode 3 onward it has plenty of action; this isn’t the kid friendly MCU remember so we have some decapitations and other limbs being chopped off making for a fun watch.

There is some light hearted banter as our heroes slowly get to know each other but when they are all in a room together kicking ass it’s difficult not to have a smile on your face. Some of it is a little too darkly lit especially in the final episode but there is plenty of action and the fight scenes are nicely done, if never quite as impressive as the first 2 seasons of Daredevil; Iron Fist vs. Luke Cage was a particular highlight in this.

You do feel that Daredevil is definitely the star of the show as this continues on where Season 2 left off with the other characters being pulled into the story against their wishes. It’s a shame Frank Castle doesn’t make an appearance as I thought I saw him in initial teasers but perhaps I was drunk and imagined it…

Overall, The Defenders may take a while to get going but once it does there are some great fight scenes and the team are a likable ragtag bunch who you’ll be rooting for until the explosive finale.