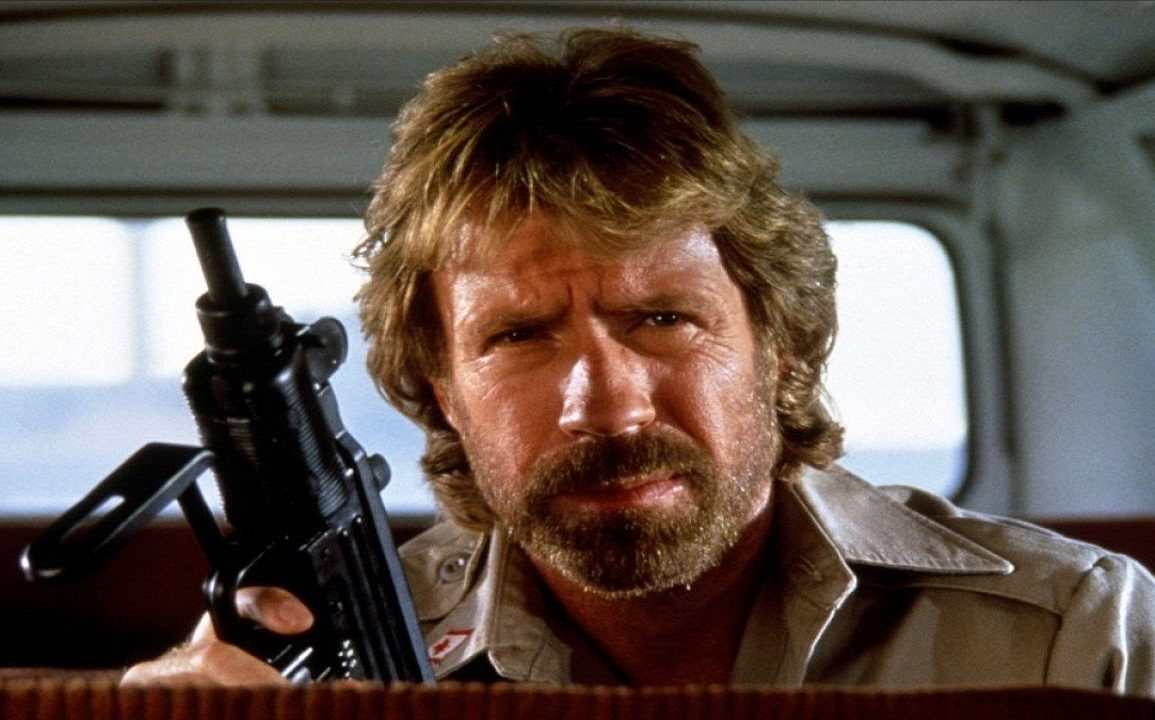 The Delta Force movies are regarded as some of Chuck Norris’ best; from the classic theme tune in the first movie to the action scenes and missile firing motorbikes they really deliver on the cheesy action movie front. So today let’s take a look at which is better.

I always found The Delta Force a surprisingly intense film and despite the cheese factor at times the terrorists were particularly nasty; it was allegedly inspired by true events alluding to the real-life hijacking of a TWA plane in 1985.

It takes a while before the big action scenes get going but the buildup is worth the wait climaxing with an action packed battle between Chuck and the terrorists. Guess who wins? The highlight of the movie is Chuck’s motorbike that has missiles on it; it’s like a cartoon and it’s so awesome!

What a cast too; the film was initially meant to star Charles Bronson and Chuck Norris but the filmmakers decided that having two legendary heroes would be too much epic for one movie and it might make the world spin off its axis and head into the Sun… probably. That simply wouldn’t do so we got Lee Marvin instead… who is also awesome I might add, although this was sadly his last film.

The supporting cast includes Robert Forster, George Kennedy, Robert Vaughn, Shelley Winters and Steve James which is still one of the best action movie casts in the business.

Alan Silvestri’s score is pure 80’s greatness and is one of those earworm tunes that sticks in your head for hours after watching the movie.

The Delta Force remains one of Chuck Norris’ best movies and despite being very much of the time it’s still a massively entertaining actioner.

This is one of my absolute favourite Chuck Norris films. Why? Because the last half hour is action movie Nirvana. Chuck is the ultimate one man army who beats, shoots and explodes his way through an unending stream of inept henchmen.

The best thing about it is Billy Drago as the villain Ramon Cota; he is an absolute bastard who will kill anyone who gets in his way. He’s almost a Bond villain in the classic sense as he’s very theatrical and over the top, but kinda scary at the same time.

John P. Ryan gives a completely bizarre performance as General Taylor who is actually a good guy but manages to be creepier than the villain. You may remember him from such films as Death Wish 4: The Crackdown. I’m not sure if he’s meant to be the comic relief of the film, but he certainly is…

The score is composed by the legendary Jay Chattaway and has the instantly recognizable sounds of the 80’s with heroic action movie music. It’s a great action score with a memorable theme tune too.

Like I said before, the action in this movie is awesome with plenty of fight scenes, shoot outs and explosions, so old-school action fans will love it.

I know I’m in a minority of 1 here but personally I think I prefer Part 2; I love both movies but the last half hour of Delta Force 2 has everything I love about action movies and remains a classic… so does the first one though. Which is your favourite?